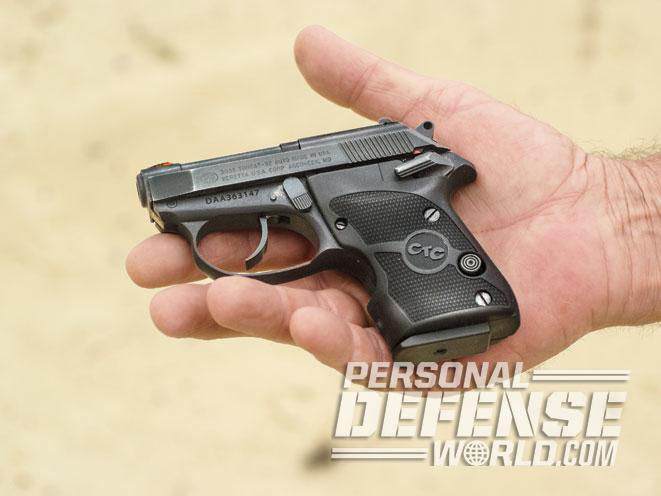 A woman used a .32 ACP pistol to open fire on an intruder who tackled her after she found him snooping around in the garage of her parents’ home in Bloomington, Illinois last week.

Kim Sinnott and her twin sister Tamie Lesher were home celebrating their father’s 75th birthday when an alarm went off in the house at around 1:30 a.m. The family — which included her parents, sister and 13-year-old granddaughter — then noticed a light on in the garage and saw somebody walking around in there.

Sinnott’s mother gave her her father’s .32 ACP pistol while her sister got hold of a pipe, and the two went to the detached garage to check out what was going on. From the outside, Sinnott and Lesher could see a man later identified as 21-year-old Mykale B. Davis in there.

“I told him that I had a gun. I was standing there looking at him with the gun pointing at him,” said Sinnott. “I told him a hundred times not to come out because I had a gun and that I would shoot and that we were waiting for the cops, that we had the cops on the line right now.”

That’s when Davis opened up the overhead garage door and lunged at Sinnott, tackling her. The two fought and eventually, Sinnott gained control of the situation.

“He grabbed me and pulled me down and that’s when I shot (him),” Sinnott said.

Sinnott said she was in fear for her life when she pulled the trigger.

“I shot him just for him to let me go. I don’t know if it was in the leg or in the foot. I was scared to death,” she said.

Police arrived and Davis was taken to be treated for non-life-threatening injuries. He’s been charged with one count of burglary and one count of battery.

The state is still investigating the case, but First Assistant State’s Attorney Adam Ghrist said “based on the facts at this time no charges are anticipated” against Sinnott. 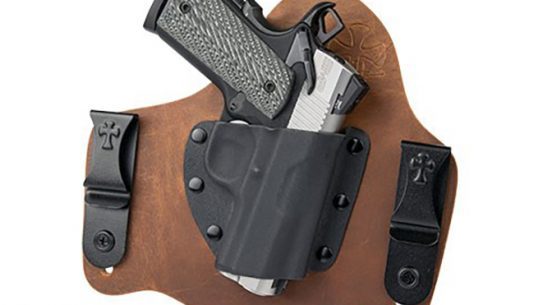