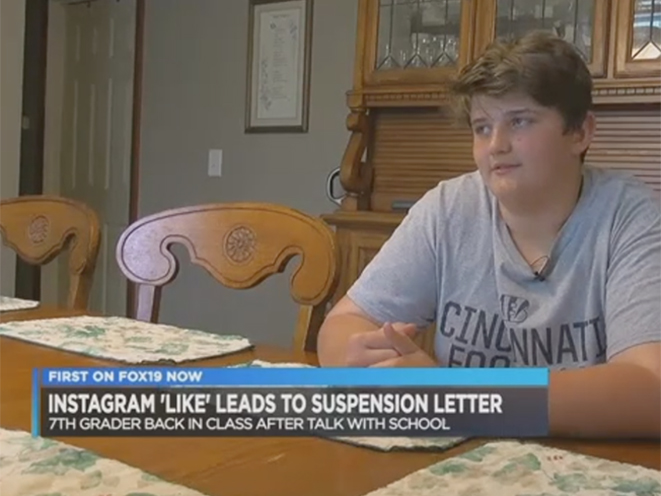 We hate to use this phrase, but “back in our day,” it took a lot more to get suspended from school than it apparently does now. Let’s look at the case of an Ohio middle school student who recently received a 10-day suspension. His offense, according to reports, was simply “liking” a photo of an airsoft gun on Instagram with a caption that read, “Ready.”

We’re not sure how officials at Edgewood Middle School in Trenton were made aware of 13-year-old seventh grader Zachary Bowlin “liking” the photo, but made aware of it they were, and they acted swiftly.

“I don’t think I did anything wrong,” Zachary told FOX19. “[The] next morning, they called me down and, like, patted me down and checked me for weapons. Then, they told me I was getting expelled or suspended or whatever.”

A note was then sent home to Zachary’s parents informing them that the cause of his suspension was “liking a post on social media that indicated potential school violence.”

“I was livid, I mean, I’m sitting here thinking ‘you just suspended him for ten days for liking a picture of a gun on a social media site,” Zachary’s father Marty Bowlin said. “He never shared, he never commented, he never made a threatening post… anything on the site, just liked it.”

Marty told NBC affiliate WLWT that the person who posted the photo on Instagram is a fellow student who—with Zachary and about four or five other kids—plays with airsoft guns in a nearby field. “So I pretty much knew what it was about. So I really wasn’t concerned.”

Edgewood City Schools Superintendent Russ Fussnecker issued a statement pointing to the school’s zero tolerance policy of “violent, disruptive, harassing, intimidating, bullying, or any other inappropriate behavior by its students.”

“As the Superintendent of the Edgewood City Schools, I assure you that any social media threat will be taken serious including those who “like” the post when it potentially endangers the health and safety of students or adversely affects the educational process,” the statement concludes.

“When you’re dealing with school districts nowadays and there are pictures of guns, regardless of the kind of gun it is, it’s a gun,” Fussnecker told WLWT. “And there are certain images or words, I can’t determine if that’s playful or real. And until I can get to an investigation, I have to look into it, those students have to be removed.”

Marty said he understood that the school had to take precautions to protect the students, but he believes suspending his son was nonsensical.

“I cannot just turn my head and act as if, well, I think it may have been playful and take the chance that something happens,” Fussnecker said. “I can’t take a chance.”

In any event, after meeting with Zachary’s parents, Fussnecker lifted the suspension.

“He was a very reasonable man, and they seemed to see it our way,” Marty said.

Meanwhile, the student who initially posted the photo to Instagram remains suspended, pending a meeting with school officials this week. 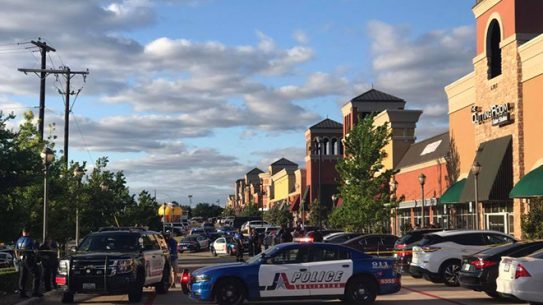