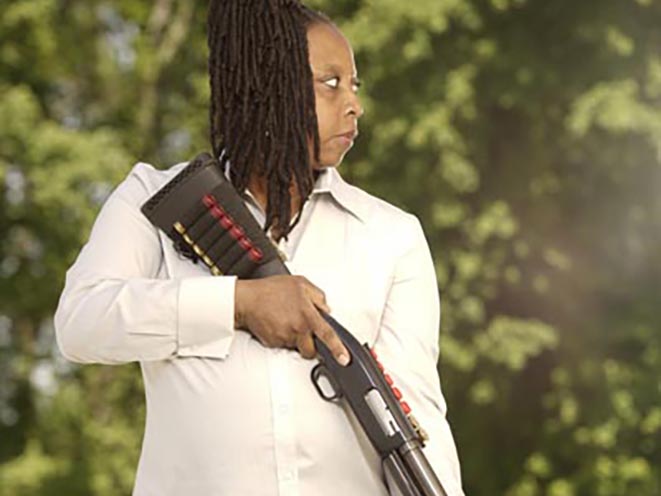 It’s well known that Chicago has some of the strictest gun laws in the country, but fret not: there are are several people and organizations on the front lines of expanding Second Amendment rights in the Windy City, and the Chicago Sun-Times has a fascinating profile on one of them. Meet Rhonda Ezell, the founder of Chicago Guns Matter.

Ezell’s long fight for Chicago gun rights began back in 2010, when — despite suffering from kidney failure, lung disease and other ailments — she was forced to travel over 50 miles away to Dundee for training since there weren’t any shooting ranges in Chicago city limits.

On July 12, 2010, a new handgun ordinance went into effect that finally allowed the possession of handguns in Chicago and Ezell went down to police headquarters to apply for a permit. That’s where she met Richard Pearson, executive director of the Illinois State Rifle Association (ISRA).

Pearson and other members of the ISRA talked Ezell into becoming the lead plaintiff in a lawsuit against the city that eventually resulted in the ban on gun ranges in city limits being overturned.

“We talked about me having to go all the way to Dundee, and we concluded my rights were violated,” she says. “And Ezell v. Chicago was born.”

It wasn’t an easy victory, and in fact, the outcome of the case probably seems somewhat hollow if you’re a law-abiding gun owner: Chicago officials allowed gun ranges, but only in certain areas with a “special-use” permit, and any potential range had to be built at least 500 feet from residential areas, libraries, schools, liquor stores, churches and day-care centers. In other words, 98 percent of the city wouldn’t be able to host any type of range whatsoever.

All hope was not lost, however. A Chicago’s federal appeals court ruled that those zoning restrictions went too far, and the Chicago City Council is now considering loosening those restrictions. Thus far, no ranges have opened in Chicago.

Ezell, who got a kidney transplant and is on an upswing health-wise, told the Sun-Times her fight for her Second Amendment rights has left her with, shall we say, less than positive feelings for city officials like Mayor Rahm Emanuel.

“The mayor walks around every day with armed security paid for by the taxpayers of Chicago, yet he doesn’t want you to go to a gun range and be efficient with the firearm you choose to have in your home for the safety of you or your loved ones,” she said.

Looking to get her message out there even more prominently, Ezell eventually started an organization called Chicago Guns Matter. She says she wants law-abiding black Chicagoans to know that they have a right to carry a concealed handgun in city limits. Teaching the next generation — which includes her six-year-old daughter whom she takes to a gun range– about safe firearm use is also hugely important, she says.

“I feel like I’ve taught her just about everything else, from cooking to writing to reading and things of that nature,” Ezell said. “Why not take her to the gun range?

“I want her to be able to protect herself if she needs to. But I want her to understand that a firearm is not a bad tool.”

The Sun-Times piece also makes mention of Otis McDonald, the lead plaintiff in the lawsuit that resulted in the U.S. Supreme Court overturning Chicago’s decades-old handgun ban. Both suits were backed by the Illinois State Rifle Association.

“We have this crazy idea that civil rights means everybody,” Pearson said. “We also think your ZIP code does not dictate what your rights should be. It takes brave people to do this, like Otis and Rhonda.” 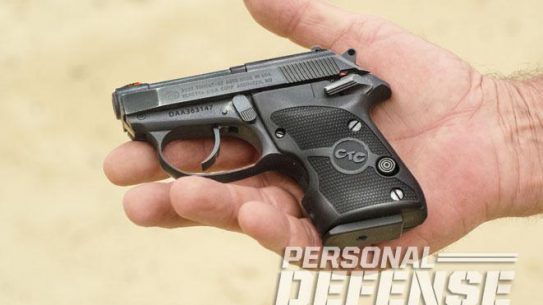 A woman visiting her family in Bloomington, Illinois shot an intruder with a .32...