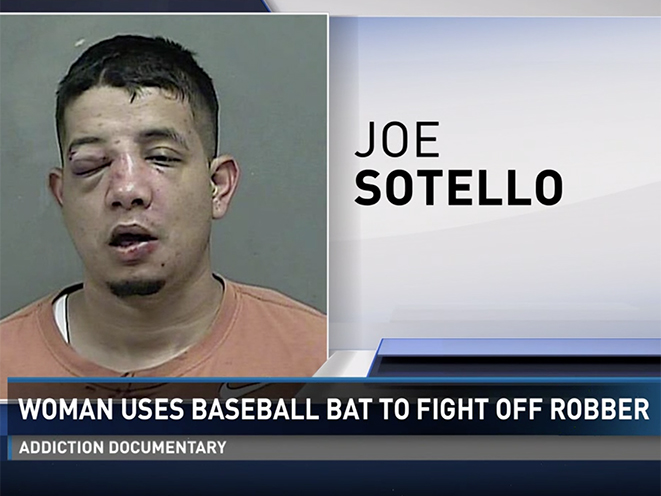 If you don’t own a firearm or have one nearby, you’ll have to make do with an improvised weapon in order to protect yourself during a home invasion. That’s exactly what an East Tennessee woman did when she used her baseball bat to beat a home invader, an action that gave the bad guy an injured face and earned him a trip to jail.

It all started when the 52-year-old Kingsport resident answered a knock at her door on Saturday night to see a woman holding a flyer about a lost dog. Right as she opened the door, a masked man suddenly appeared in the doorway, grabbed her arm and attempted to pull her outside. The woman refused to move, however, and that’s when the masked man violently pushed her inside the home and screamed, “This is a robbery!”

The woman and home invader fought, and at one point she managed to partially remove his mask. Upon doing so, she recognized the suspect as longtime family friend Joe M. Sotello, 34.

During the struggle, the woman also noticed what looked like a handgun in Sotello’s waistband. That’s when she grabbed a baseball bat from behind her door and started hitting Sotello with it.

While all this was going on, two other people inside the home — both 18-year-old women — rushed to the woman’s defense, and the three of them forced Sotello out of the house and onto the front lawn.

The woman who had originally knocked on the door — later determined to be Sotello’s girlfriend — sped off in a silver Honda before Sotello could get in.

“Mr. Sotello attempted to get into the car with her; however, he could not escape the three women who continued to get the better of him,” a Kingsport police press release said.

Eventually, Sotello managed to flee the scene on foot.

While police were processing the scene at the house, they were notified that Sotello had turned up at the home belonging to a relative of the would-be victim. Unluckily for Sotello, that relative also fought back against him and held him there until police arrived.

Sotello was taken to an area hospital for treatment and then transported to Kingsport City Jail. He’s now facing charges of aggravated robbery and aggravated burglary. His girlfriend turned herself in and told police she participated in the scheme out of fear of Sotello and had no knowledge of what he was going to do. She hasn’t been charged as of yet.

Sotello is now being held in Sullivan County Jail on a $35,000 bond.

It doesn’t appear that the female resident was injured during the attempted home invasion. In the press release, police made mention of the fact that, at only 4 feet 11 inches tall, she is one foot shorter than Sotello, and 18 years older than him. “Yet, despite being at a clear physical disadvantage, she successfully defended herself and her home from Mr. Sotello’s unprovoked attack,” the police statement said. 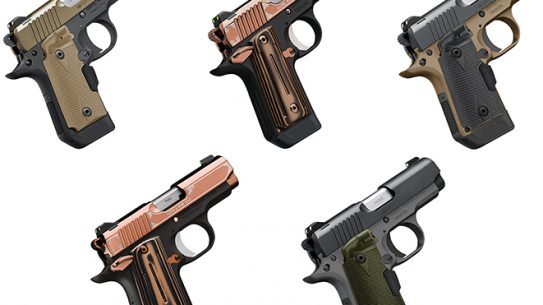 Responding to customer demand, Kimber has expanded its Micro and Micro 9 compact carry...