An armed homeowner in Brentwood, Calif. unloaded on a pair of home invasion suspects last week, killing both in the process, and a neighbor’s security camera captured the moment the fatal shots were fired. Check out the footage above.

The bad guys broke into the home located in the 200 block of Birch Street in Brentwood at around 11:15 p.m. Wednesday, Brentwood police Lt. Walter O’Grodnick told East Bay Times.

Neighbor Reggie Nichols says the homeowner told him the armed suspects entered through his garage.

The suspects walked in and reportedly ordered the homeowner to open a safe. Instead of producing cash or valuables from his safe, however, the homeowner pulled out a handgun and started shooting.

The video above shows the masked bad guys entering the garage, then lights flashing, followed by the suspects running out as the homeowner fires at them.

Both suspects were pronounced dead at the scene.

Nichols said he saw a car that took off down the street shortly after the shooting, though police haven’t said if they are searching for additional suspects.

“I’m ticked off, because this kind of stuff doesn’t happen around here,” Nichols said. “It’s a good neighborhood. It’s been a really long time since something like this.”

It’s the first time since 2012 that a murder has taken place in Brentwood, East Bay Times said.

The deceased home invasion suspects have been identified as Ellis Williams III, 38, and Joseph Brooks, 32. Each were shot at least once by the homeowner, who was uninjured and is cooperating with the investigation. He won’t face any charges as a result of his actions.

“The preliminary information shows it to be a home-invasion robbery,” O’Grodnick said. “Two suspects. One with a firearm. They presented a threat, and the shooting was prompted in self-defense.” 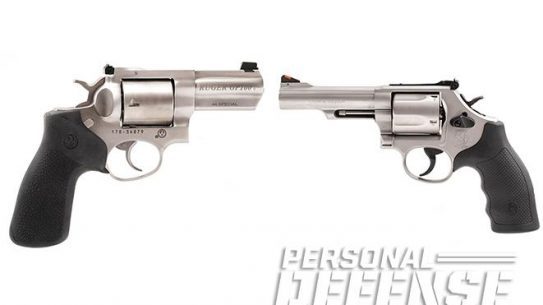