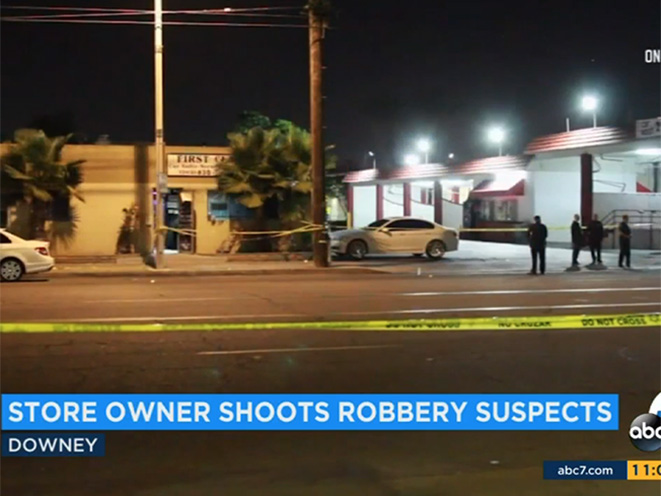 A California business owner turned the tables on a trio of armed robbers, fatally shooting two and injuring a third during an attempted hold-up in Downey on Monday night.

KTLA reports that the incident took place at around 8:15 p.m. at a car audio store called First Class Audio. The three men walked into the establishment and tried to rob the owner at gunpoint. Unluckily for them, the owner produced a gun of his own and an intense shootout ensued.

“All I heard was gunshots — about nine or 10 gunshots,” a witness told ABC 7.

“Everybody in the neighborhood thought it was fireworks. Nobody didn’t really pay it no attention until we see the police and everything,” another man said.

Police arrived to find two of the suspects dead at the scene. The third man later turned up at an area hospital seeking treatment for his gunshot wounds. He’s expected to survive and is now in custody. Fox 11 says all three suspects—who have yet to be publicly identified—are in their 30s.

The California business owner was uninjured during the shootout.

A security guard who works nearby told KTLA that people have been jumping over fences to steal items from businesses in the area.

The investigation into the shooting is ongoing. It doesn’t appear that the business owner has been charged with anything as of yet.

“That’s the store owner trying to protect his business,” a witness told ABC 7. “He got a family and, you know, people trying to take away his business where he work hard for it. That’s not right.” 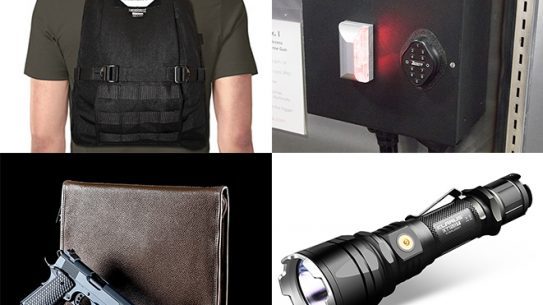 You’ll need more than a .22 and some ammo to defend your home and...