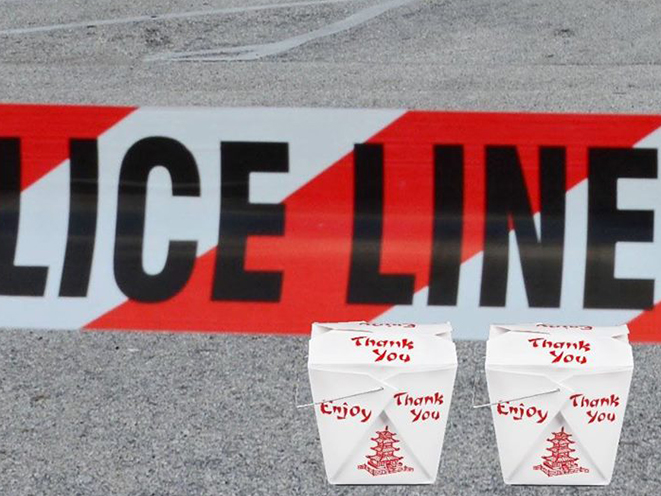 We always like stories where the good guy wins, and this incident definitely qualifies. In Jacksonville, Fla., a Chinese food delivery driver turned the tables on three men who tried to rob him at gunpoint. It ended with one suspect getting shot, another being held at gunpoint and a third fleeing from the scene.

It all went down at around 5:30 p.m. on Tuesday, June 20 when the three bad guys placed an order with a restaurant called Hot Wok on 103rd street in Jacksonville. The driver was then sent to deliver the order.

The delivery driver arrived at the given address, parked his car in the front driveway of the house, walked up to the front door with the food and knocked. When the door opened, two men were standing there. One of them was armed with a semi-auto pistol with a green laser sight which was pointing right at the driver’s face.

The two suspects told the driver to “come inside, it’s over, come inside.” The driver started to turn around and leave and was met by a third suspect armed with a handgun who had a shirt or sock wrapped around his face.

That’s when the quick-thinking delivery driver threw the Chinese food at the third suspect, backed up four or five feet from the doorway, and drew his concealed carry handgun—identified in the press release as a Glock—and fired four to five shots at the suspects. The driver continued to back up and upon reaching the other side of the street, he yelled for neighbors to call 911.

Jacksonville police arrived to find the driver holding one suspect at gunpoint. The other two bad guys had taken off. A short time later, however, a man called in to say he had been shot at a different location nearby. Officers quickly determined that this man was one of the people responsible for the failed armed robbery attempt.

Both suspects are now in handcuffs and the third is wanted by authorities. Their identities haven’t been released, but all three have been described as black males in their early 20s.

As it turns out, the house where the food was being delivered to is for sale and has been empty for months.

“We actually think that they probably were staking it out and, you know, using it as a target,” a neighbor said. 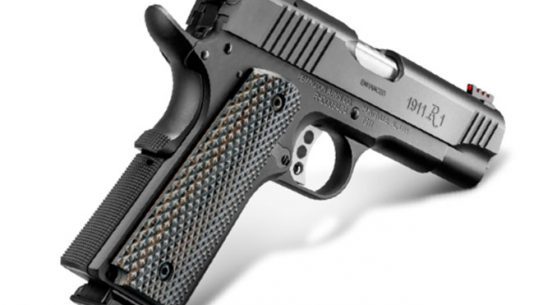