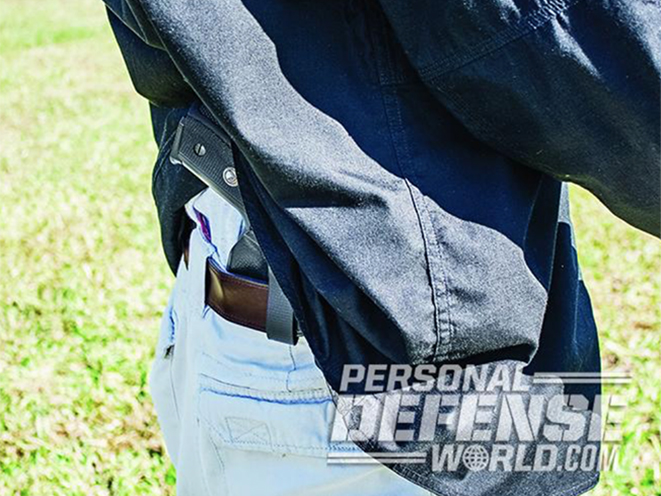 A bill that would make one’s concealed carry permit valid in all 50 states across the country has picked up its 200th supporter in the House of Representatives.

Introduced on Jan. 3 of this year—the first day of the 2017 legislative session—by Rep. Richard Hudson (R-NC), the Concealed Carry Reciprocity Act of 2017 now has 199 co-sponsors, bringing the total number of backers to 200 if one includes Hudson. Out of the 199 co-sponsors, 196 are Republicans and three are Democrats.

“It is almost certain to us that we — today — have the 218 votes (out of 435) we need in order to pass H.R. 38 in the House,” Gun Owners of America—a non-profit lobbying group that first broke the news—said in a statement. “In the Senate, we believe we’re close to the 60 votes we need to break a filibuster.

“Bottom line:  There is no reason that we should wait to move this legislation through the House.”

The Concealed Carry Reciprocity Act of 2017 would enable people with a state-issued permit to carry in any other state that allows concealed carry, provided that he or she follows the rules of that particular state, a statement on Hudson’s website reads. It would also allow residents of constitutional carry states to carry in other states that recognize their own resident’s right to carry a concealed handgun. It’s important to note that each state would retain the authority to determine the rules and regulations for carrying within its borders.

“Our Second Amendment right doesn’t disappear when we cross state lines, and this legislation guarantees that,” Hudson said when the bill was first introduced. “The Concealed Carry Reciprocity Act of 2017 is a common sense solution to a problem too many Americans face. It will provide law-abiding citizens the right to conceal carry and travel freely between states without worrying about conflicting state codes or onerous civil suits.”

The news of the bill picking up 200 supporters in the House comes days after Rep. Brian Babin—one of the sponsors of the Concealed Carry Reciprocity Act—introduced a measure that would allow members of congress to carry a handgun virtually anywhere in the wake of last week’s congressional shooting.

As Guns.com points out, the shooting has put a renewed spotlight on the Concealed Carry Reciprocity Act and the Hearing Protection Act—a bill calling for the removal of suppressors from regulation under the National Firearms Act—with anti-gun groups like Everytown for Gun Safety vowing to do everything they can to block them. 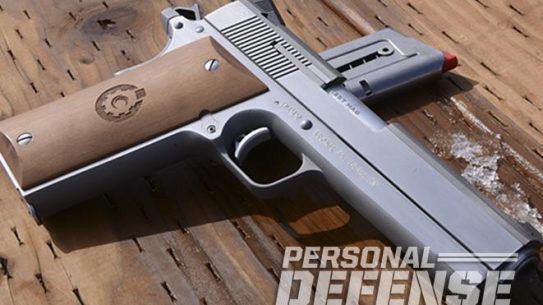 Instant Classic: Wringing Out the Coonan Classic 1911 in .357 Magnum