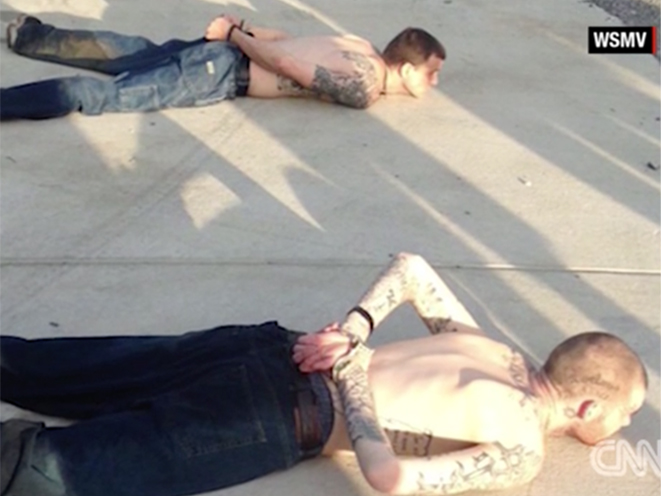 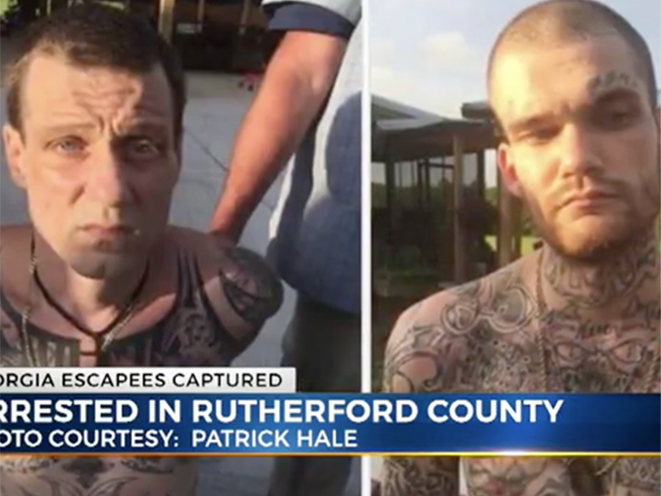 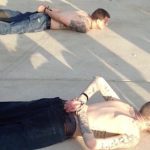 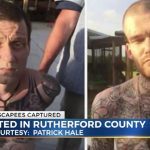 A three-day, multi-state, multi-law enforcement manhunt for a pair of escaped Georgia inmates on the run for killing two prison guards ended Thursday thanks to the actions of an armed Tennessee homeowner.

It all began Tuesday morning when 43-year-old Donnie Rowe, 24-year-old Ricky Dubose and 31 other inmates were being transported in a bus from Baldwin State Prison near Milledgeville to the Georgia Diagnostic and Classification Prison, halfway between Augusta and Atlanta.

While the bus was on State Route 16 near Eatonton, Rowe and Dubose—former cellmates who were both serving time for separate armed robbery and assault convictions—somehow escaped out of its locked and gated rear section, overpowered and disarmed Officers Christopher Monica and Curtis Billue, and shot and killed them both.

Rowe and Dubose then carjacked a vehicle that pulled up behind the bus, and took off.

A massive manhunt was launched that included the involvement of multiple Georgia law enforcement agencies, as well the FBI, the U.S. Marshals Service, and the ATF. A $130,000 reward for information leading to the arrest of the duo, described by one official as “dangerous beyond description,” was offered.

Over the next few days, Rowe and Dubose traveled 260 miles, stole five vehicles and robbed two homes—one of those incidents was a home invasion where the two tied up and terrorized an elderly couple—while evading capture.

On Thursday morning, LEOs spotted the elderly couple’s stolen Jeep Cherokee on Interstate 24 near Nashville and gave chase. The escaped Georgia inmates shot at deputies as they drove, officials said.

Rowe and Dubose crashed the vehicle and ran into the woods, eventually coming upon a home on Pruitt Road near Christiana.

“The homeowner was alerted somehow, he looked outside and saw the suspects trying to steal his vehicle,” Lt. Bill Miller of the Tennessee Highway Patrol said, according to CNN.

The homeowner called a neighbor, grabbed his gun and confronted the suspects. The neighbor was also armed. Rowe and Dubose lost their guns in the crash. The homeowner and neighbor held the men at gunpoint while they called the police and waited for them to arrive.

Rutherford County Sheriff’s Department deputies eventually got to the scene and took Rowe and Dubose into custody. The two will be extradited back to Georgia to face murder charges.

Amid all the manpower looking for these escaped Georgia inmates, it was a good guy with a gun who ultimately made the difference.

“I can’t say enough about the bravery of the homeowner, and what they took on, the wherewithal to call us and give us the information so we could get over there and apprehend these two subjects,” Rutherford County Sheriff Mike Fitzhugh said. 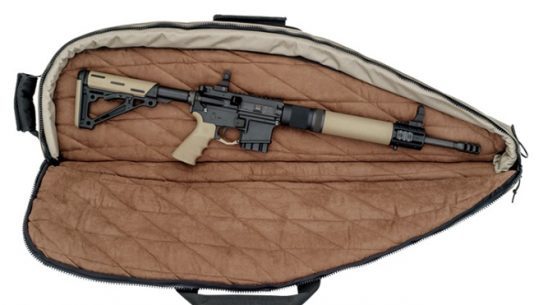 A new batch of Hogue rifle bags and pistol bags can now be bought...