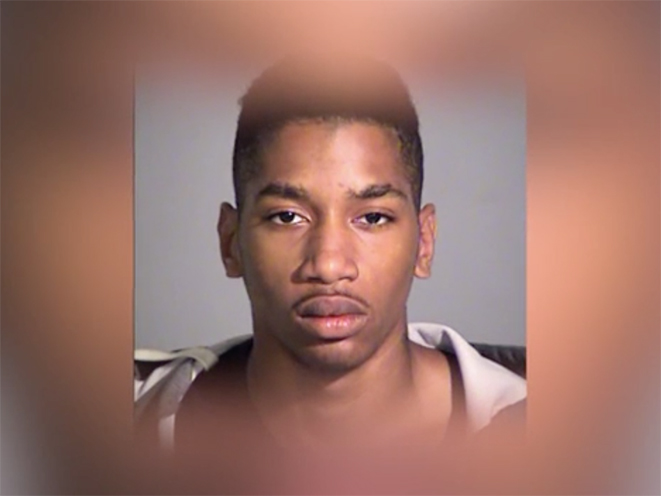 An armed homeowner shot and killed an intruder during a break-in in Indianapolis early Tuesday morning.

It all went down just before 2:30 a.m. at a home in the 7600 block of Wickfield Drive. Police said a husband, wife and their three-year-old child were asleep in the house when the couple was jolted awake by the sound of a crashing noise outside their bedroom.

Alarmed, the husband grabbed a gun and went to investigate. He came upon an intruder breaking in through a side window and fired multiple shots. The suspect—later identified as 18-year-old Derrick Johnson Jr.—was pronounced dead at the scene.

Police were already in the area investigating another home burglary and car break-in just blocks away and thus were able to respond within 60 seconds. Detectives are now working to see if there is a link between the crimes.

The husband, wife and child were all uninjured. The couple is cooperating fully with police. Neighbors claim this isn’t the first time the house has been broken into.

As it turns out, Johnson was unarmed during the break-in.

“As far as I can tell [the intruder] did not have a weapon on him,” said IMPD Major Richard Riddle. “But I want to make this very clear, the individual forced entry into this home and our homeowner confronted him with his own gun.”

Riddle added, “You have a right to protect yourself and your family inside of your home at all times as long as that force is reasonable and you are protecting your life, the life of a third party which in this sense is our homeowner’s family.”

Johnson has a rap sheet that includes an arrest in April for possessing drugs and a stolen gun. In May, he was arrested after a hit-and-run during which he admitted to smoking marijuana. Last week, Johnson was busted a third time on theft and drug charges.

The armed homeowner probably won’t face charges, but the case is still being forwarded to the Marion County Prosecutor’s Office for review.

“If you break into someone’s home, there are consequences for that,” neighbor Jennifer Allen said. “[Johnson] invited that and brought that on himself.  I know he probably has family, but I don’t have a problem with the fact that he was shot and killed.” 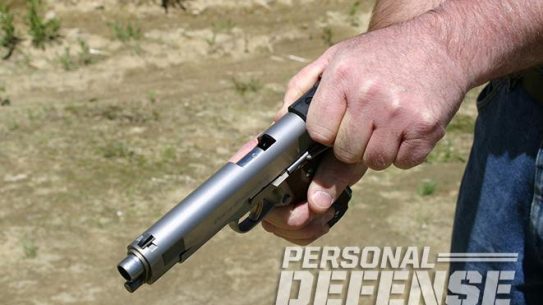 Beyond the Basics: Safer Gun Handling Tips for the Range

The more we train with our firearms, the more we owe it to ourselves...