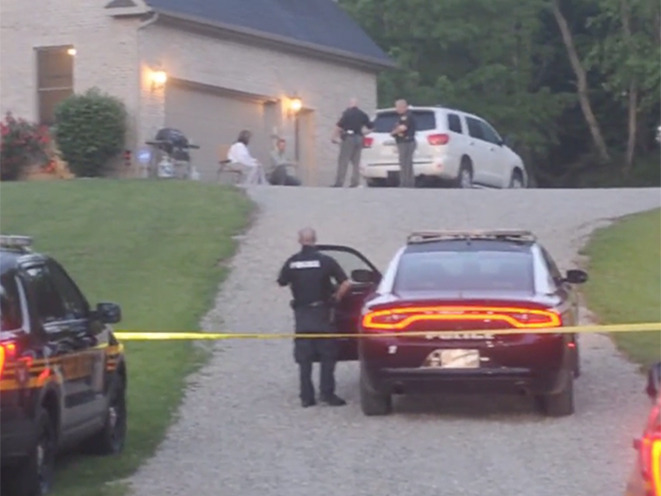 An Ohio intruder was shot three times after trying to enter a home through the family doggie door earlier this week.

Miami County Sheriff’s Office Lt. Eric Lachey said 38-year-old David A. Fenner entered the home through the doggie door at around 5 a.m. on Monday and was confronted by the armed homeowner. During a struggle that ensued, the homeowner shot Fenner in both legs and the hand. It was the second time this particular home had been targeted in recent months, Lachey confirmed.

“We’ve got a robber,” the homeowner’s wife said during her 911 call.  “I need you to get here fast…I’m upstairs with my kids.”

Authorities arrived and Fenner was transported to Miami Valley Hospital in Dayton, where he underwent surgery on one of his legs. He was then released from the hospital on Wednesday and booked into jail on charges of aggravated burglary and possession of criminal tools. He reportedly had a flashlight, wire cutters, chisel, wrench, screwdriver and razor blade on him.

As it turns out, Fenner has an extensive rap sheet going all the way back to the 90s. In 1998, he was arrested for a string of residential burglaries in the Kessler-Frederick Road area, the same place where the shooting occurred. He did six years in prison for those break-ins. In 2006, he was busted for receiving stolen property. He also has priors for narcotics possession, assault, resisting arrest and theft.

Police think Fenner is responsible for a series of burglaries and thefts on Kessler-Frederick Road starting in March. The investigation into those cases—and Fenner’s possible connection to them—is ongoing.

“He is a career criminal and just needs to be put away forever,” Miami County Sheriff Dave Duchak said.

Thankfully, it doesn’t appear that the homeowner suffered any injuries as a result of the incident.

“All the credit goes to the homeowner for being vigilant and protecting his family,” Duchak said. “However, I would not want anyone to have to go through what this family did.” 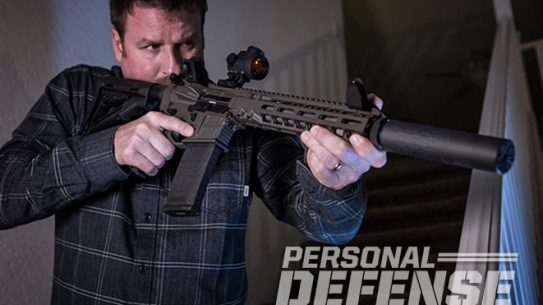 Move over shotguns and handguns— it’s time for the home defense carbine to shine.