by Peter Suciu
in Home & Self-Defense
0

It has long been said that dogs are man’s best friend, and in fact, the canis lupus familiaris—the scientific name for the animal—was the earliest animal to be domesticated nearly 15,000 years ago, and it has been selectively bred over millennia for various purposes. Through the long association with people, dogs are now uniquely attuned to human behavior. While this makes dogs an ideal pet, history has shown that dogs can be excellent trackers and work with humans in hunting, but as animals that truly exhibit loyalty to their human companions, they can also offer protection.

More Than A Pet 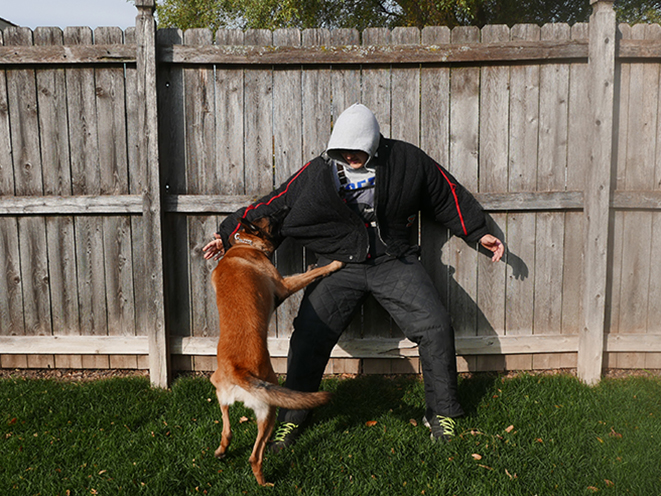 “You are not buying a pet, and people need to go into this knowing that,” said Wade Morrell of Priority One Canine. “There are thousands of breeders out there who can provide you with a loving pet. That is not what we do, nor what most providers of protection dogs can offer. These are highly trained animals, and when people come to me wanting a dog that will a good pet, I’ll be honest and say ‘I’m not your guy.’”

Morrell added that he turns away more people than he sells a dog to, and explained that those looking for a dog need to understand what they actually want.

“The other thing is that people want a yard dog, something that can protect their property,” Morrell explained. “This isn’t what we offer, either. Personal protection dogs are meant to protect you and your family, not your things.” In fact, the first question that anyone considering a personal protection dog should ask themselves is whether they really want a dog at all.

“Consumers should only consider a dog for security if they are ‘dog people,’” said security expert Robert Siciliano. “Otherwise the relationship with the dog will be dysfunctional.” While personal-protection dogs aren’t pets, they can’t be ignored, either. They aren’t robots after all.

“A dog, unlike security technology, requires significant love and attention,” added Siciliano. “If the sole purpose of getting the dog is for security, then there will be a resentment in both part of the human and the dog. If you are a dog person and you are considering a dog for security, then you are having your cake and eating it, too.”

The other thing to understand is that the dogs are trained to protect first and foremost, but these animals will know not to climb on furniture or take over the house as a pet might. At the end of the day, however, they’re still animals.

“Accidents will happen as they do with dogs and other animals that are pets,” said Morrell. “If you want a dog that is always 100-percent perfect and doesn’t have to be cleaned up after, then simply put you don’t want a dog.” 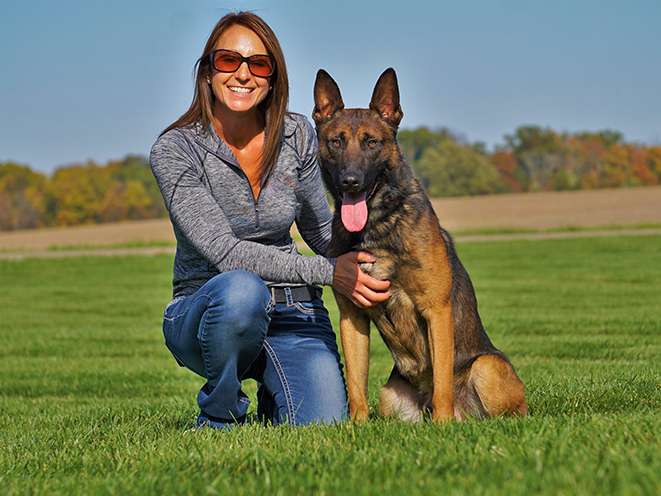 If you can get past the fact that even a personal protection dog will leave messes from time to time, and that it will still need attention and will have a bond with you, then the question is what dog is right for your purposes. A lot will depend on your lifestyle.

“Right off the bat, size is a consideration too, but Americans always think bigger is better,” said Patrick McDonnell, the owner of Ultimate K9 in Milwaukee. “This is not the case. There are plenty of smaller-sized dogs that might fit your lifestyle better.”

One issue that must be considered is that there can be too many options, as breeders have tried to create the super-dog. “People mix breeds and cross their fingers, but you end up with a lot of garbage to be blunt,” McDonnell explained. “The fine art of breeding protection dogs has gone downhill, and this is why I never breed a protection dog, and instead I will stick to the training.”

Another key point is the look of the dog, and just as a book shouldn’t be judged by its cover, nor should its look determine whether it will make for a good protection dog. “Dogs that look like show animals aren’t the kind that will make for a good defense dog,” warned McDonnell. “A show line will fold up, whereas a dog meant for protection should be tough as nails. You need to put a .45 in him or hit him with a club to take him down. If you don’t have a weapon, that dog is going to fight to protect its owner. That is what you want in a protection dog!”

Again, it comes back to the owner’s lifestyle and environment, which can also determine what will make for the right animal. It is agreed that a Belgian Malinois might not be the best fit for apartment dwellers or those with smaller houses unless you are more active, in which case a smaller-sized German shepherd would be a more in tuned for such environments.

“Dog selection is really important, and it is really necessary to customize the dogs for the region and your living conditions,” said Morrell. “If you have valuable furniture, then you might want a female, as it won’t mark everything. We work with our clients to make sure the dog will fit the surroundings. Everyone sees the cool military dog on TV and people instantly want those, but rarely are they the right dog for a family.” 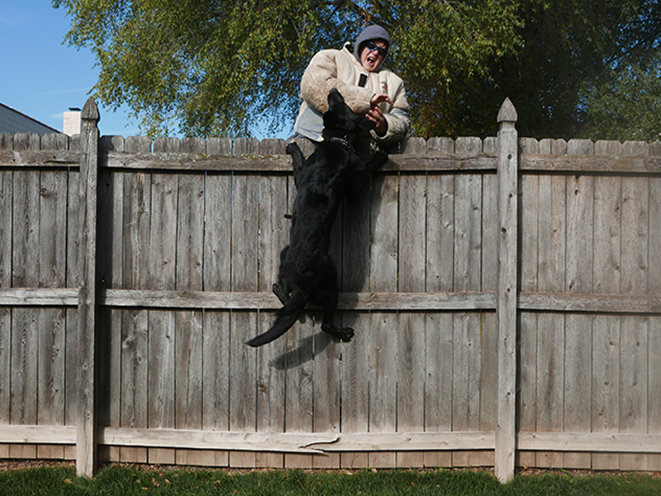 One major misconception about personal protection dogs is that they’re ready for work after you bring them home. That is far from the case, but so is the fact that, once trained, the dog is set for life. New owners will have to accept that training will continue as the dog becomes acclimated to its new owners and surroundings, and even the best-trained dogs will need some refresher training over time. How a dog is trained is something would-be customers should also inquire about, as not all training is the same.

“Real street training is important,” said McDonnell. “For us, this means training with guys dressed in regular clothing rather than a protective suit. We see a lot of YouTube videos where the there is showmanship in how dogs will attack a threat, but that’s not really what you want in a defense dog.”

McDonnell explained that he trains dogs to make deep bites with their whole mouths, and that the best-trained dogs can use their whole bodies to take down a threat. Again, this isn’t a pet—this is akin to a bodyguard. At the same time, the dog must be acclimated to the home and know to search it if there is a perceived threat. As with any training of an animal, this requires a lot of repetition and practice.

“You want to show the dogs the potential scenarios no less than 100 times,” said McDonell. “You show them the situations over and over, and have to really embed it in them. The dogs will respond. Anyone that says five or six times is enough is fooling you. But just as important is the follow-up training that a dog will need. You don’t just buy a dog, and we never see it again. It has been delivered to the location and must adapt to the environment, and that means more training.”

A protection animal is not a security system. This not only requires attention, but there are times when the dog shouldn’t be around. Owners should put the dog away at times when there is no threat, such a play date with children, extended family gatherings and any other similar event. This allows for there to be zero chance of anything going wrong should the dog perceive a threat that isn’t there.

The final consideration is that dogs don’t live forever. Just as families need to understand that pets will get older and slow down, so too will protection dogs. “The dogs tell us when it is time for them to retire,” said Morrell. “We will see them slow down, but they will let us know when they are finished working. We see German shepherds that are seven or eight years old, but that is usually as old as protection dogs get.” In many cases owners tend to keep the older dogs even as new ones come in, and this can help perk the older dogs up.

“Sometimes the owners may do a replacement, but we see a lot of owners keep the old ones, and we do a good job of integrating a new dog,” Morrell added. “There are those owners who can bring in a new one and barely say goodbye to the old dog, but most people allow the older dog to live out its retirement.” That is when the personal protection dog truly does become a pet, but after years of service, is anyone going to argue that it didn’t earn it?