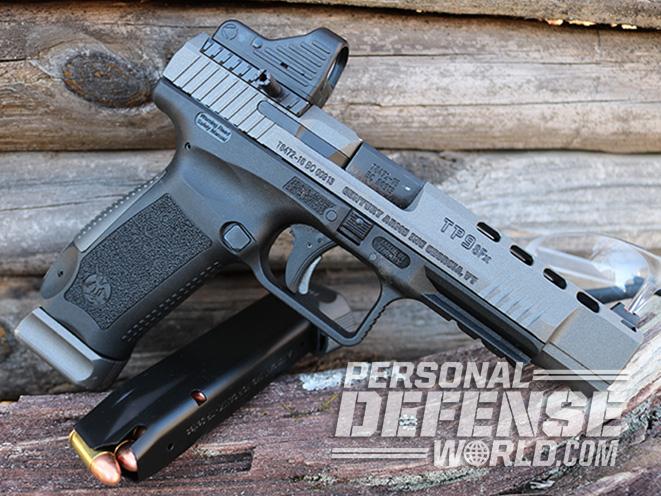 "With the Canik TP9SFx, the shooter on a budget can run with the big dogs without having to skimp on rent or diapers."
Comment(s)

Before we break down the Canik TP9SFx, let’s look at who it came to be. Competitive shooting is proper water cooler conversation across our great republic these days. In particular, 3-Gun shooting mimics various combat scenarios and forces a shooter to master the handgun, rifle and shotgun. The sport now has celebrity participants, television coverage and its own YouTube channels. As with all things American, once this thing took off, the market began producing the swag necessary to keep it edgy. 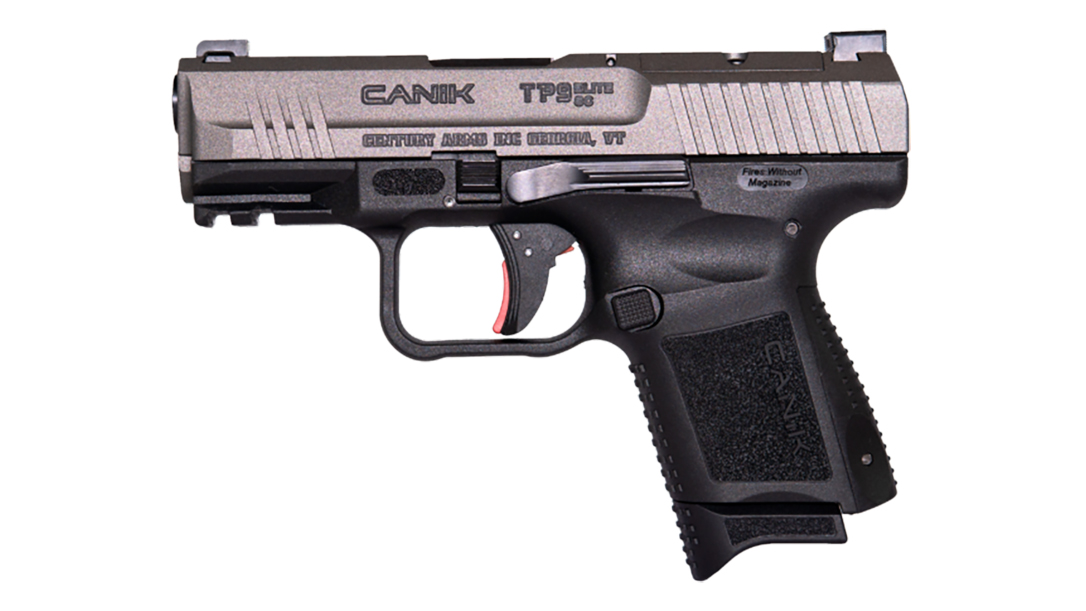 Competitive pistols typically begin with something pedestrian. Glock, Springfield, Smith & Wesson, CZ, Steyr and many others provide the raw material upon which gun artisans wield their mystical powers. The subsequent race guns run smoother, cycle faster and shoot straighter than their stock counterparts. While all of this coolness means seconds off your time and potentially the difference between victory and “Also Participated,” it also comes at a cost. In the past, if you couldn’t write a fairly serious check to your local gun emporium, you wouldn’t be rocking your own rarefied race gun. Not any more.

The Canik TP9SFx & the Turkish Connection

In the interest of full disclosure, I must admit that I am madly in love with Canik TP9 pistols. I literally used to collect every penny I could for years to buy guns. Every birthday and Christmas built up the war chest until I could finally land something cool, black and oily. Canik designed its line of combat pistols for the enthusiast who wants a reliable defensive or competition handgun without having to hock a kidney to get it. I know this sounds stupid, but I personally own five of them.

The original TP9 began as a sort-of Walther P99 clone. The grip was blocky, but the gun packed 18+1 rounds onboard, and the trigger mimicked that of the Walther. The gun was striker-fired but gave the operator the option of safely dropping the striker on a live round if a longer, heavier first-round trigger pull was desirable for safety purposes. Now a couple of generations later, the TP9SF sports a blade-type trigger safety along with internal mechanical safeties not unlike those of the ubiquitous Glock. What each Canik TP9 really does, however, is drop a seriously fine combat handgun into your hands for not a lot of money.

Standard TP9 series pistols come with a spare magazine, a magazine loader, a trigger lock, cleaning supplies and a nifty polymer holster with both belt and paddle attachments. For the guy or gal just getting into personal protection, you can just add ammo and have everything you need to properly protect your family both at home and around town. Everybody who is anybody makes concealment holsters for this gun as well. Even with all that cool stuff, the TP9SF service pistol costs maybe two-thirds of what a comparable name-brand handgun might. I have run a zillion rounds through mine.

The new TP9SFx takes that same “common man” ethos and applies it to the race gun realm. The standard 18-round magazines now include extended baseplates so they can hold 20 rounds. Despite this breathtaking magazine capacity, the frame geometry remains lithe and svelte. There are two interchangeable backstraps that ultimately determine the position of your finger on the trigger. The small version accommodates petite shooters. The larger version better serves folks like me with long monkey fingers.

The magazine release is reversible at the user level and also sports the niftiest screw-in extensions. The gun comes with a little plastic toolbox that includes two spacers that, together, offer three different profiles for the magazine release. If you cannot customize the Canik TP9SFx to your particular anatomy, you are either not trying or not human.

The slide is extended, as is the barrel. There are also cocking serrations at the front and rear. There are lightening cuts on the top and bottom of the slide, though the barrel is not ported. The front sight sports a fiber-optic insert. Canik includes both green and red rods. The rear sight is a professional Warren Tactical component without dots or ancillary bling.

Canik built a lanyard attachment point into the butt. We never use these retention devices on this side of the pond, but almost every armed Israeli I saw while in that remarkable country used one. Those guys live what we practice and subsequently know a thing or two about combat gunmanship. Also, a red pin protrudes from the back of the slide to indicate the state of the striker.

Canik nicely stippled the frame for easy purchase when rushed or sweaty. Meanwhile, the dust cover features a rail for accessories. The frame on my copy is black while the backstrap and magazine baseplates are a metallic steel color to match the tungsten slide. Frankly, the TP9SFx looks awesome.

The TP9SFx also includes a removable optics plate that allows the operator to install a miniature reflex sight on the slide. As the state of the art in miniaturized electronics advances apace, these sights become smaller and smaller. Such contrivances compensate for gradually failing vision for us old farts and greatly speed up engagement times for younger folk.

The TP9SFx includes four different mounting plates to accommodate most of the world’s popular micro red dots. The same little toolbox contains the mounting hardware for the plates. Everything you need to mount the sight is included.

For this test, I opted for an EOTech Mini Red Dot Sight (MRDS). This rugged little optic weighs next to nothing and projects its dot out to infinity. It took maybe 10 minutes to get the sight mounted and ready. Once mounted in place, the EOTech MRDS zeroes easily and revolutionizes
the shooting experience.

In keeping with the race gun mantra, there is also a detachable charging handle that can be added to either side of the slide. This allows the operator unprecedented control of the slide when racking. It also allows the gun to be charged against something firm should life really go sideways and you find yourself running the gun one-handed. This appendage may be installed or not based upon operator preference. The gun runs just fine either way. The slide release is extended as well.

The polymer holster has been upgraded, too, with a spring-loaded detent to keep the gun in place during vigorous movement. Yet a good tug on the gun brings it out of the rig with ease. A rubber retention strap is also included if you plan on keeping the gun holstered for a while. The whole shebang comes packed in a hearty plastic, lockable storage case.

How did it perform? In a word, swimmingly. The extended slide and barrel minimize muzzle flip, and the undercut triggerguard drops the bore axis for rapid follow-up shots. The striker-fired trigger is the equal of guns costing twice as much, and the TP9SFx sports that tiny abbreviated trigger reset we all covet nowadays.

Twenty-one rounds last a long time. Occasionally, the slide failed to lock back after firing the last round with lightweight ammo, but that went away as the gun loosened up. Otherwise, the gun functioned flawlessly. The weapon is long without being bulky, and it should work for concealed carry should this be the only horse in the stable. With the TP9SFx, you would find yourself better equipped for a real-world encounter than you might be with any otherwise stock defensive pistol.

The morphology of the gun excises all of the pain out of Georg Luger’s snappy 9mm rounds, and running the piece is great fun all around. My copy shoots straight and true. With the TP9SFx, the good folks at Canik have done a simply superb job of optimizing their already excellent TP9 series pistol.

My son brought some friends home to do some shooting, and we passed the TP9SFx around to gauge impressions. Seasoned shooters found that the various technical improvements made a good gun even better. Neophytes found the extended TP9SFx markedly easier to manage than a comparable stubby gun. Everybody who handled the gun seemed thoroughly impressed.

My own gun collection surpassed “ridiculous” ages ago. When I needed to leave a pistol accessible for my bride, I loaded up half a dozen options and let her shoot them all. My wife can do scads of things well, but she isn’t a gun person. At the end of our little exercise, she had chosen the TP9 over other guns costing hundreds more. The grip fit nicely, the trigger sang, and the gun ran well.

With the Canik TP9SFx, the shooter on a budget can run with the big dogs without having to skimp on rent or diapers. The TP9SFx offers reliable, big-name race gun performance at a box-store price. Of course, if you don’t need such a good deal, you could always just put your money in a little pile and set fire to it. For more information, visit canikusa.com and centuryarms.com.

This article is from the July/August 2017 issue of “Combat Handguns” Magzine. To order a copy, please visit outdoorgroupstore.com.

Is the Canik TP9SFx a good gun?

Short answer: Yes. With the Canik TP9SFx, the shooter on a budget can run with the big dogs without having to skimp on rent or diapers. The TP9SFx offers reliable, big-name race gun performance at a box-store price.

Where are Canik firearms made?

The parent company manufacturers its pistols in Turkey. But Canik USA has roots in Delray Beach, Fla.

Which Canik is best for competition?

That’s for you to decide, but as per our review above, the Canik TP9SFx is a strong choice. 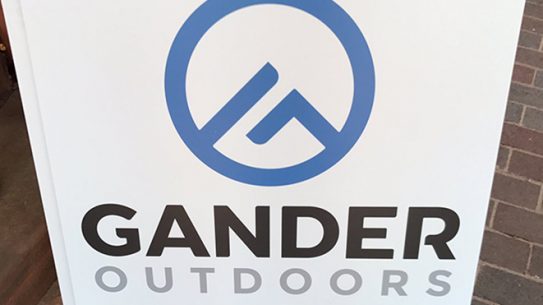