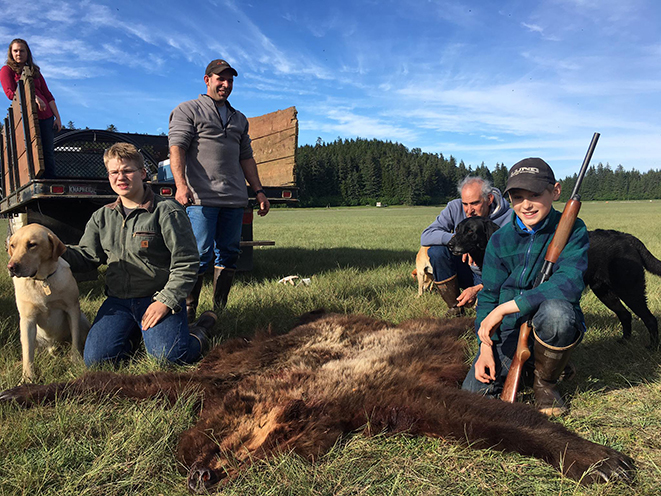 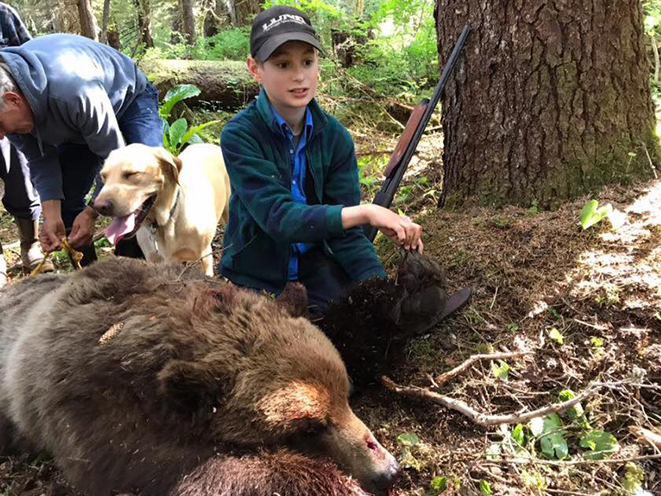 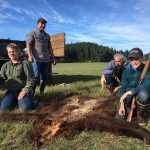 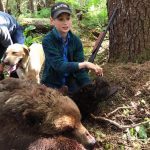 An 11-year-old boy armed with a shotgun took down a brown bear charging at him and his family during a fishing trip in southeast Alaska last month.

Elliot Clark and his uncle Craig Stoltzfus, along with his grandfather, a cousin and three dogs, were walking through the woods near Game Creek in Port Frederick located several miles south of Hoonah when the incident took place. The group was making their way to a nearby fishing hole. Elliot and his uncle were both armed when the brown bear came running at them.

“There was four of them in a line … my son was third,” Clark’s father Lucas—who was in Washington state during the attack—told the Juneau Empire. “The bear came down the trail at them, fella in the front, who was his uncle, the bear was on him so quickly that he didn’t have time to take his rifle off his shoulder.”

The brown bear knocked over the two men in the fishing party, leaving Elliot in front of his unarmed cousin. That’s when Elliot raised his pump-action shotgun and opened fire.

Elliot’s third shot went into the bear’s shoulder and neck, causing it to fall to the ground. By that time, the bear was so close that there were powder burns on its mouth, the Juneau Empire reported.

The bear was still alive at this point and slid by Elliot’s feet. At that point, he shot and killed it with another round.

Lucas credits attributes the positive outcome to a couple of different factors: first, he said Elliot has had a lot of shooting practice. Second, Lucas hadn’t yet put a sling on the shotgun, forcing Elliot to carry it in his hands.

“He was carrying it in his hands rather than on his shoulder. That was the problem with the other ones, when the bear came at his uncle, he had his rifle on his shoulder and the bear was very close, so he couldn’t get it off in time,” Lucas said.

The Juneau Empire also said the day before the incident, Elliot still had a plug in his shotgun, meaning his gun only carried the “topround” of birdshot and two slugs. He had taken the plug out after calling his father to ask for permission to do so.

While Lucas said his family errs on the side of caution with regard to traveling through bear country, there are no guarantees when it comes to safety.

“It’s not just a matter of skill or preparedness. It can happen to anybody and it can go wrongly, especially a kid,” Lucas Clark said. “We pray for our kids every day and in my mind that’s the biggest factor right there.”

After investigating, Alaska Wildlife Troopers and the Hoonah Police Department have classified the shooting as a Defense of Life or Property (DLP) killing, which gives residents the right to use lethal force against a bear if their life is in danger. It’s the first DLP shooting in the Hoonah area this year.

Elliot’s actions have drawn praise, including from Alaska Sen. Shelley Hughes, who posted photos of Elliot, his family and the bear on her Facebook page.

“What a shot. What bravery,” Hughes wrote. 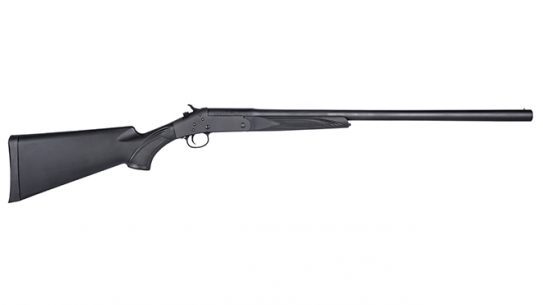 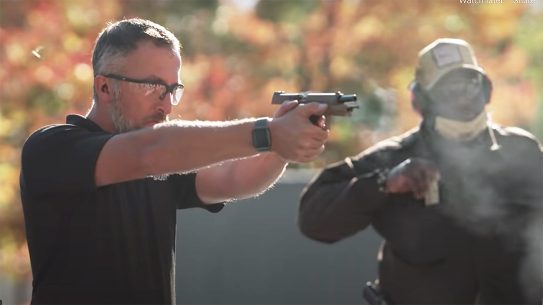