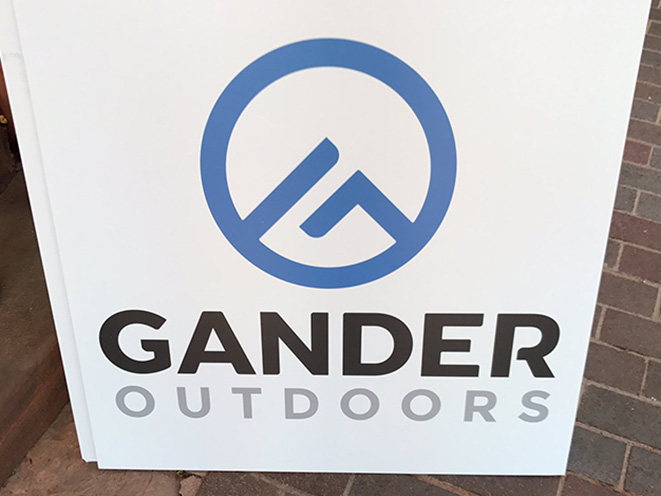 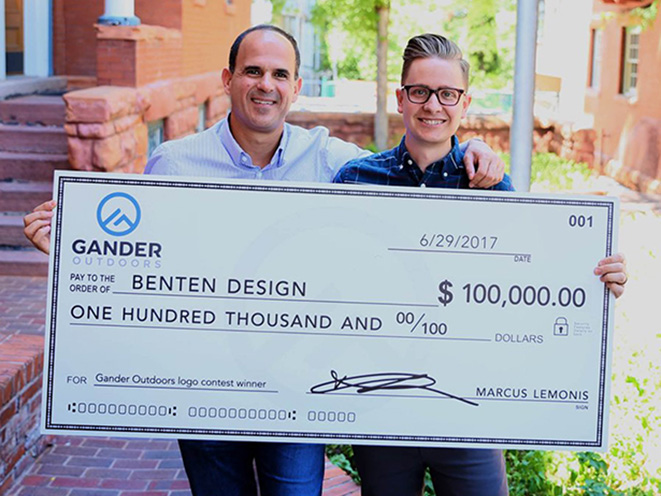 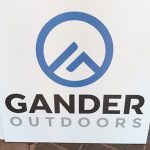 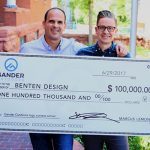 Marcus Lemonis is a man on a mission. Ever since acquiring the intellectual property, store leases and Overton’s boating business of the company formerly known as Gander Mountain for a cool $390 million at a bankruptcy auction back in April, the CEO of the renamed Gander Outdoors has been on a social media tear, constantly posting updates to his Twitter and Periscope accounts regarding the future of the brand.

As part of his rebranding effort, Lemonis—who is also the chairman and CEO of RV company CampingWorld—announced a contest for a new logo. The creator of the winning design would be awarded $100,000, while the next 99 entries would be given a $1,000 gift card to Gander Outdoors.

Needless to say, Lemonis received a ton of designs over a six-week period. After sifting through them all, he finally unveiled the winning entry. Check it out above.

The logo was created by Benten Woodring, a graphic designer and founder of Benten Design in Denver, Colo. Lemonis flew to Denver and presented him with the $100,000 grand prize. The entire thing was filmed via Facebook Live.

In addition to the new logo, Lemonis also provided an updated list of former Gander Mountain store locations that are staying open, as well as new stores that will be built. See that below.

Alert!! Assuming details with landlords keep list iron out on paper..2nd is what will get built with @GanderOutdoors @Overtons @CampingWorld pic.twitter.com/43xVuORUXk

If you have any questions regarding Gander Outdoors, we encourage you to reach out directly to Lemonis via Twitter. He’s been insanely responsive during this entire process. 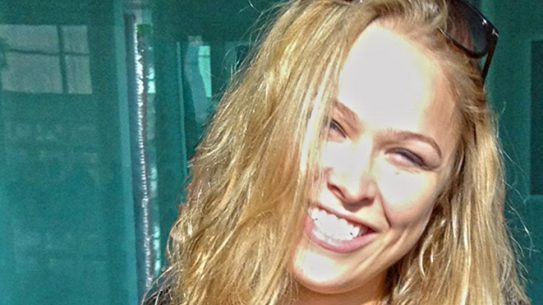 In an interview on 'Live with Kelly and Ryan,' former UFC champion Ronda Rousey...