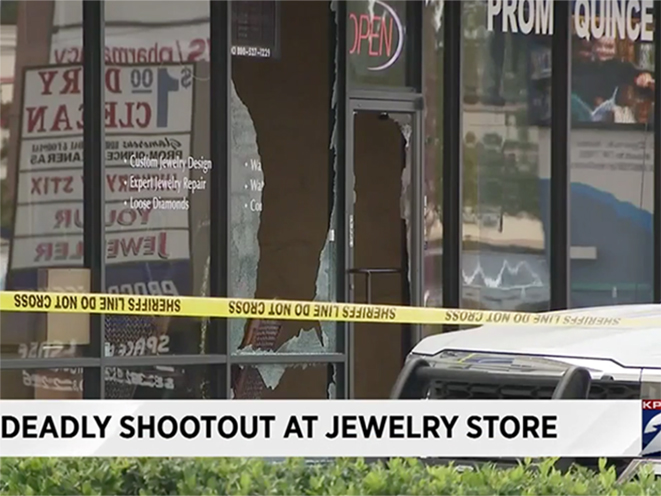 A trio of armed robbers in Houston got more than they bargained for during an attempted Houston jewelry store holdup when the owner decided to fight back with a gun of his own. As a result of the gunfight, one suspect earned himself a trip to the morgue, while another is being treated at a hospital for gunshot wounds.

It all went down just before 3 p.m. on Tuesday when three armed men drove up in a dark-colored Infiniti to Your Jeweler in the 12100 block of Jones Road. The suspects got out of the car, ran into the store and started demanding cash and jewelry from the owner. Things soon turned physical.

“They began to beat [the owner], pistol-whip him,” said Deputy Thomas Gilliland of the Harris County Sheriff’s Office.

But these bad guys were in for a nasty surprise, courtesy of the jewelry store owner.

“At one point during the struggle, he managed to retrieve a pistol that was inside the store. He exchanged gunfire with the robbers,” Gilliland said.

After the gunfight, which shattered the glass windows of the jewelry store, the armed robbers fled. Authorities—who arrived at the scene shortly thereafter—found a trail of blood leading to where the car was parked.

One suspect later turned up at a hospital seeking treatment for multiple gunshot wounds. The body of a second suspect was found about six miles away on a dead end street. A pistol was placed near his body. The third suspect was caught on surveillance video using the bathroom at a nearby restaurant. He remains at large.

“The shop owner has a right to defend himself and his property. It’s fortunate that he wasn’t hurt badly. He had a laceration on his head due to the pistol-whipping,” Gilliland said. 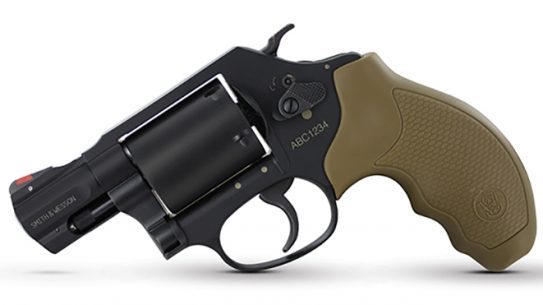