A pair of masked Michigan open carry advocates who filmed themselves walking into a police station wearing tactical vests and armed with multiple firearms have been convicted of illegally carrying a concealed weapon. Watch the video above of the initial incident. Be advised that it contains strong language.

It all began on Feb. 5 when police received a report of two men—later identified as Brandon Vreeland, 40, and James Baker, 24—sitting in a vehicle wearing tactical vests and masks. The men took off before police arrived, but shortly thereafter, a Dearborn police sergeant spotted the duo inside a car in a park about three miles away. The officer conducted a traffic stop and saw that the men had on tactical vests. Baker, who wouldn’t speak to the sergeant, was wearing a balaclava mask to conceal his face.

After briefly questioning them, the Dearborn police officer let Vreeland and Baker go.

Soon after, the duo decided to head to the Dearborn Police Department to “file a complaint because we were illegally pulled over about an hour ago,” as one of the men can be heard saying in the video.

Baker—clad in a mask and carrying a rifle and handgun, and Vreeland—wearing a tactical vest and carrying a camera and tripod—walked into the station. Chaos ensued, and both men were ordered to the ground and arrested.

“I find this behavior totally unacceptable and irresponsible. This is not a Second Amendment issue for me,” Dearborn Police Chief Ronald Haddad said in a statement when the incident took place. “We had members of the public in our lobby that fled in fear for their safety as these men entered our building.”

The concealed weapon conviction might be confusing at first, given that this was a case of two Michigan open carry advocates, but Baker’s lawyer, James J. Makowski, says that while it’s legal to openly carry inside a police station, the concealed weapon conviction stems from the video shot by the duo which shows Baker placing his rifle in Vreeland’s trunk at some point in the day before they entered the station.

The rifle, Makowski says, was unloaded and locked in the trunk in accordance with Michigan law, but it wasn’t in a gun case, which is required in order to legally transport a gun in a vehicle without a concealed pistol license.

Makowski says Baker previously had a valid concealed pistol license, but it was revoked in early 2015 after a charge of disturbing the piece during a open carry rally. However, the charge was dismissed, and thus Makowski says Baker’s CPL should have immediately been reinstated, which would have invalidated the concealed weapon charge.

The judge in the case agreed with Makowski and dismissed the concealed weapons charges against Baker and Vreeland, but Wayne County Prosecutor Kym Worthy’s office appealed, and the charge was reinstated by newly-appointed Judge Mariam S. Bazzi.

Arguing that his client was busted on “the silliest of technicalities,” Makowski has said he will appeal the conviction. 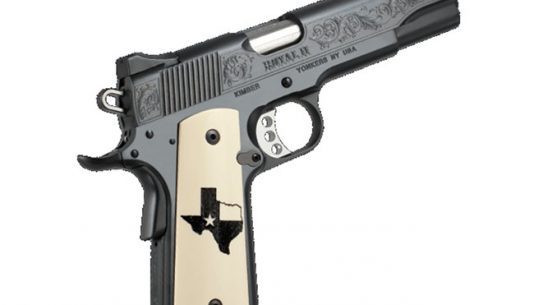