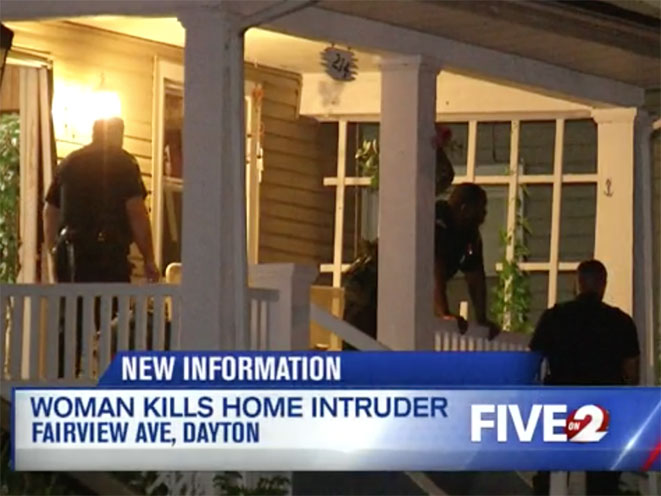 A Dayton, Ohio woman shot and killed her 53-year-old ex-boyfriend after he busted into her house last week during a home invasion.

It all went down on the fourth of July when the female resident of a home located on the 200 block of E. Fairview Avenue called 911 two separate times. In the first call, she said a man—later identified as Darron Orr—was trying to gain entry to her home. The second call was placed after she shot him.

Police arrived to find the front door kicked in and Orr dead inside the residence.

A neighbor, Dwayne Berry, told reporters “(We could hear) him banging on the door, her not answering, revving his car up all loud in the middle of the night. That’s not normal.”

The shooting was an end to an escalating pattern of violence. On May 10, Dayton police officers arrested Orr at the same house after the woman said he had assaulted and threatened her. Police have reportedly been called to the house at least five times since May.

Police said Orr had also committed “serious crimes” against the woman the night before the shooting, but they declined to elaborate.

Orr has a rap sheet dating back to 2000. In 2005, he was arrested and convicted of felony cocaine possession. In 2015, he was charged with felony weapons possession after a traffic stop in Dayton.

In speaking to reporters, Berry said he’s known the woman involved in the shooting for nearly two decades, but was unaware she owned a firearm.

“I’m super happy about it,” Berry said of her decision to get a gun. “Like I said, I wouldn’t want anything to happen to my neighbor, so absolutely. I hate that it happened to him, but I’d rather it happen like that than him break in and actually kill her.”

The woman is cooperating fully with the investigation and isn’t likely to face charges. 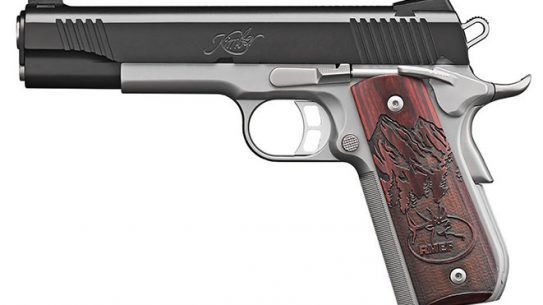 The special edition Kimber Camp Guard 10 is a 10mm pistol that takes the...