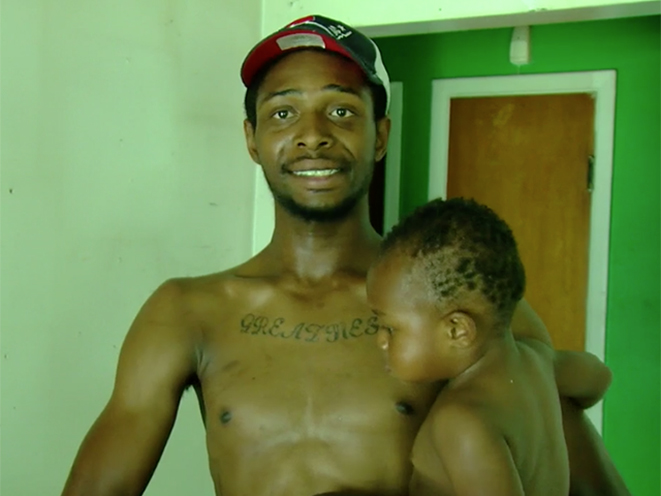 Gary Gross and his 14-month-old son.
(Photo by WJLA)
Comment(s)

A pair of bad guys didn’t get the memo that the owner of the home they targeted for a home invasion was willing to do whatever it took to defend himself and his family. As a result, both suspects earned a trip to the hospital with gunshot wounds.

It all started in the early morning hours on Saturday in Columbia Township, Ohio. 24-year-old Gary Gross was home with his girlfriend and 14-month-old son in their bedroom at around 3:15 a.m. when he suddenly heard his screen door open.

Alarmed, Gross grabbed a hammer nearby and—in fear for his and his family’s safety—crawled on his stomach to the living room. That’s when two men he’d never seen before lunged at him.

After a brief struggle with the suspects, Gross managed to run out to his car and grab his revolver. He then ran back inside and opened fire, shooting both men.

The suspects immediately fled the house, got into their vehicle and drove off, but not before Gross shattered the driver’s side window with a round from his wheelgun.

Authorities located the bad guys a little while later in nearby Cincinnati. Both men were transported to the University of Cincinnati Medical Center for treatment. One is listed in stable condition, while the other is in critical condition. Their names are being withheld pending the results of an investigation and notification of family members.

Gross said his girlfriend was badly shaken as a result of the failed home invasion. He added that he didn’t want to harm the intruders, but he had to think about the safety of his family.

“Right now I’m just really trying to be the best man I can be for them,” he told WCPO.

Gross says his neighborhood is safe and quiet, which may be why the suspects targeted it. Still, he’s confident this isn’t the start of an unwelcome trend.

“I feel like it’s really just one of those things that somebody thought they could get away with something on a quiet street … it’s been a pretty good neighborhood for 20 years plus, so I think it’ll stay like that,” he said. 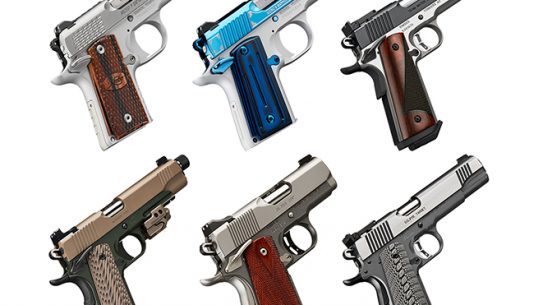 9 High-End Kimber 1911 Pistols You Need to Know About

These top-notch Kimber 1911 pistols introduced this year offer a modern take on John...