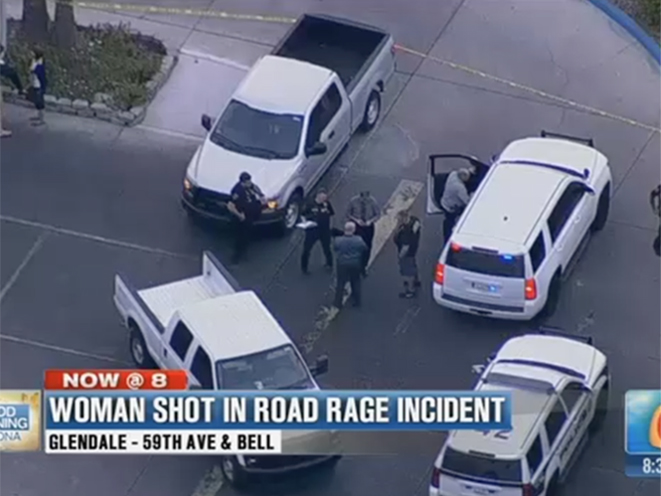 Here’s a helpful tip for all you drivers out there: if you’re in a road rage-type situation and the person you’re arguing with tells you he or she is armed, it’s probably best not to try your luck and physically attack that person. Yet a woman did just that during a road rage incident in Arizona last week, earning herself a trip to the hospital in the process.

Sgt. Scott Waite of the Glendale Police Department told 3TV/CBS 5 the incident began when one vehicle cut off another at 67th and Olive Avenues. The car that was cut off then followed the other to 59th Avenue and Bell road, and the situation escalated from there.

Waite said the suspect got out of her car, walked over to the car and punched a passenger in the face. The driver then got out of the vehicle and told the suspect she was armed with a handgun, and to back off.

Undeterred, the suspect walked over to the driver, punched her in the face and continued to attack her, eventually getting her in a headlock, according to Waite.

The driver warned the suspect multiple times to stop or she would shoot, but the assault continued. Eventually, the victim managed to draw her gun and shoot the suspect once, putting an end to the situation. One witness to the shooting told KPNX the suspect was shot in the gut.

Authorities arrived on the scene shortly thereafter and the road rage attacker was transported to an area hospital for serious injuries. She is expected to survive.

The would-be victim stayed at the scene and cooperated with police. The investigation into the incident is ongoing, but it doesn’t appear the armed woman will be charged. 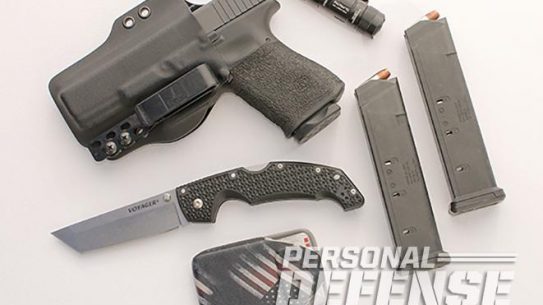 These nine must-have everyday carry items will ensure you're always ready to defend yourself.