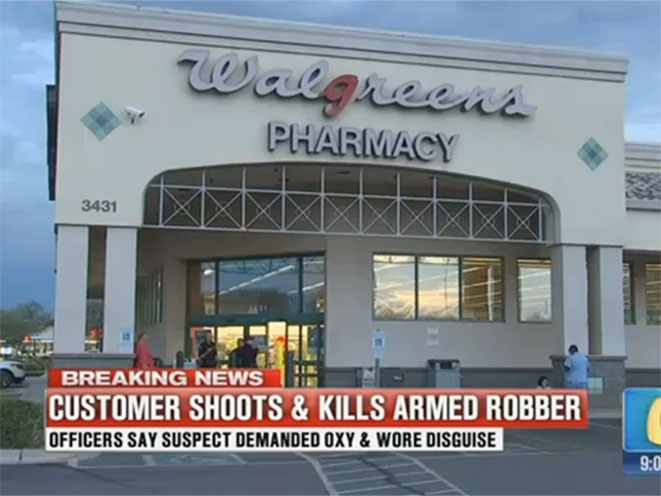 An armed robber looking for his next fix attempted to hold up a Walgreens pharmacy in Arizona, only to be shot and killed by an armed customer who happened to be there at the same time.

According to police, the suspect walked into the north Phoenix Walgreens at around 6:30 p.m. on Tuesday, jumped the pharmacy counter, drew a gun and started demanding oxycodone from the pharmacist.

“He says, ‘Get the hell out of the way’ and as I look to my left he’s jumping over the counter and he’s got a gun and he says, ‘OK, everybody on the floor,'” witness Peter Thomas recalled.

Fortunately, the suspect wasn’t the only one armed that evening. A customer near the counter who was also packing drew his gun and opened fire, shooting the armed robber. It’s unknown how many times he was hit.

Responding officers arrived to a scene that Sgt. Jonathan Howard of the Phoenix Police Department described as “full of chaos,” with about a dozen Walgreens employees and customers hiding in the store while the armed robber lay on the ground, alive but wounded and still holding his gun.

Phoenix police officers evacuated everyone from the store. They then used a police dog to separate the suspect from his weapon. A second firearm was also found on his person.

The armed robber was given CPR, but he eventually died from his injuries at the scene.

“I saw the workers from the pharmacy running out with their hands raised in the air. They were crying and screaming,’’ said Janice Gordon-Caddy, who arrived at the Walgreens at around 6:45 p.m. as the incident was still going down.

“Next thing I know, the SWAT team and all the police officers and everybody are going in with their guns; it was just a madhouse,’’ she added. “That probably would have been much worse if there hadn’t been a customer in there armed.”

The armed customer who shot the suspect stayed at the scene and is fully cooperating with police. He isn’t likely to face charges.

“Based on what the witnesses are telling us, you know, people have a right to defend themselves and defend others especially when we’re talking about serious physical injury or death and at this point it seems to be a case of a good Samaritan in the right place at the right time,” Sgt. Howard said. 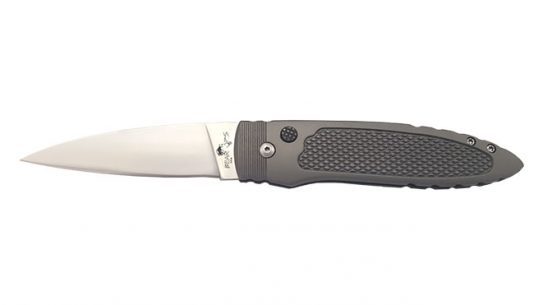