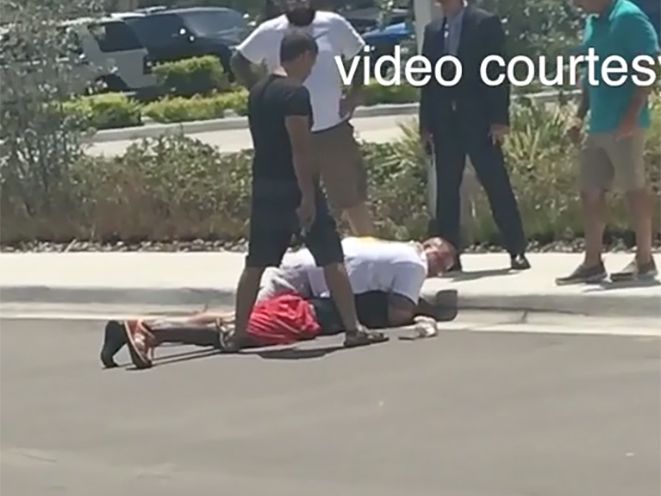 When a bad guy with a knife goes on a stabbing spree in a public place, the best bet to ending the situation is a good guy with a gun. That’s exactly what happened in Florida last weekend.

The Pinellas County Sheriff’s Office said the situation began at around 12:40 a.m. on Aug. 6 at a Publix market in the city of Seminole. 44-year-old Rossana Lynn was sitting in her vehicle in the parking lot when Bobby Martin Watson, 49, walked up to her car, opened the door and tried to snatch her purse.

Lynn wasn’t about to let the robbery happen without a fight, but during the ensuing struggle, Watson stabbed her in the abdomen and left thigh. He then started running from the scene on foot.

A bystander, 44-year-old Christopher McMann, happened to see the attack and attempted to intervene, but Watson stabbed him in the back and kept running toward the Seminole City Shopping Center.

McMann kept chasing Watson despite his stab wound, and was soon joined by another witness, Travis Jones. The two of them eventually caught up to Watson and tackled him, but Jones was stabbed in the abdomen during the fight.

That’s when a good guy with a gun named Donald Rush saved the day. Rush saw what was happening and grabbed a handgun from his car. He then ran over, drew his firearm, disarmed Wilson and held him at gunpoint until police arrived at the scene.

Watson was arrested and charged with armed robbery and three counts of aggravated battery with a deadly weapon. Lynn, McMann and Jones were all transported to a local hospital for non-life-threatening injuries.

We think it’s safe to say that a good guy with a gun proved to be the difference in this particular situation. 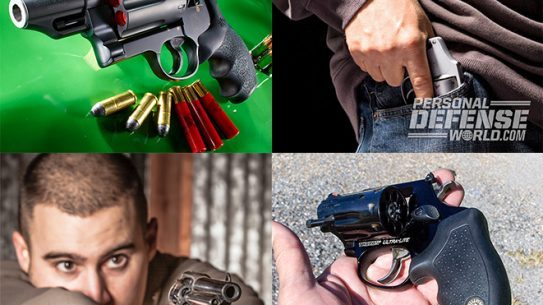 Semi-automatic pistols may be all the rage, but revolvers remain a reliable pick for...