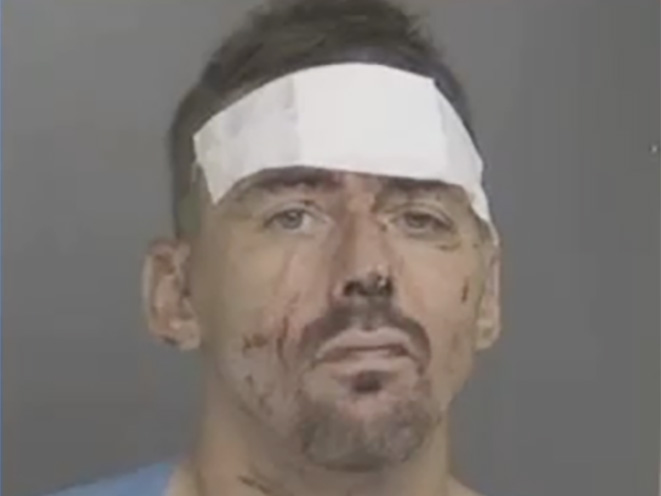 An armed robber looking for an easy score found himself on the receiving end of a beatdown at the hands of the employees at the store he had attempted to hold up.

According to a Suffolk County Police news release, the incident began when the armed robber, 45-year-old Ronald J. Kelly, entered Island Thrift Store located in the town of Centereach on Long Island, N.Y. at around 8:25 p.m. last Saturday. Kelly pointed a shotgun at the store manager and five other employees present at the time, and started demanding money.

Acting fast, one of the employees—a woman—grabbed the shotgun and brought Kelly to the ground with the help of two other workers.

The three store employees then held Kelly on the ground until police arrived. At which point, Kelly was placed in handcuffs and transported to Stony Brook Hospital for treatment. He also posed for the nasty-looking mugshot you see above.

No workers were injured in the fight.

Kelly has been charged with first-degree robbery and criminal possession of a controlled substance.

“She’s very brave,” Rodriguez said of the woman who wrestled the gun from Kelly. 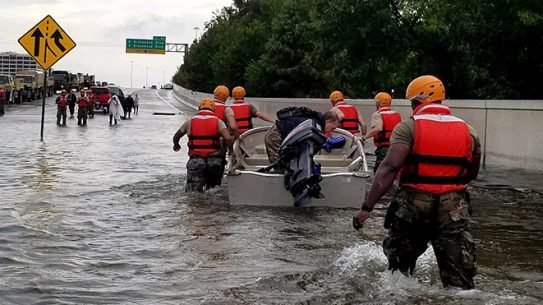