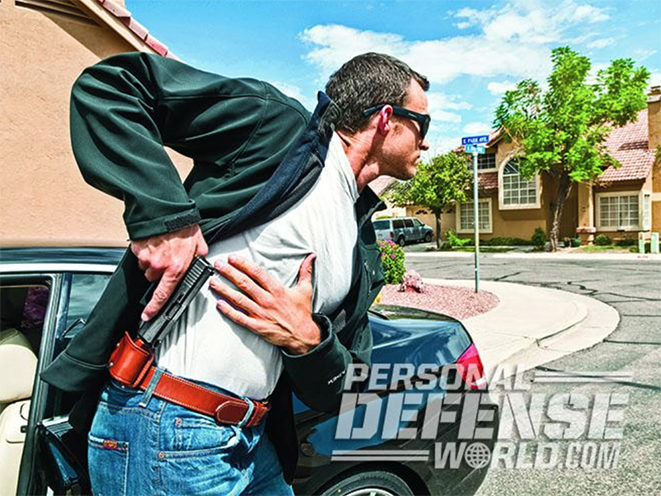 There are helpful neighbors, and then there’s this guy; that is, an Ohio concealed carry permit holder who caught a man breaking into his neighbor’s car and held him at gunpoint until authorities arrived.

According to CBS affiliate WKBN, the man was at his home in the town of Boardman, Ohio at around 2 a.m. when he spotted two people going through hie neighbor’s vehicle outside. Alarmed, the man grabbed his gun, went outside and ordered both suspects onto the ground.

One of the bad guys managed to take off on foot, and the man told his girlfriend inside to call the police.

The other suspect, an unidentified 17-year-old male, decided not to try his luck with the concealed carrier, and stayed on the ground. Police placed him in handcuffs upon arrival at the scene, and the suspect told them that he and his friend—who he wouldn’t name—were breaking into cars in the area.

The owner of the vehicle told police nothing was missing from the car, but the contents of her glove box were scattered on the front passenger seat, WKBN said.

Police also confirmed that three other vehicles on that street had been broken into.

The 17-year-old suspect has been charged with theft, criminal trespass, possession of criminal tools, obstructing official business and a curfew violation. Thanks to the Ohio concealed carry permit holder, it’s doubtful he’ll try his luck on that street—or any other—any time soon. 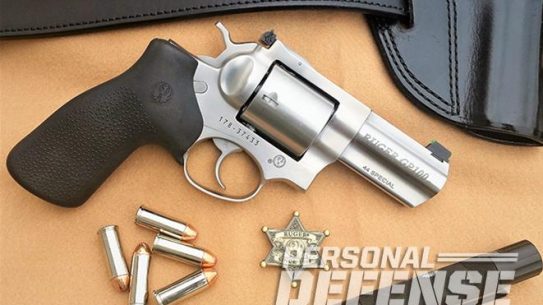 The fans spoke and Ruger answered. Here's a close look at the Ruger GP100...