An Ohio judge is in the hospital after sustaining multiple gunshot wounds during an ambush attack outside a courthouse in Steubenville, Ohio, but not before using his concealed carry handgun to fire five rounds at his shooter.

According to the Washington Post, Judge Joseph J. Bruzzese Jr., who sits on the Jefferson County Court of Common Pleas, was approaching the courthouse when a man walked up to him and opened fire. CNN is reporting that the suspect shot Bruzzese several times in the stomach at point-blank range.

As we mentioned up top, Bruzzese used his carry gun to shoot back during the gunfight, and a probation officer who was nearby also opened fire. The suspect was shot three times and killed. Right now, it’s unknown if any of the bullets that struck the shooter came from Bruzzese’s firearm.

Immediately after the shooting, Bruzzese was airlifted to a Pittsburgh-area hospital to undergo treatment for his wounds. He’s now listed in stable condition and is expected to survive.

“This individual laid in wait, for our judge, and … it just hurts. First thing on a Monday morning,” Jefferson County Sheriff Fred Abdalla told ABC News. “You have a judge shot in front of his courthouse, and that affected me… This was ambush and attempted murder on our judge.”

A passenger in the shooter’s car was also transported to a hospital after one of the bullets ricocheted and hit him. He’s currently not considered a suspect, but he’s being questioned by police.

“He didn’t get out of the car,” Abdalla said. “Supposedly, according to him, he wasn’t aware what this guy was going to do.”

The shooter has been identified as 51-year-old Nathaniel Richmond. Richmond is the father of Ma’lik Richmond, one of the two teenage boys found guilty of raping a 16-year-old girl in the highly-publicized Steubenville High School rape case a few years back.

But Jane Hanlin, the prosecutor for Jefferson County, told reporters that Bruzzese had “nothing at all to do with that particular case,” noting that a visiting judge from another area had presided over it. She did say, however, that Bruzzese is presiding over several cases involving Richmond, including, according to CNN, a wrongful death case.

“Whether there is a connection between any prior appearances and today’s action, we don’t know the answer to that,” Hanlin said.

Abdalla told reporters he had encouraged Bruzzese—a hunter and sportsman—to carry a gun for protection.

“If you’re sitting on the bench you have to carry a gun because there are so many nutcases out there that want retaliation,” he said.

Abdalla also added that authorities have a video of the shooting, which they are having enhanced in order to show exactly what happened.

“Clearly looking at the one video, you see the attacker coming up toward him,” City Manager James Mavromatis said. “I’d say he was the intended target.” 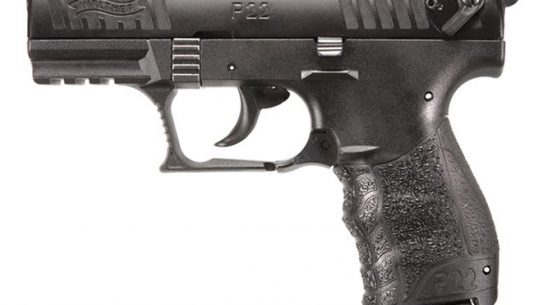