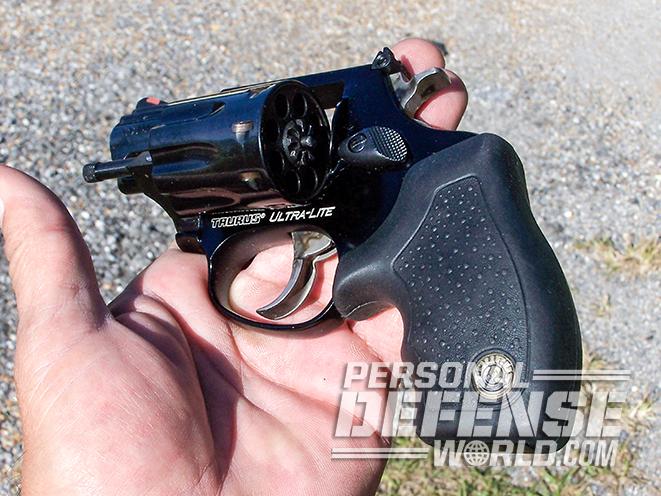 1 of 8
Simplicity
Semi-automatic pistols “hide” a cartridge in the chamber after the magazine has been removed, and some people—particularly the untrained—inadvertently sweep the muzzle in dangerous directions when struggling to retract the slide against heavy recoil spring tension. This isn’t the case with revolvers. It’s easy to keep the muzzle in a safe direction and simply swing the cylinder open. All of the chambers are visible to the eye, and even in the dark, they’re easy to check by touch with a fingertip to assure that they are empty. 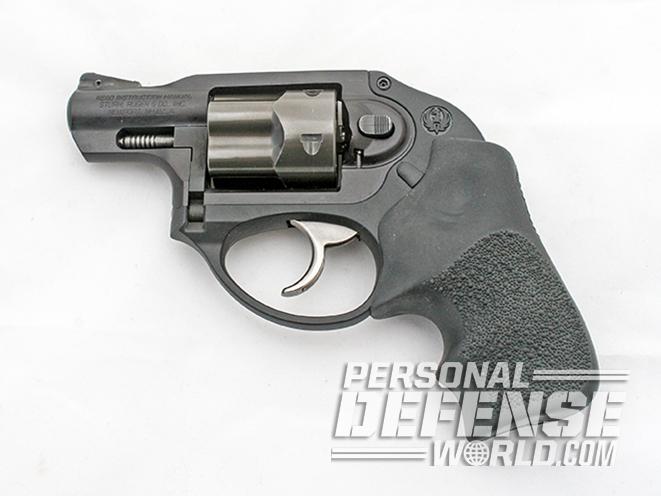 2 of 8
Safety
“Spencer Blue” is a detective working out of the robbery/homicide division of a big city police department that is publicity-sensitive, hence his use of a pseudonym. His investigation of numerous tragic firearms accidents has convinced him that double-action revolvers are less susceptible to that sort of mishandling than semi-auto pistols. “Spencer” has also studied numerous armed robbery cases where the intended victims fought back. He found that among untrained people engaging in gunfights with armed criminals, many prevailed but some lost. He noticed that a disproportionate number of those who lost failed in part because of poor handling of semi-auto pistols. Sometimes it was a failure to remember to take the pistol off “safe” before attempting to fire back. Often, it was because they were leery of their own gun, therefore carried their semi-auto without a live round in the chamber and were unable to successfully rack a cartridge into play before being hurt or killed by the criminal. He has observed that if they’d had a ready-to-shoot double-action revolver with no manual safety to manipulate in such a critical situation, those victims might have emerged unscathed. Confidence and competence are intertwined. Most experts agree that a new shooter who feels safer and more competent with a revolver is better armed with one than with a semi-auto they don’t entirely trust, or don’t trust themselves to operate. 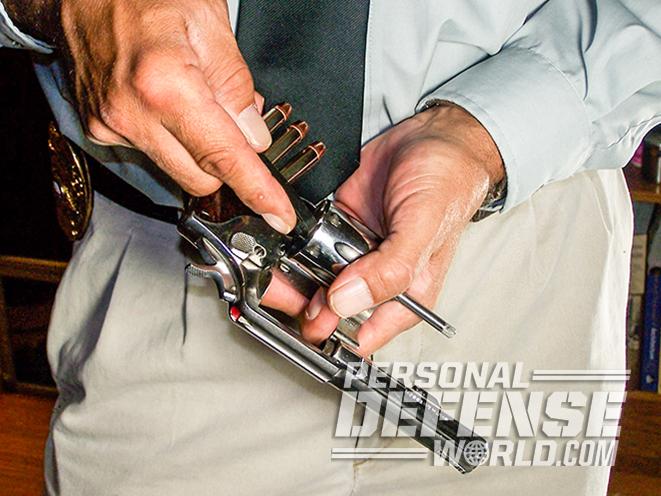 3 of 8
Easy To Feed
Any veteran user of autoloaders knows that if the gun is “sprung” for full-power ammunition, it will likely fail to cycle with low-velocity practice or target loads. If it is set up for standard-velocity ammo, added power “+P” ammunition may batter it and shorten its working life if an extra-power recoil spring is not installed. And many semi-autos, particularly those built to military specifications for full metal jacket (FMJ), round-nose “ball” ammunition, may choke and fail to cycle when fed wide-mouth hollow points. Some specialized loads, like snake-shot or rat-shot, may not cycle or feed in a semi-auto. None of this is a concern with a revolver, which will fire everything from blanks to snake-shot and rat-shot on up. A .357 Magnum revolver will take the mildest .38 Special target wadcutter load all the way up to maximum-power Elmer Keith Memorial Magnum handloads, and function perfectly. This takes some “care and feeding” issues off the table for the new handgunner who starts with a revolver. 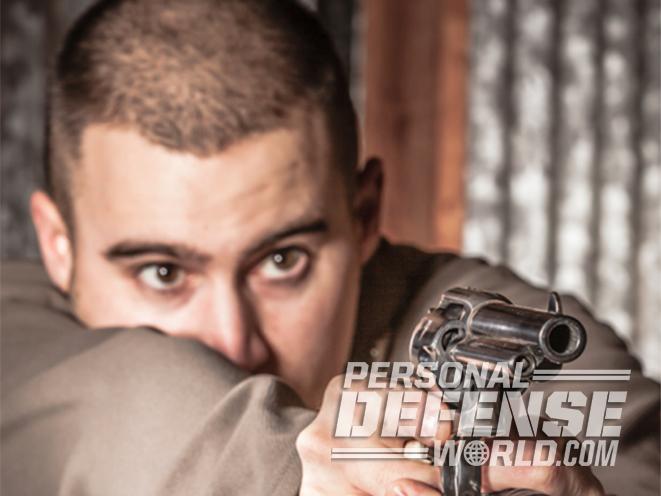 4 of 8
Contact Shots
In the Los Angeles area, a young woman was already in the brutal embrace of her would-be rapist by the time she managed to get her hand on her concealed-carry revolver. The only way she could employ it was to press it hard against his chest and pull the trigger. He fell away from her—and never rose again. The muzzle blast of burning gunpowder and expanding gases had gone into his thorax along with the bullet, resulting in an “instant stop.” An advantage of the revolver is that its fixed-barrel design allows it to function in this fashion. Many semi-autos will have their barrel/slide assembly pressed rearward and “come out of battery” if forced against the violent felon’s body at what is called “press contact.” “Out of battery” means the internal parts are no longer in proper alignment, and the gun cannot fire even one shot. In this dire situation, the intended victim can fire a revolver at press contact and it will still go off—and can continue firing until the last cartridge is spent, if necessary. 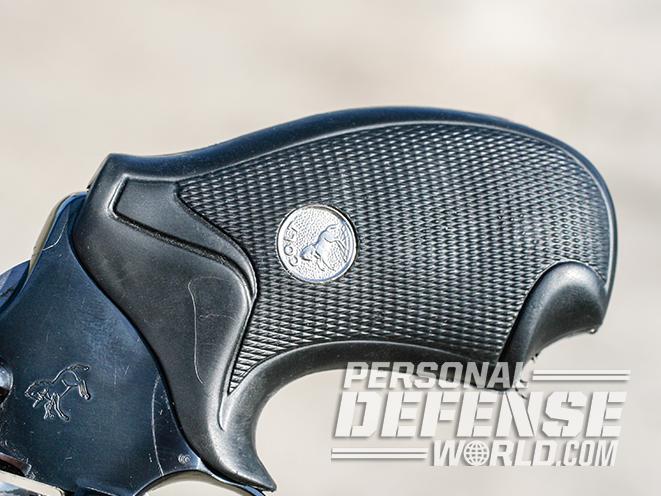 5 of 8
Adaptable Fit
The ability to change your grip size and shape did not really come to semi-autos until the early 1990s thanks to Walther, and it remains basically the province of polymer-framed models. By contrast, revolvers have always had the advantage of being available with a variety of stocks that can better adapt their shape to fit a user’s hand. This is particularly true with smaller- framed revolvers, which, with original grips, will fit smaller hands and can be customized with grip adapters or entirely new stocks for larger hands. 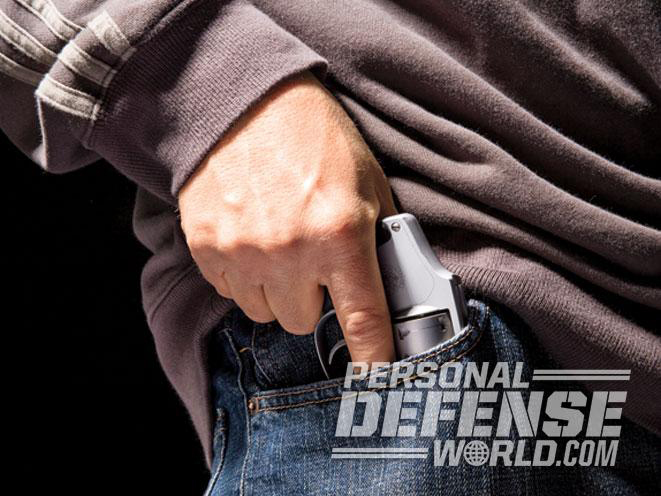 6 of 8
Pocket-Draw Speed
Small, flat, wafer-thin autoloaders can seem more discreet and comfortable than revolvers when worn in the popular location of a side trouser pocket. However, because the flat side of the pistol and its grip shape tend to press against the user’s leg, when it comes time to draw, the fingers almost have to claw their way into a grasping position due to the configuration of the typical autopistol. By contrast, the more rounded configuration of a revolver’s grip frame and stocks allows the fingers to slide into a drawing grasp much more smoothly and fluidly. As a result, most experienced users find that they can draw the revolver a bit faster—sometimes as much as a full second or more faster—than most configurations of pocket semi-autos. The cartridge capacity may be less, but for many, five shots from a revolver right now beats seven shots from a semi-auto a second from now. 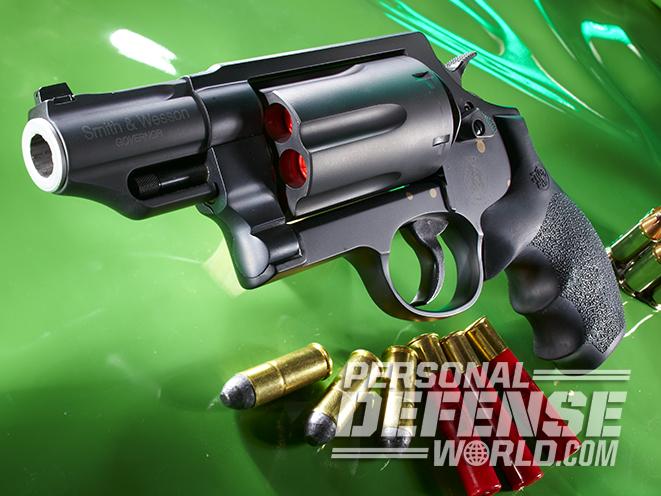 7 of 8
Easy To Maintain
While military-grade semi-autos withstand abuse better than double-action revolvers, the revolver, by contrast, will better withstand neglect. To perk reliably, some semi-autos need to have their recoil springs replaced every few thousand rounds. This is not an issue with revolvers. The semi-auto’s long slide-to-frame and slide-to-barrel bearing surfaces must always be reasonably well lubricated. Evaporation can take away that lube. So can gravity when the pistol is constantly carried muzzle-down in a holster, and over time, certain lubricants can turn into gun-jamming sludge. The revolver, however, can survive just fine with no lubrication at all. Your new driver with his or her first car is the one most likely to lose track of oil changes. The homeowner with his or her first power lawnmower is the one most likely to wait too long to have the blades resharpened. In the same vein, the new handgun owner is the one most likely to neglect maintenance elements like lubrication. 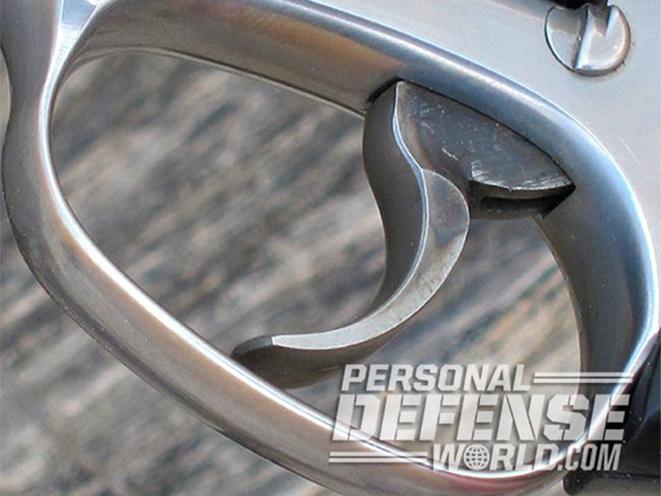 8 of 8
About That Trigger
Some find the revolver, with a long and relatively heavy double-action trigger pull, more difficult to shoot than the typical semi-auto with a shorter, lighter pull. There is truth in that, but once one has the feel of it, a double-action trigger teaches the shooter to distribute the weight of the pull and makes them a better shooter with an autoloader. Revolvers are rare in my self-defense classes these days, but when they do show up, the user tends to finish near the top of the class and, surprisingly often, as the overall top shot. Indeed, most self-defense experts recommend the revolver be a double- action-only (DAO) design to reduce the likelihood of an unintentional “hair trigger” discharge under stress, or the false allegation that such occurred. 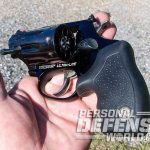 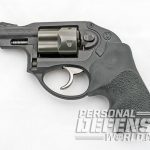 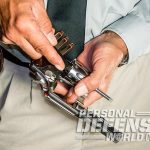 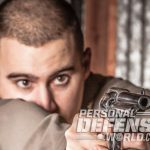 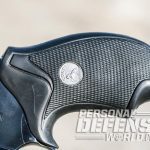 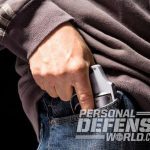 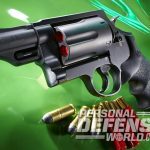 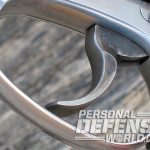 Revolvers have yielded to semi-automatic pistols in popularity for some time, but this certainly doesn’t make them obsolete. Many gun-wise folks feel that the double-action revolver can be an ideal choice for new shooters in particular. And many of its advantages are appreciated by advanced handgunners as well. It is not at all uncommon for someone who carries an autopistol as a primary weapon to wear a small revolver for backup. As you can see from the attributes listed in the gallery above, the revolver still occupies a strong place in the defensive firearms world.

This article was originally published in “The Complete Book of Revolvers” 2017 #199. To order a copy, visit outdoorgroupstore.com. 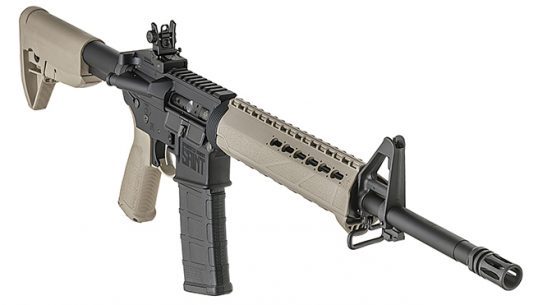 The Springfield Saint Is Now Available in Flat Dark Earth

The latest addition to the Springfield Saint rifle lineup is a new model that...