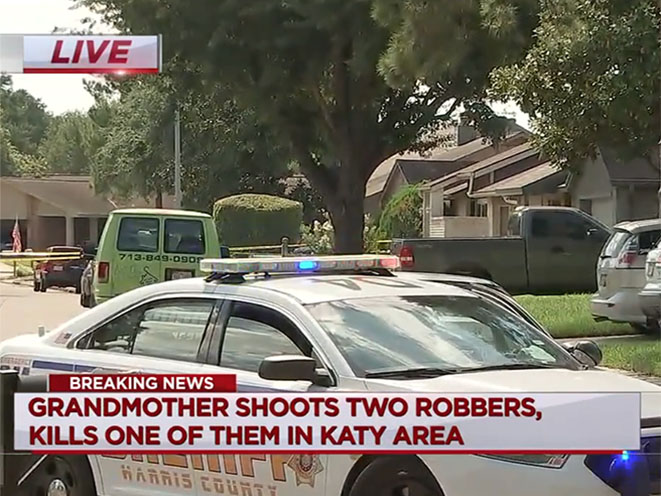 A 60-year-old armed grandma opened fire on a pair of home invaders on Monday, killing one and sending the other fleeing from the scene.

According to ABC affiliate KTRK, the grandmother was alone inside her Katy, Texas home when two men walked into the house through the open garage.

“Both were armed with pistols, she confronted both suspects, retrieved a handgun and fired several times at both subjects,” said Deputy Thomas Gilliland of the Harris County Sheriff’s Office.

One bad guy died at the scene, while the other jumped a fence and took off. Investigators aren’t sure if the second suspect was hit by the grandmother’s gunfire.

Authorities are working to determine if this was a random act or if the two suspects intentionally targeted the home. The armed grandmother told police she didn’t know the home invaders.

“From what we understand, it’s a rental home but there are several people who live in the home. But this morning she was by herself in the house,” Gilliland said.

The grandmother has the full support of her neighbors, including Catherine Hanks.

It’s unclear at this point if the grandmother will face any charges, but based on what we know, it doesn’t appear as though she will. 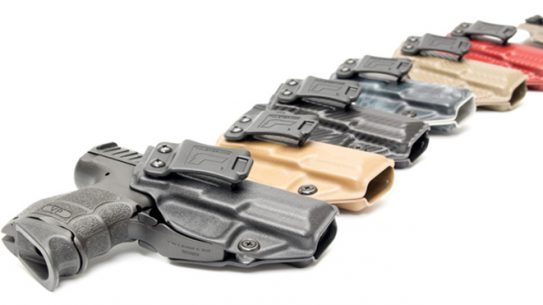