There’s never a dull moment when it comes to gun laws in the state of California. On the docket for today is a report that the Los Angeles City Council has voted to repeal a longstanding ban on the sale of “ultracompact” handguns.

According to CBS Los Angeles, the gun ban, which was enacted in 2001, defined “ultracompact” handguns as those that measured up to 6.75 inches in overall length and 4.5 inches in height. It was shepherded by then-City Councilman and current City Attorney Mike Feuer, who argued at the time that “these concealable, compact weapons are the weapons of choice for criminals,” the Los Angeles Times said.

The only problem with the “ultracompact” gun ban? It was preempted by state law. As the California Rifle & Pistol Association (CRPA) pointed out in a press release, California gun owners are already subject to a state-side restriction on the sale of handguns that aren’t on the DOJ’s “Roster of Handguns Certified for Sale.” But by banning “ultracompact” handguns, the city of Los Angeles was prohibiting the sale of approved guns that are on the DOJ’s roster. Thus, the ordinance was in conflict with state law.

In September of 2016, attorneys for the NRA and CRPA submitted a pre-litigation demand letter to the city pointing out the ordinance’s flaw and arguing that it should be repealed. While the city hemmed and hawed, the NRA and CRPA kept submitting public record requests until the city finally relented and repealed the law.

“My clients are pleased that the city recognized that local governments cannot regulate in ways that conflict with or duplicate state laws,” CRPA attorney Chuck Michel said in a statement supplied to the Times. “We will continue to monitor local municipal codes throughout California and pursue the clean-up of these kinds of ineffective laws — which typically are never enforced once the initial press conferences are over.”

The Times reports that the council voted to repeal the ban in a vote of 12-0 without discussion. Mayor Eric Garcetti’s staff has said he will sign off on the decision.

Like we said, there’s never a dull moment in California. 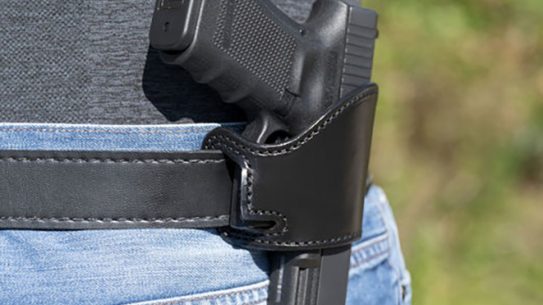 Safariland and its Bianchi brand have already announced fits for the newly-released Glock Gen5...