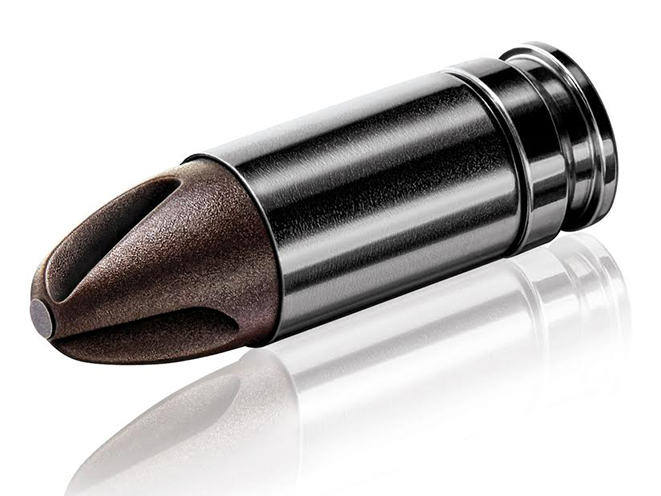 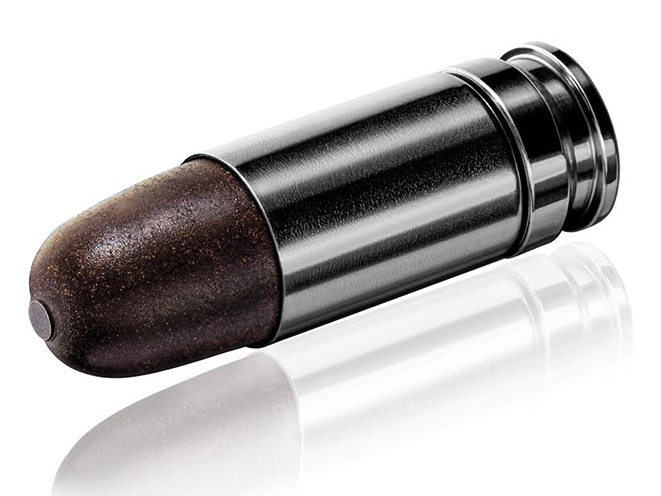 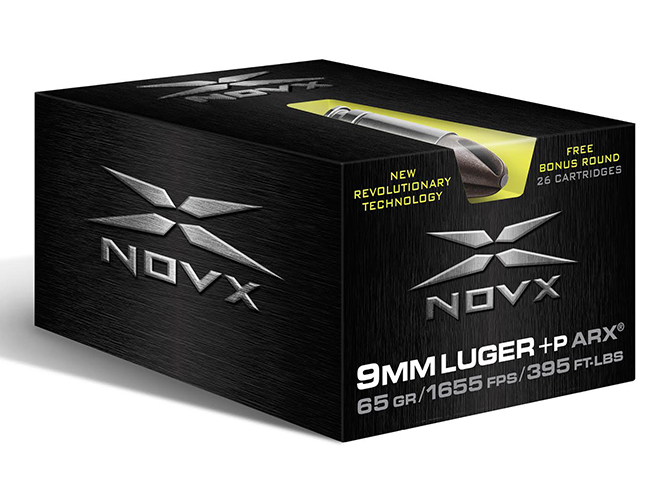 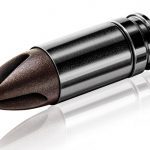 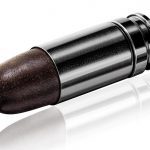 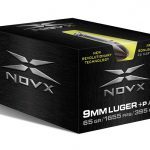 NovX Ammo has introduced this week what it’s calling “the most effective, lethal combination of bullet technology in more than a century.”

RELATED STORY: 3 Final Things to Consider When Deciding Between 9mm, .40 and .45

First amongst the new ammo is the NovX 9mm ARX Engagement: Extreme Self-Defense cartridge. The cartridge combines the intellectual properties of a polymer/copper ARX bullet with the Shell Shock Technologies (SST) stainless steel casing and aluminum primer base, operating on the principle of Aero and Fluid Dynamics, not hydrostatic shock or mushrooming. The result is a stronger, lighter and more consistent cartridge.

According to NovX, the 9mm Extreme Self-Defense ammo produces 20-30 percent higher velocity than standard ammo, which aids in faster target re-acquisition times. On top of that, Law NovX says there is 40-60 percent weight reduction versus standard ammo when in the field.

Also on the roster is the NovX 9mm RNP CrossTrainer. It was developed in parallel with the NovX 9mm ARX Engagement: Extreme Self-Defense cartridge utilizing the Shell Shock Technologies SST case, combined with the RNP (Round Nose Precision) bullet in lieu of the ARX profile.

The RNP CrossTrainers features nearly identical weights and velocities as the Extreme Self-Defense round. NovX Ammo says the CrossTrainer is geared toward training, competition and recreational shooting.

With the benefits of a self-lubricating and corrosion resistant stainless casing and the lack of lead fouling, firearms cycle faster and more reliably while shooting more accurately and burning cleaner.  The advanced polymer/copper bullet composition acts like a frangible round and mitigates ricochet when shooting into impenetrable surfaces or steel reactive targets at the range.  Plus, with emerging lead regulatory compliance issues in certain states, as well as indoor ranges, the absence of airborne and deposited lead is a significant advantage to the end user and range owners. 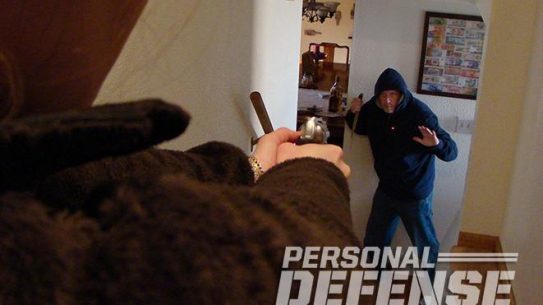 While an alarm system provides early warning of an intruder, you still need to...