A Good Samaritan who intervened in a Starbucks armed robbery is being threatened with a lawsuit from the suspect.

The incident occurred in July at a Starbucks in Fresno. According to multiple reports, 30-year-old Ryan Flores approached the counter wearing a Transformers mask and armed with a knife and what turned out to be a fake gun.

As he threatens the cashier, 58-year-old Cregg Jerri sneaks up in the background. As seen in the video above, Jerri hits Flores with a chair in the back and a struggle ensues.

During the tussle, Jerri was stabbed in the neck, but managed to wrestle the knife away from Flores.

“The guy, in my opinion, went from a Good Samaritan to a vigilante,” Chimienti told KGPE-TV. “Stabbing somebody that many times, it doesn’t take that many stab wounds to get somebody to succumb to you.”

However, Fresno Police see Jerri as a hero and nothing else.

“To say that Cregg Jerri is going to be sued for intervening in an armed robbery and being stabbed in the neck, that’s is ludicrous,” Fresno Police Chief Jerry Dyer told KGPE-TV.

KGPE-TV also spoke with legal analyst Charles Magill about the Starbucks armed robbery. “Good luck finding an attorney that wants to represent a young robber who’s going to be convicted of robbery,” Magill said. “That’s not going to sell very well to the jury.” 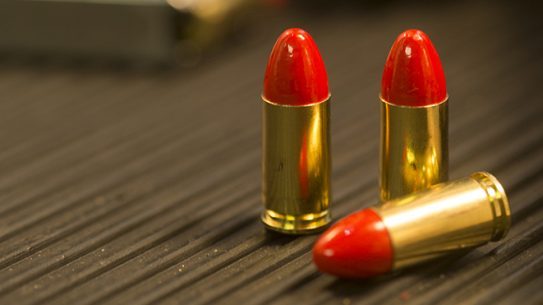