An IHOP waiter used his mixed martial arts skills to take down a would-be robber in San Antonio last week.

22-year-old Elijah Arnold was in the process of opening up the IHOP on the city’s northwest side when he suddenly heard an alarming noise near the front of the restaurant.

“I just heard the register popping …I stepped out and looked and there he was pulling the register out and everything so I just took off, my instinct kicked in and I took off full speed at him,” Arnold told ABC affiliate WFAA.

The suspect hit Arnold in the face with a crowbar, but the IHOP waiter was still able to gain the upper hand by getting the bad guy into a submission hold he learned thanks to his training as a third-degree black belt in mixed martial arts.

“He tries to start apologizing and, ‘man I’m so sorry. I know I hit you. I know I’m trying to steal your money, but just give it to me. I need it really bad’ and everything like that,” Arnold said.

Police eventually got to the scene and placed the robber in handcuffs, but a second suspect who was with him is still at large.

Arnold is banged up from the incident, but he is otherwise doing fine, especially after talking with his IHOP managers. He had previously worked at IHOP for four years, but he got hooked on drugs and eventually wound up homeless. He’s since cleaned up his act and been given a second chance at IHOP.

“When I walked up to my managers today…they just congratulated me and said thank you and that was the biggest thing that I could have was the thank you from my managers,” he said. 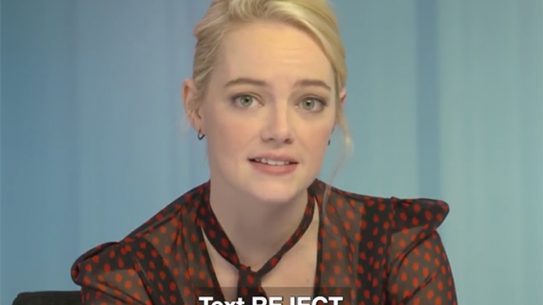 Everytown for Gun Safety has used celebrities to hit out against concealed carry reciprocity...