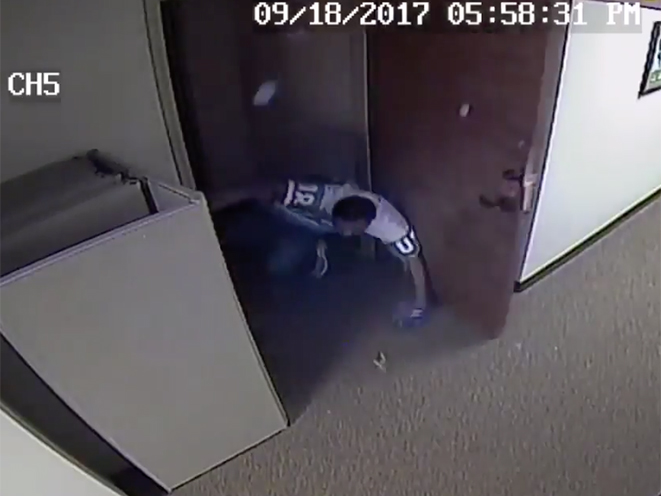 There will be no charges filed against a North Carolina woman who shot an office intruder attempting to evade police capture for shoplifting at a nearby Walmart, the area district attorney has decided.

54-year-old Connie Wells was working after hours at her CPA firm in Knightdale on the evening of Sept. 18 when 24-year-old Deondre Branch—on the run from the cops after reportedly stealing 10 bras from the Walmart—entered the building. Surveillance footage shows him repeatedly slamming into the dead bolted door to Wells’ office suite and eventually storming in.

When Wells realized an intruder was in the office, she tried to call 911, but she couldn’t get her phone to work. Wells’ attorney, Damon Chetson, described what happened next.

“She screams at him to stop,” Chetson said shortly after the incident. “And when he fails to stop and ignores her screams, he’s now within 10 feet of her … She’s a concealed carry permit holder. She fires a single shot at him, he falls, and she starts screaming for police.”

Branch—who has an extensive rap sheet that includes an arrest for assaulting a woman— was hit in the neck. He was transported to a local hospital. His family says he’s been learning how to walk again.

After an investigation into Wells’ actions that night, Wake County District Attorney Lorrin Freeman has said she won’t be charged.

“Based on the thorough and professional investigation conducted by the Knightdale Police Department, it has been determined that Mr. Branch was engaging in the offense of breaking and entering, and that Mrs. Wells reasonably believed her life to be in danger and therefore was justified in using force in self-defense,” Freeman’s report reads. “Therefore this matter has been closed with no criminal charges for the use of that force.”

Chetson released another statement after the DA’s decision was announced.

“It is a tragedy any time anyone is seriously injured,” Chetson said. “However, Deondrea Branch committed a crime when he broke into her closed and locked office, kicking down a 150-pound solid core door in the process. The laws of this state permit a person to exercise deadly force to respond to the imminent threat Ms. Wells faced that evening of being killed or seriously injured. Ms. Wells used force only after exhausting other options.” 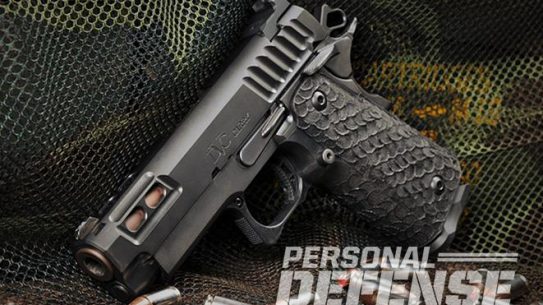 STI pulls out all the stops to make the ultimate 9mm everyday carry companion...