A Georgia pastor had God and a gun on his side when he opened fire on a home invasion suspect breaking into his house late last week.

According to ABC affiliate WSB-TV, Keith Beck, a pastor of a Baptist church in Bartow County, was home Thursday morning with his wife and two children on the 800 block of Santa Fe Trail in Woodstock, Cherokee County, Ga. when the family was alarmed by the sound of breaking glass downstairs in the basement.

Beck grabbed his gun and went to investigate, while his wife ran to a neighbor’s house for help.

“Come to the door and she was screaming, ‘Invader in the house!’ and her two kids were still in there asleep,” neighbor Bill Kennedy recalled.

Back at the house, Beck moved to the basement where he came upon a man later identified as 19-year-old Donavan Simmons coming into the house through the window. Beck opened fire, shooting Simmons in the head.

Beck is not facing any charges in relation to the shooting.

“I think he did the right thing, protect his family,” Kennedy said. 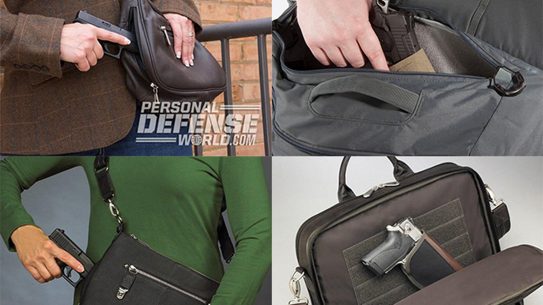 If you're going to practice off-body carry rather than on-body, these are the seven...