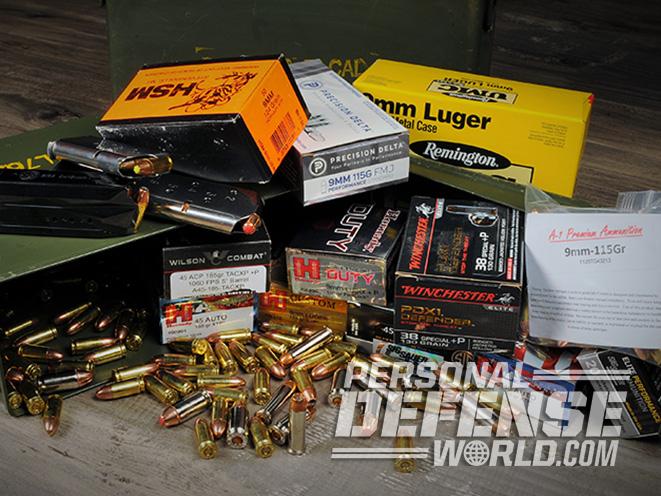 1 of 10
A Definitive Guide to Selecting the Best Handgun Ammo for Your Needs
“Remember, it’s important to do your research, and don’t fall victim to the idea that you need to carry a certain caliber or style of defensive ammo.” 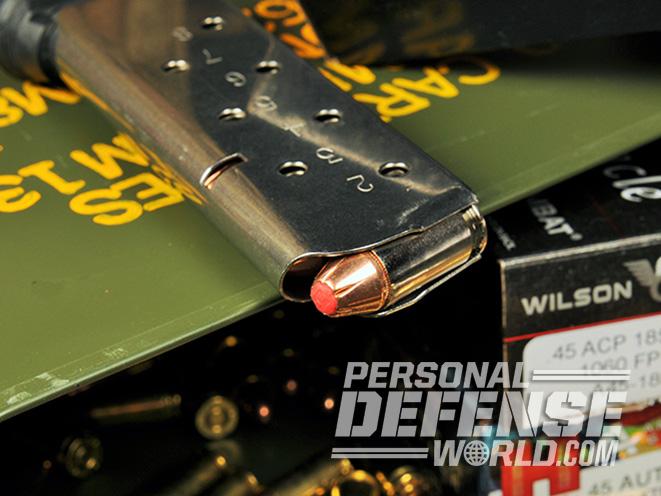 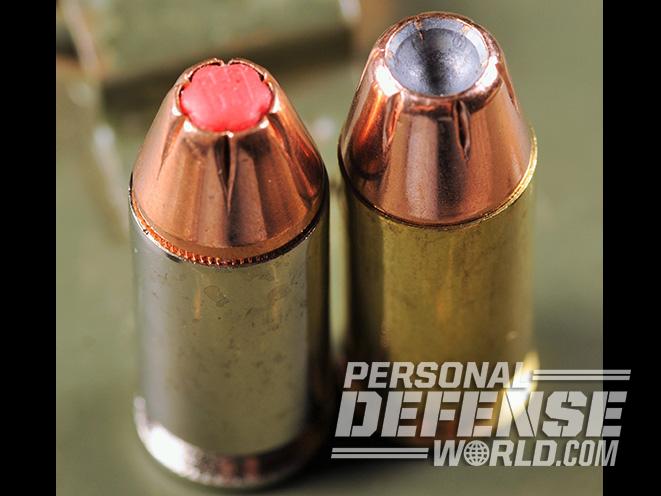 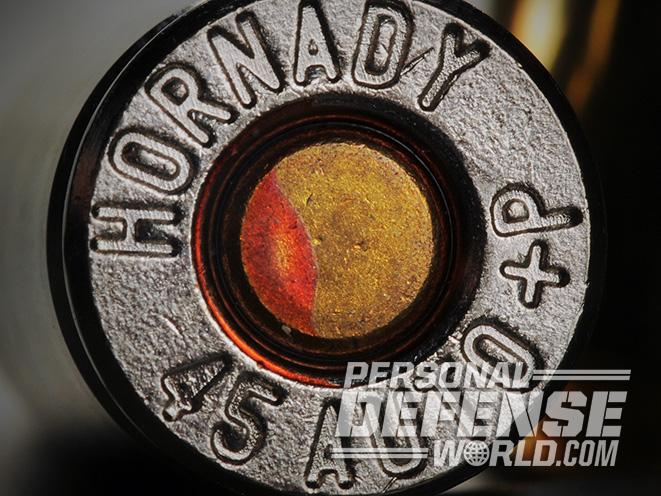 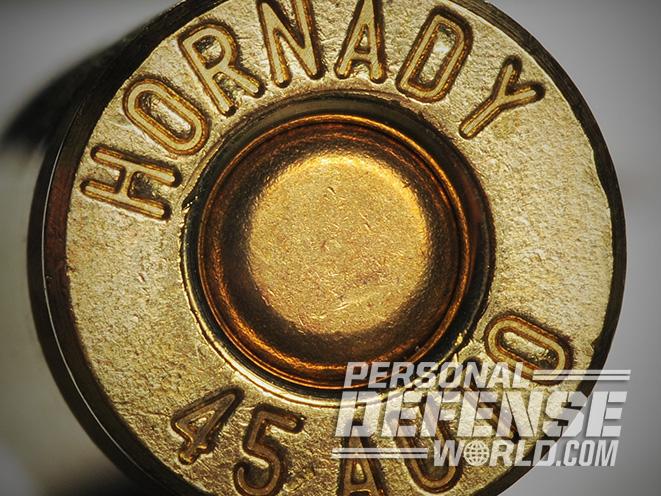 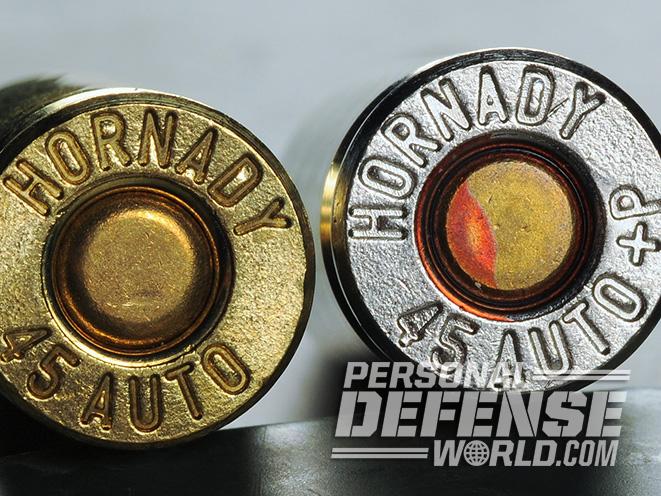 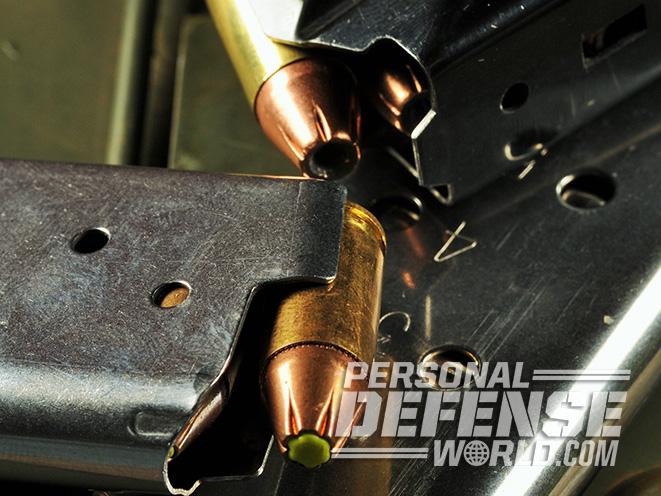 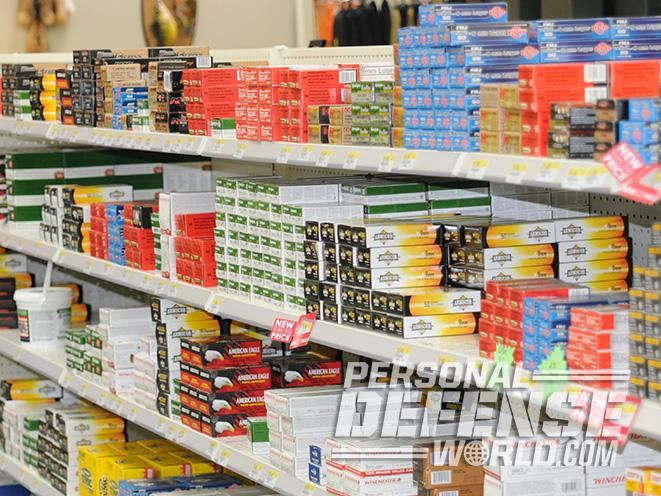 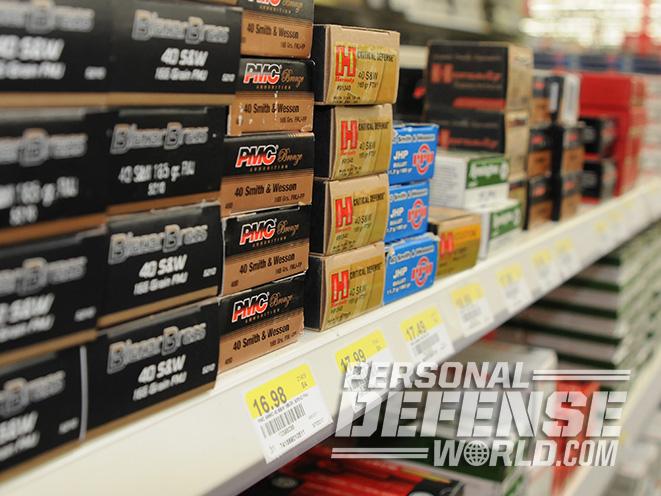 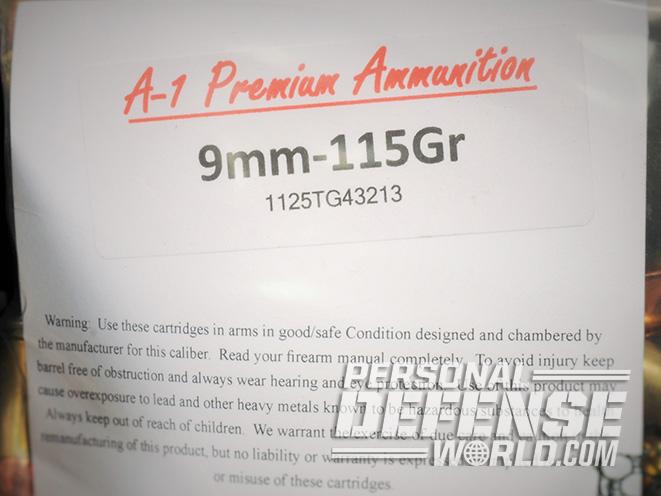 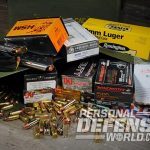 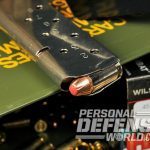 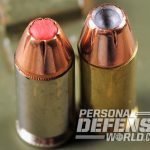 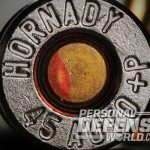 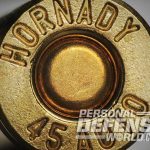 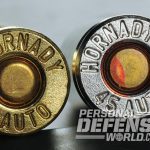 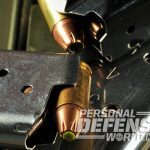 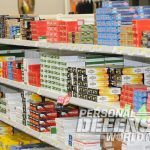 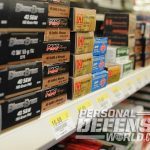 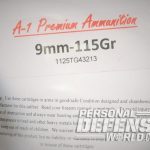 With hundreds of options in every caliber, how do you choose the proper handgun ammo for your needs?

Choosing ammunition can be daunting considering how much “information” about defensive handgun ammo is on the Internet. Misinformation about choosing self-defense ammunition comes from many sources, even shooters with a lot of firearms experience. Defensive ammunition must be reliable, tested often and comfortable for the shooter to handle. Understanding the various types of ammunition available is important when you’re making an educated guess, provided you do your homework, about the right ammo for your situation.

When researching handgun ammo, you’ll find wadcutter, frangible, full-metal-jacket (FMJ), hollow-point and jacketed-hollow-point (JHP) rounds, to name just a few. Then you get into +P and +P+ loads as well as magnums. What the heck does all of this mean? You’re just looking for ammunition you hopefully never have to use other than at the range. So let’s take a close look at what’s out there.

Let’s start with wadcutters. These are inexpensive, low-recoil, low-energy rounds with a squared-off nose primarily used for practice in revolvers. Normally, wadcutters don’t play well in semi-auto pistols because of the design and shape of their projectiles. A pistol’s feed ramp needs the rounded nose of the bullet to smoothly feed the round into the chamber. A semi-wadcutter has a rounder nose than a wadcutter and is sometimes popular as a defensive round in revolvers, especially when found in +P versions.

The FMJ is a round-nose bullet made of lead and coated with a thin layer of copper. This improves the feeding process in semi-auto pistols. It’s one of the most popular rounds for target practice. FMJ rounds are typically not great as defensive rounds, however. Their design lets them pass through a target, creating over-penetration concerns.

That brings us to hollow points, the most common defensive rounds. Each hollow point has an open cavity at the tip that makes the bullet expand more than an FMJ bullet. The hollow point transfers the maximum amount of energy to the target while decreasing the possibility of overpenetration. Most ammunition manufacturers have hollow-point cartridges designed for defensive shooting and concealed-carry applications. Many manufacturers also offer hollow points with a polymer tip in the cavity. This polymer tip drives into the hollow point and forces the round to expand to a larger diameter.

Frangibles are designed to help prevent overpenetration. They consist of a bullet-shaped capsule filled with numerous small lead pellets. They are typically very expensive, and their effectiveness in a defensive situation is debatable.

With all of these options, you would think there couldn’t be more to the equation. However, you must consider +P, +P+ and magnum rounds. For starters, +P or +P+ is ammunition loaded to a higher internal pressure than standard ammunition. Increasing the internal pressure produces a round with a higher muzzle velocity, which equals more stopping power.

When discussing defensive handgun ammo, you must understand a few things. Shot placement is the most important factor. A bullet is only as good as the shooter behind the trigger. If you can’t put rounds on target, it doesn’t matter what ammo you’re using. You need to carry a caliber you’re comfortable shooting and that you can handle efficiently.

Unfortunately, there’s no magic caliber that’s adequate to carry for defensive purposes. People who can only handle a smaller caliber shouldn’t believe those calibers are not useful for self-defense. I have a friend whose uncle was killed by a .22 round. I’ve seen people shoot a squirrel with that round, and the squirrel ran away.

A well-placed round of any caliber will do damage. No pistol you would normally carry concealed has enough power to do serious damage to internal organs unless the bullet hits an internal organ. Remember, this will not look like the movies. The bad guy will not react to every shot you put into him. A handgun bullet must hit something critical, such as the brain or spine, to stop someone in his tracks. Shot placement is more important than ammunition type for winning a gunfight.

Also, remember that power is not always the best aspect of a defensive round. I know I will probably hear a lot of hate for this, but you must take overpenetration into account. We’re talking about defensive shooting, not hunting or target practice. As the power of a cartridge is increased, the possibility that the bullet could penetrate through your target and still have enough energy to cause serious harm to innocent bystanders increases. If you’re forced to use your handgun in a defensive situation, you do not want that round to overpenetrate and injure or kill an innocent victim.

Expansion is also important for two reasons: A bullet that expands has a greater chance of striking vital organs and a lesser chance of passing through the body and hitting something you did not intend to shoot. You always need to know what’s beyond your target in any situation and remember that over-penetrating a target is never a good thing.

So, considering all that, which ammo will work best in your gun? That’s a difficult question to answer without testing the ammunition firsthand at the range. You should conduct some reliability testing so you know the ammo you choose will function reliably in your firearm.

Firing at least 100 to 200 rounds will give you a good idea of the reliability of that ammunition with your gun. If the firearm eats through your ammo without a malfunction, that’s a good indication your gun plays well with that ammo, and the ammo will be reliable. Remember, accuracy can be negotiable, but reliability cannot.

Testing ammunition—especially defensive ammunition—can be pricy, but it also could save your life. Additionally, I always recommend that you test your ammunition in all of your magazines. Sometimes, ammo can act differently in your gun just by changing to an older magazine that might be worn a little more or a brand-new magazine with a tight spring. If you find a good deal on a new brand of defensive ammunition or something with more powder, you should always re-test that ammunition to make sure it’s just as reliable as the handgun ammo you previously carried.

It’s always a good idea to blow through handgun ammo you carry or that has been sitting around for a while. Ammo can get old and not function properly, especially ammo you carry regularly. Moisture and temperature changes can vastly affect the functional reliability of your ammunition. Plus, it’s wise to pull that gun out of the holster and give the gun some exercise. One time I went to the range and pulled my Kahr PM9 off my hip to shoot it after probably six months of it sitting in a holster—and carried every day.

To my delight, the first round of Hornady Critical Duty 9mm +P I fired functioned perfectly. The second round looked like my gun had been in a 16-year-old girl’s slumber-party pillow fight. All of the pocket lint, dirt and debris broke loose and shot out a cloud of dust and lint that filled the air for a few minutes.

After I had a good laugh, the gun ate through the old ammo flawlessly, plus an extra 50 rounds. I loaded it back up, put it away in my holster and knew I had the right combination of gun and ammunition. By the way, I don’t recommend carrying a gun that long without cleaning it.

Of course, I’m not saying you should only shoot your defensive ammo through your defensive gun. Save some money and shoot some FMJs. I’m a big fan of a good reload for target practice, too. But be careful when you select reloaded ammunition, though. The best deal is not always the best idea. I’ve had students come through my concealed pistol classes with some garbage reloads they got “for a great deal” at the local gun and knife show. The 9mm rounds they had blew the magazine apart in their Glocks, and the .45 rounds another student brought were not even crimped. The bullets were falling out of the brass.

Certainly, not all reloads are bad. You just have to find a reputable company. I’ve shot A-1 Premium reloaded ammunition for years, and in almost all of my classes, we go through at least 500 rounds. I cannot remember one ammunition malfunction during the past five years, and Jeff at A-1 guarantees every round that leaves his shop. Finding a company with that kind of track record will save you money and might save you a gun, too.

Remember, it’s important to do your research, and don’t fall victim to the idea that you need to carry a certain caliber or style of defensive handgun ammo. Instead, get something that functions in your gun every time you pull the trigger, and train until you can hit what you’re shooting at. Test that gun and ammunition regularly, and remember to carry every day. 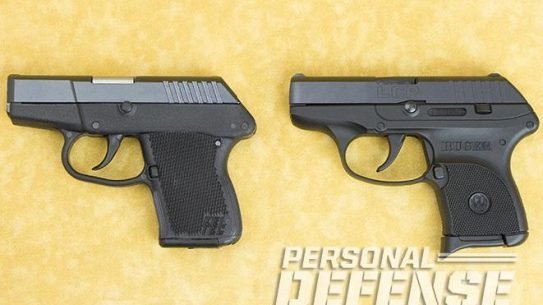 Two tiny titans, the sub-10-ounce Kel-Tec P-3AT and Ruger LCP, duke it out.