Joe Biden is the latest politician to weigh in on gun control in the aftermath of the Sutherland Springs, Texas church shooting. The former Vice President stopped by “The Today Show” earlier this week to promote his new book “Promise Me, Dad” when he was asked about the controversial topic during a question and answer session with the audience.

An audience member named Brianna asked, “With the tragedy that just happened in Texas, my question is how do you justify the Democratic view on gun control when the shooter was stopped by a man who was legally licensed to carry a gun?”

Biden replied, “Well, first of all, the kind of gun being carried he shouldn’t be carrying.” It’s unclear if he was referring to the armed citizen, Stephen Willeford, or the shooter, Devin Patrick Kelley, with that response. He then went on to talk about a gun control law he helped author.

“Number two, it’s just rational to say certain people shouldn’t have guns. Now the fact that some people with guns are legally able to acquire a gun and they turn out to be crazy after the fact, that’s life. There’s nothing you can do about that,” Biden continued. “But we can save a lot of lives and we stopped tens of thousands of people from getting guns who shouldn’t have guns.”

As previously reported, the suspect in the church shooting—Devin Patrick Kelley—was shot twice by Stephen Willeford, a good guy who was armed with an AR-15. Willeford and another good samaritan then gave chase to Kelley after he fled in his vehicle. The chase ended when Kelley crashed his car. He was found dead in the vehicle with a self-inflicted gunshot wound to the head.

Watch the exchange between Joe Biden and the “Today Show” audience member above. 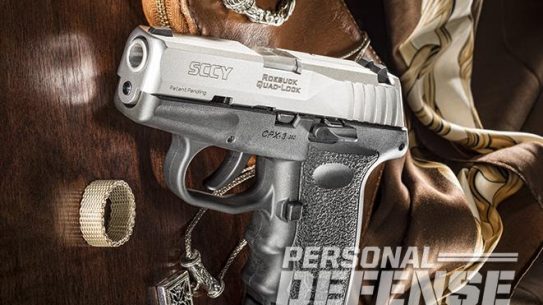 The SCCY CPX-3 is a great self-defense choice for anyone searching for an easily...