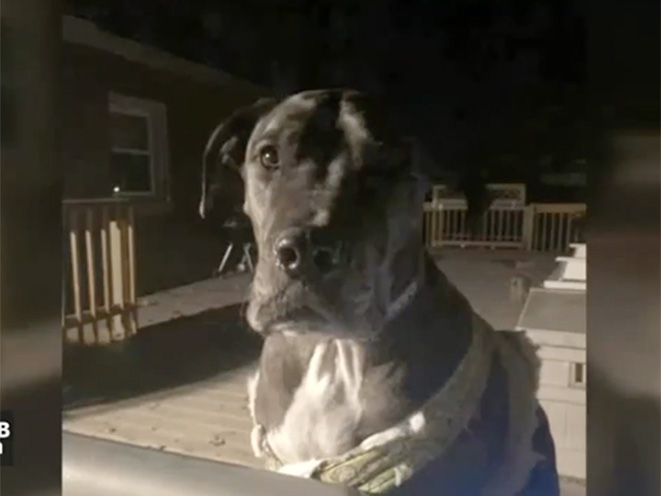 Criminals are banking on easy targets when they commit their nefarious deeds; this is why the presence of a firearm in your home is imperative. Adding an intimidating protection dog to the mix won’t hurt, either. In Louisville, Ky., an armed homeowner and his 150-pound Great Dane stopped a robber and held him until police arrived on the scene.

WDRB says Derek Thomas was about to turn in for bed after watching a football game last Saturday night when he noticed a shadow standing by his truck outside his home. He then observed the figure outside trying to open the door to the truck.

Alarmed, Thomas—whose wife and three children aged 3, 7 and 9 were all asleep inside the house—grabbed a gun and went outside while barefoot to find a man rummaging through his vehicle.

“As I pulled my gun on him, I said, ‘What the hell are you doing in my truck? Get out of my truck!’ and he crawled back out and basically tried to crawl around the back,” Thomas said.

150-Pound Great Dane To the Rescue

The suspect stood up. Then Thomas says he fired two warning shots into the air on his 10 acre property. This caused the man to get back down to the ground. Thomas then told his wife—who had awoken amid the commotion—to call 9-1-1 and bring the family’s Great Dane named “Tank” outside, which she did.

“He started barking and go crazy,” Thomas recalled. “I said, ‘You hear that? That’s my 150-pound dog, and I’m not chasing you, but if you run he’s going to catch you.'”

Police eventually arrived and arrested 25-year-old Matthew Conklin. WDRB says police found capped needles, heroin and a small bag of what appeared to be meth in his pockets. Court records indicate he also tried to bribe responding officers with cash in order to avoid being taken to jail. Unfortunately for Conklin, the officers declined his officer and placed him in handcuffs. He’s been charged with drag trafficking, trespassing and bribery, for which he’s pled not guilty.

Conklin has a long rap sheet that includes multiple drug convictions, and in fact he was due in court this past Wednesday for sentencing in another drug-related case.

Thomas told WDRB he’s glad he had his gun—and his dog—to protect his family and home.

“I work hard for my money, and it makes me upset someone was out here in my stuff, stealing my stuff,” he said. 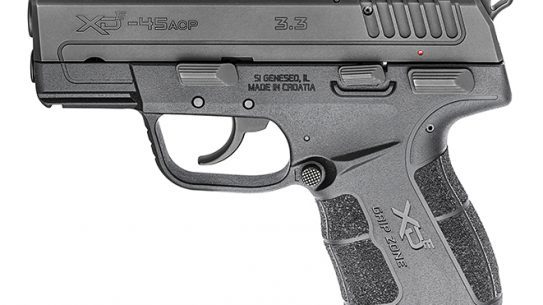 The Springfield XDE Is Now Available in .45 ACP