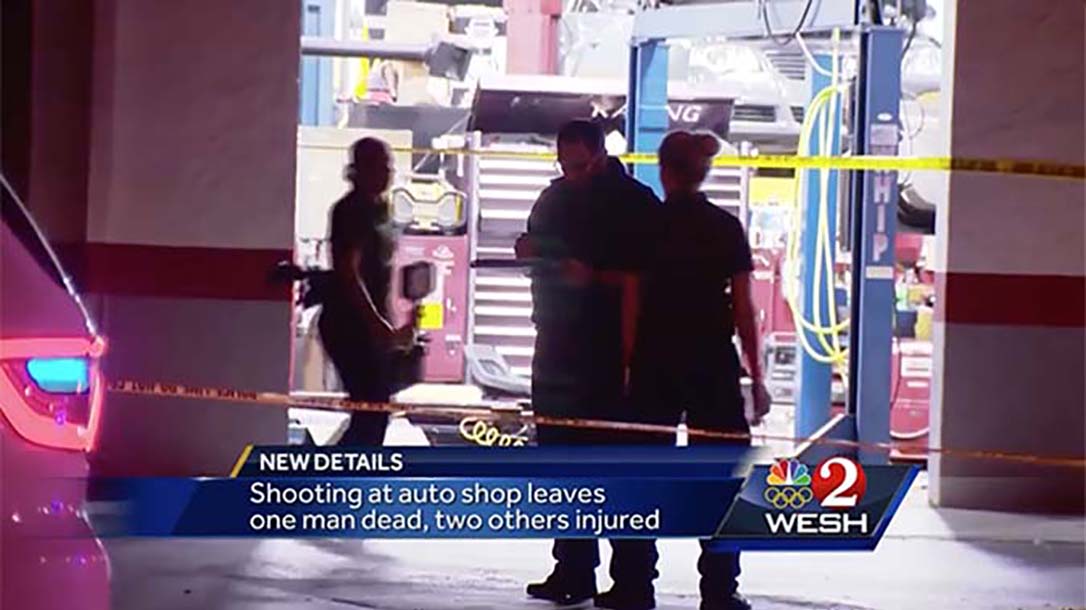 A pair of good guys with guns stopped a bad situation from becoming a whole lot worse when they took down an Florida active shooter at an auto repair shop on Black Friday.

The incident went down at around 4:30 p.m. when 28-year-old Robert Lorenzo Bailey Jr. walked onto the parking lot of Schlenker Automotive in Rockledge carrying a .45 caliber handgun and multiple magazines. Bailey drew his gun and started firing at a 25-year-old employee working there. 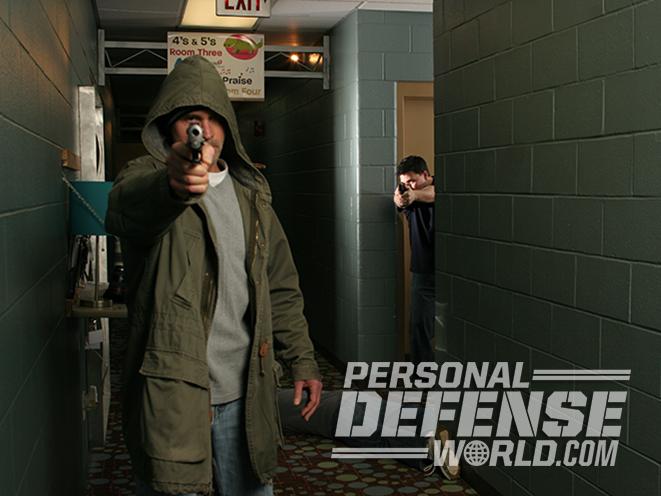 One Schlenker employee, 50-year-old Roger Lee Smith, was shot and killed after stepping out into the parking lot when he heard the shot that paralyzed his co-worker, who hasn’t been identified.

That’s when two of the other employees started fighting back.

Bailey was shot twice by the concealed carrying manager and employee. Police arrived on the scene shortly thereafter and transported him to Holmes Regional Medical Center in Melbourne, where he is still recovering. He’s been charged with one count of first degree premeditated murder, and two counts of attempted murder.

Authorities are working to determine a motive for the shooting. Right now there’s no known connection between Bailey and the business. He’s a part-time custodian at an elementary school in the area. He also worked as a bouncer at a local bar, but was recently let go from that role after getting into a fight with a patron whom he thought had a gun. The patron was unarmed. He also told people working there that he had PTSD, but a check revealed that he had no military background. He had no prior arrests.

Regardless of the motive, it’s clear that the two armed workers saved the day when they shot Bailey.

“If not for the brave, quick thinking of the employees at Schlenker, this could have been a lot worse,” La Sata said. “Mr. Bailey had multiple magazines on his person. He was intent on doing harm. The employees stepped up.” 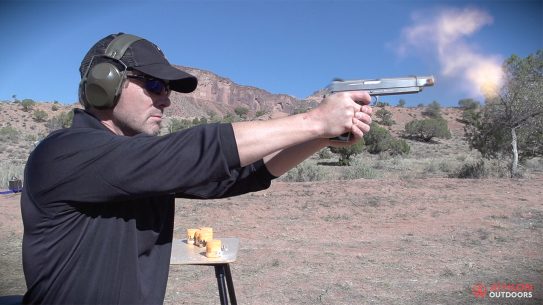 Coonan is well-know for making exceptional pistols and the .357 Magnum Compensated 1911 might... 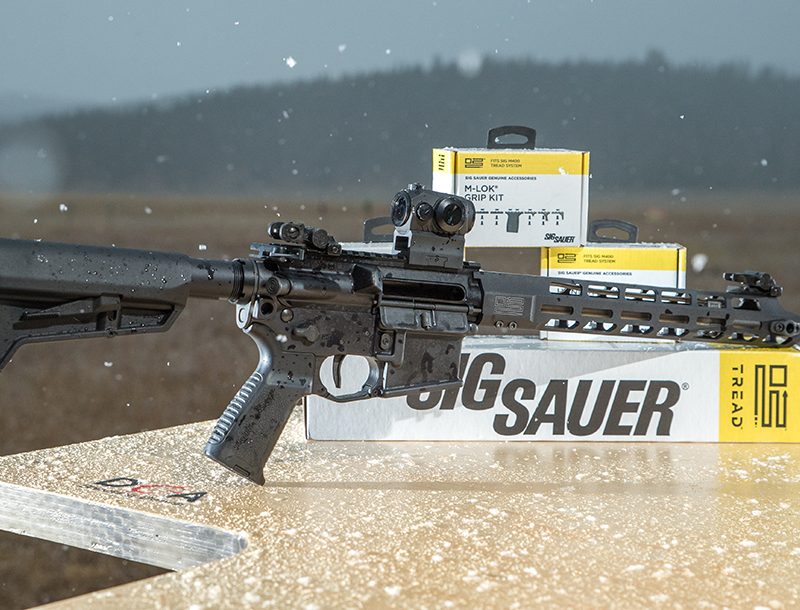