An armed citizen stepped in to help a sheriff’s deputy getting attacked by a homeless man at a gas station earlier this week, opening fire on the suspect and sending him running from the scene.

According to FOX 5 News, it all began when 52-year-old Sgt. Randy Harkness of the Dawson County Sheriff’s Office gave a man later ID’d as Justin Foster a courtesy ride to a Chevron gas station on Georgia Highway 400. 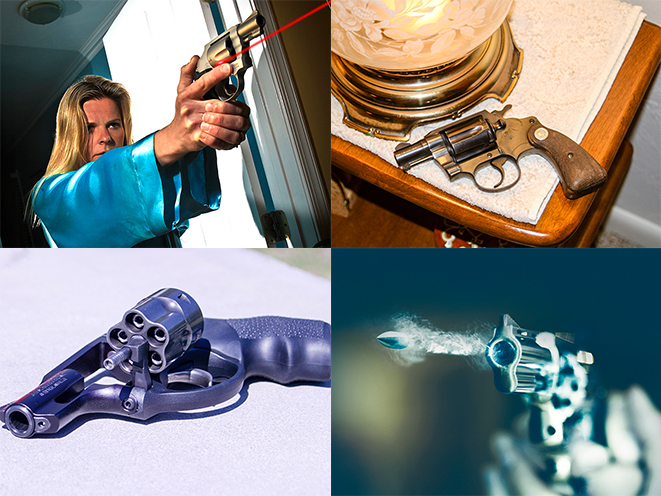 “He then began to give the gentleman some money just to help him out and the suspect began to physically assault him,” said Sheriff Jeff Johnson. WSB-TV reports that Foster started punching Harkness repeatedly in the head and face.

An unidentified woman in her late 20s happened to be in her car at the gas station when she saw the assault. She grabbed her gun, exited her vehicle and opened fire.

“She shot off a round. The guy got off the police officer and she shot another round and he was running that way I think, there was three shots,” said Aseem Kahn, owner of the gas station.

The Dawson’s County Sheriff’s Office says Foster—who’d been shot at least once—managed to run across the street to a McDonald’s, where he started attacking a 75-year-old woman in the parking lot. It’s believed he was trying to steal the woman’s car.

“He … looked at her and told her she was dead, and then punched her square in the nose,” said Sharon Cheek, the shift manager at the McDonald’s.

Fortunately, a couple of customers stepped in and took Foster down to the ground, holding him until police arrived.

Harkness—a 24-year veteran of the Dawson County Sheriff’s Office—was treated at an area hospital and released. Kahn told WSB-TV that the Sgt. is well-liked in the area.

“(The deputy is) one of the nicest guys we all know here. He’s a jolly personality,” he said.

The armed citizen who stepped in to stop the assault is also being praised.

“It could have been worse, mate, thank you for that lady who was carrying,” said Kahn.

Johnson agreed. “I truly believe that she’s a hero. I believe that she potentially saved this officer’s life. I don’t know how far this suspect would have went with the assault,” he said.

Foster is still recovering at a local hospital and is facing a number of charges, including criminal attempt to commit murder. 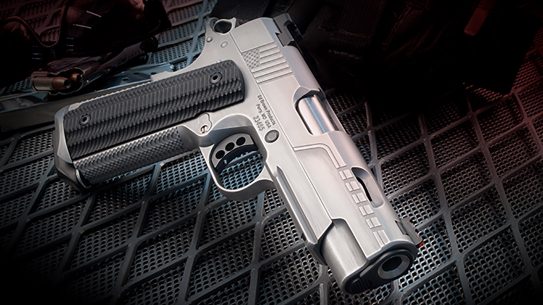