A retired merchant seaman with a concealed carry permit unloaded on two suspects during a failed carjacking in New Orleans over the weekend. 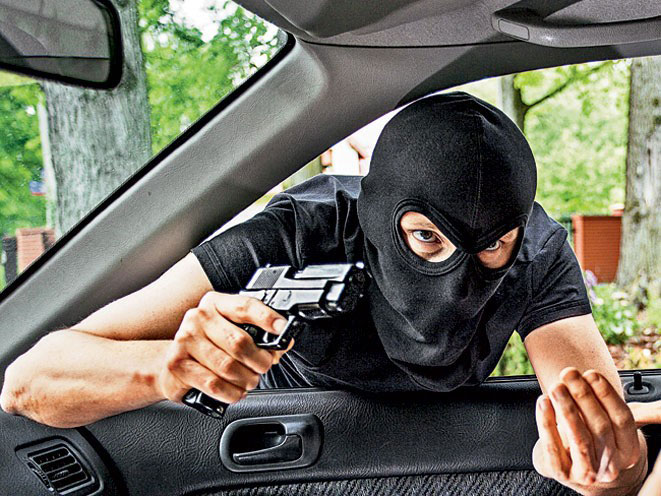 63-year-old Bennie Sideboard told the New Orleans Advocate he and a friend from out of town had just pulled up to his home on Milan Street at around 1:45 a.m. on Sunday when two masked men wearing dark clothing suddenly approached them with handguns drawn, demanding the vehicle.

Sideboard complied. He got out of the car, which is when he was allegedly shoved down to the ground. Sensing an opportunity, he says he managed to swat away one of the carjackers’ guns and pull out a gun of his own. He then opened fire, shooting one of the suspects in the stomach.

According to Sideboard’s recollection, the wounded suspect cried out, “Oh, Lord Jesus!” after being shot. Both suspects then immediately took off.  Sideboard and other witnesses at the scene saw the wounded suspect run over to a car waiting nearby while holding his stomach. His accomplice stole the car that Sideboard’s friend had rented.

New Orleans Police have already made two arrests in connection with the case: 17-year-old Andrew Spikes, the person shot by Sideboard, and 21-year-old Jonah Marco, his getaway driver. Spikes was placed in handcuffs after showing up with a gunshot wound to his stomach at New Orleans East Hospital just after the incident. He claimed to have accidentally shot himself. 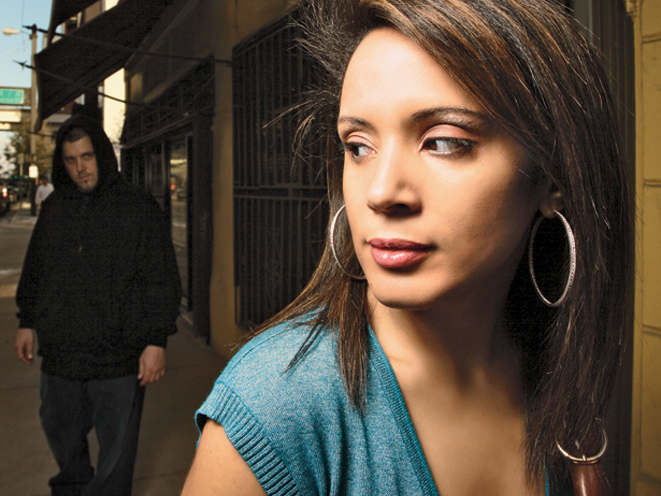 Marco initially told police he had picked up Spikes at a Winn-Dixie and driven him to the hospital, but after questioning he broke down and admitted to driving Spikes to the hospital from the same neighborhood where the carjacking went down. He also told police he dropped off Spikes and the other unidentified carjacker off in the area just before the shooting, and then picked up Spikes after Sideboard shot him.

Spikes was treated for his gunshot wound and then charged with armed robbery. His bail is set at $100,000. Marco is facing a charge of accessory to armed robbery with a firearm and has a bail set at $10,000. Spikes’ unidentified accomplice in the carjacking is still at large.

Police believe Spikes, Marcos and the third man are responsible for other carjackings in the area.

Sideboard—a gun owner with a concealed carry permit—was uninjured as a result of the incident. He doesn’t regret his actions, saying he grew up in a tough neighborhood and that “Where I’m from, it’s kill or get killed.” He added that he hopes Spikes is properly punished for the carjacking.

“He needs to be disciplined, and he needs to go to jail,” said Sideboard. “I worked hard all my life for everything I have. He should learn his lesson so he doesn’t do this again to anyone else.” 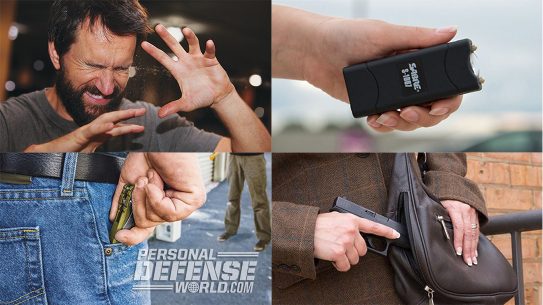 6 Personal Defense Products That Level the Playing Field for Women

A rundown of six personal defense products designed to get the fairer sex out...