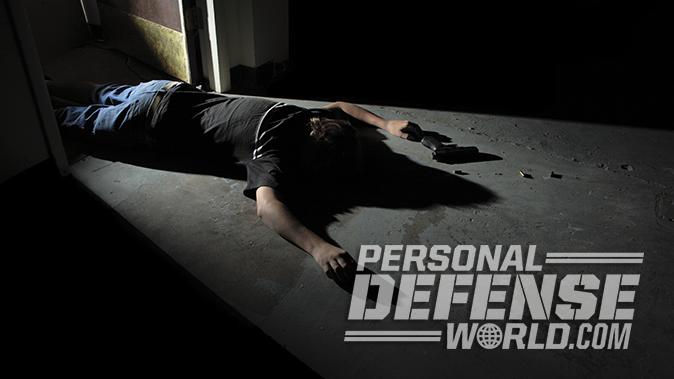 1 of 5
Ayoob: The Myths & Missteps That Lose Justifiable Homicide Cases
An uninformed jury might assume that several shots indicates malice, not self-defense, but expert witnesses can help set the record straight. 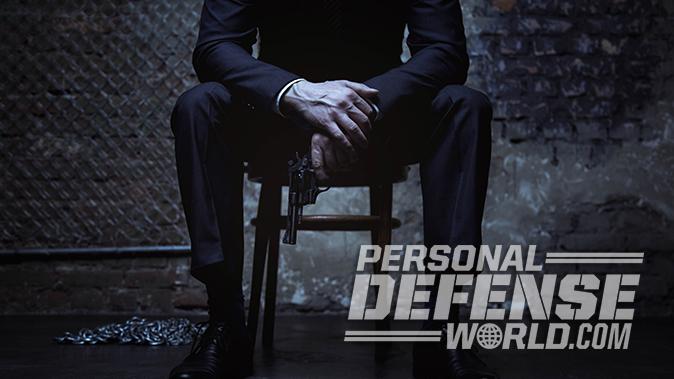 2 of 5
Ayoob: The Myths & Missteps That Lose Justifiable Homicide Cases 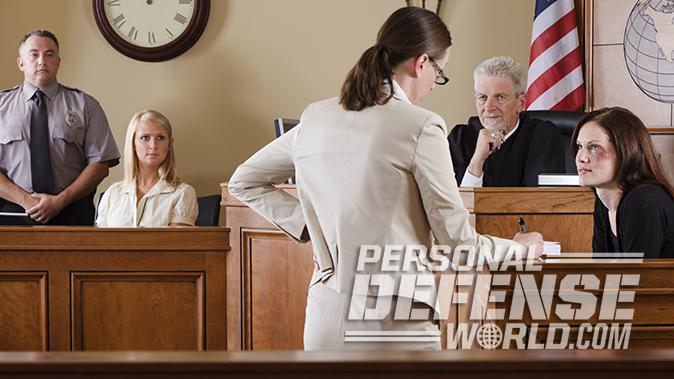 3 of 5
Ayoob: The Myths & Missteps That Lose Justifiable Homicide Cases 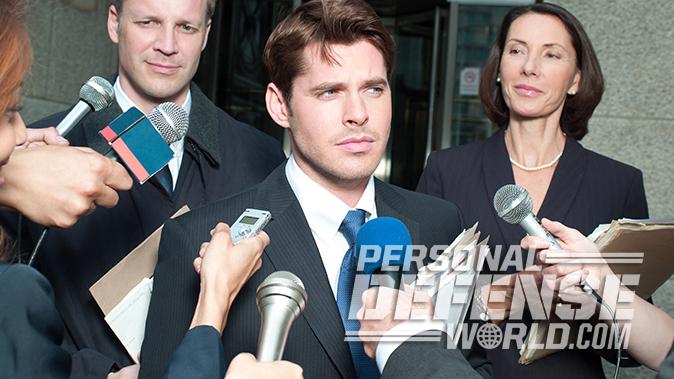 4 of 5
Ayoob: The Myths & Missteps That Lose Justifiable Homicide Cases 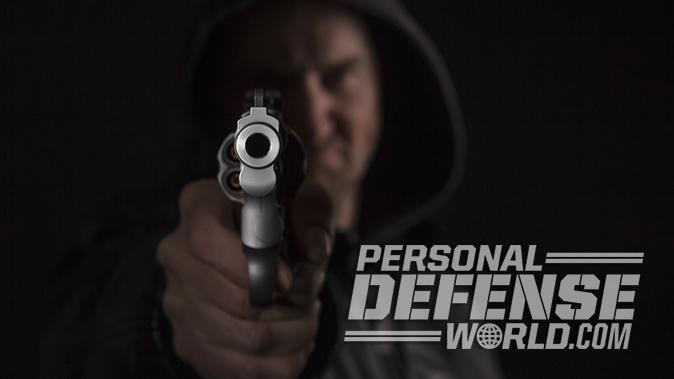 5 of 5
Ayoob: The Myths & Missteps That Lose Justifiable Homicide Cases 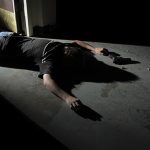 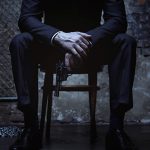 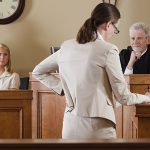 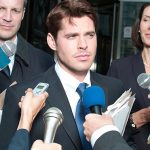 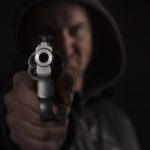 Fact: Lawyers make mistakes. Certain courtroom strategies that have become conventional wisdom in typical assault/homicide defense cases tend to have poor outcomes when the defendant justifiably caused the injury or death in question, in lawful defense of self or others. While most of the visitors to this site are not defense lawyers, it would certainly be wise to have a solid understanding of how things can go sideways if you ever find yourself or a loved one involved in a justifiable homicide case. Here, I offer some examples of common legal mistakes. The idea is to help you form the strongest defense if you’re forced to use deadly force to protect yourself or your family.

Given that so much criminal defense work involves forcing the state to make its case against a defendant who did in fact commit the crime charged—not to mention that so many criminal defendants lie to everyone, including their own defense lawyers—it is understandable that reserving the defense’s opening statement until the state has closed its case has become such a popular strategy. There are no surprises left for the state to spring, all of the state’s cards are (hopefully) on the table, and the defense’s opening can be tailored accordingly, and perhaps most importantly, the defense attorney has not made any promises he can’t keep.

If the jury is exposed to the full power of state’s/plaintiff’s case without hearing the defendant’s side of the story, then throughout the presentation of the opposing case all the jury hears on behalf of the defense is whatever points the defense can make on cross examination of presumably adverse witnesses. Each of those points becomes one scattered piece in a jigsaw puzzle with too few pieces to allow the jury to see the whole picture of the defense’s account of what happened.

Now, when the defense does open, it has a much more arduous hill to climb. It has to convince the jury that it has been misled by credible attorneys and seemingly sincere and truthful witnesses for the other side.

A classic example forevermore will be the roughly three-hour opening statement given by co-defense counsel Don West at the beginning of Case One: Florida v. George Zimmerman. In CNN’s daily coverage of the trial, one of the talking heads in the studio wailed that West was taking way too long and was going to put the jury to sleep. On the contrary: He set the stage for every juror to have the defense’s theory to compare when each prosecution witness testified.

And, as we all know, West and Mark O’Mara famously won an acquittal for their client, Mr. Zimmerman.

Power Of The Press

One of the first mistakes: “I don’t try my cases in the press. It will all come out in court.” This kind of thinking can sabotage a self-defense case immediately. Public opinion is always important. Take Case Two, for example.

In 1982, automobile designer and entrepreneur John DeLorean was caught with a briefcase full of cocaine and charged with conspiracy to distribute $24 million worth of coke. The government had some 65 damning tapes in evidence. His defense was led by Howard Weitzman and Donald Re. After press conferences claiming that their client was entrapped by ruthless prosecutors seeking a famous scalp, the defense of entrapment succeeded. Not only was DeLorean acquitted on all charges, but a poll taken shortly after the trial indicated that a huge percentage of the American public believed John DeLorean was railroaded.

We can never forget that once justice has prevailed and the wrongfully accused client has been acquitted, he or she and their family still have a society to return to. You certainly don’t want to be remembered as the criminal whose high-priced lawyer got him off on a technicality. The press can help clients return to an understanding and even sympathetic society in which they can resume their lives.

Another mistake arises in the form of Case Three. There are few more skillful criminal defense attorneys than Gerald Lefcourt, former president of the National Association of Criminal Defense Lawyers. In 1983, Lefcourt defended Frank Magliato, who was charged with depraved murder under New York statutes. Magliato killed a man 32 feet away who was coming at him with a raised bludgeon and screaming, “I’ve been looking for you!” when he fired a single shot.

Attempting to ward the man off, Magliato, who was legally licensed to carry, had cocked his .38 Colt Detective Special. It “went off” as the assailant came toward him, discharging the fatal shot. Magliato panicked and fled the scene, creating a “flight equals guilt” situation. Against the advice of his own expert witnesses, Manny Kapelsohn and myself, Lefcourt decided to frame the defense as an accidental shooting.

Judge Thomas Sullivan would not allow testimony indicating that Magliato drew the weapon proactively as the attacker had approached while visibly armed. The defendant was convicted of depraved murder, which the appellate court reduced to manslaughter, and he had to serve several years of hard time.

Justifiable homicide is well established, but there is no such thing as a justifiable accident. If an attorney of such legendary skills as Lefcourt couldn’t make it work, we have a preview of how “my client shot him by accident” will fare. Juries typically do not feel warmly toward those who kill someone by accident.

Some lawyers might advise against a defendant from taking the stand in a self-defense case, but there are a few things to remember. Self-defense is an affirmative defense. Both sides agree that the client has shot the deceased. What is at issue now is why the defendant did so. Who but the defendant can truly get that across to the jury?

I have spoken in defense of people who justifiably killed their assailants in self-defense but could not realistically be expected to take the stand. Consider Case Four, Florida v. Mary Menucci Hopkin, where a 63-year-old lifelong battered woman who had survived all her life by placating aggressive alpha males, saying whatever they wanted to hear, would have supposedly been putty in the hands of an alpha male prosecutor on cross examination. Or consider Case Five, Florida v. Wilburn Brooker, where the defendant had a heart condition and his defense attorney, Jeff Weiner, was told, “If you put Will on the stand, you’ll win your case but you’ll lose your client, because Will’s heart will not withstand the stress of cross-examination.”

Mark Seiden won an acquittal for Mary Hopkin, and Jeff Weiner managed to prevail for Wilburn Brooker. But both attorneys will tell you it was a very steep uphill fight without the clients being able to tell the jury their side of what happened.

“How can I claim self-defense when my client shot him twice in the back? Or shot him seven times?” You can show it through expert testimony, and also through your skillful cross-examination of the forensic medical examiners who will be put on the stand by opposing counsel as the accusing side presents its case.

When the number of shots is an issue, be familiar with the authoritative text “Gunshot Wounds” by Dr. Vincent DiMaio, and the earlier authoritative text of the same title by Dr. Abdullah Fatteh. You can use these to establish that violent men in a state of rage, perhaps augmented by alcohol or drugs, can soak up 30 or more gunshot wounds before they cease their violent activity. Cardiologists will testify that as a rule of thumb, a man with his heart completely destroyed can continue aggressive, conscious, purposeful activity for 15 seconds or more.

The shots in the back can be acc­ounted for in a number of ways, by expert witnesses and also by any graduate of the Force Science Institute, headed by Professor Bill Lewinsky at the University of Minnesota at Mankato. You will definitely need expert testimony to show that when the client made the decision for which he or she is being judged—the decision to shoot the oncoming attacker or die.

The average person can fire four shots per second with a gun that has a long trigger pull, and five or more per second from first shot to last with a gun that has a shorter trigger pull. Combine that with the fact that the average person can perform a quarter-turn of their torso in a quarter of one second, and a 180-degree turn of the torso in half a second. Your client’s reaction to the unanticipated stimulus of the onrushing attacker suddenly turning away can take three-quarters of a second—see how it adds up? Your expert on the stand, and you in the closing argument, should simply do the math.

In the time it takes a reasonable, prudent, ordinary person like your client to stop pulling the trigger, one or two or more shots will have been fired. Use demonstrative evidence, both on video and, if possible, live in the courtroom to demonstrate this to the jury. Over some 30 years, I’ve found this to work every time to get the truth across to the jury. 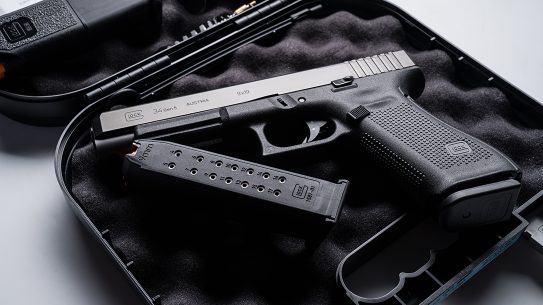 With its marksman barrel and MOS configuration, the Glock 34 Gen5 MOS may be...