by Robert A. Sadowski
in Guns, Handguns, Rifles
0

How close is too close? How close is a pistol to a short-barreled rifle (SBR)? Does an arm brace on a rifle-caliber pistol constitute an SBR? Does the owner need to purchase an NFA stamp? The Bureau of Alcohol, Tobacco, Firearms & Explosives has waffled on the definition of an arm brace and what an arm brace does when attached to a pistol in a rifle caliber. To say the least, the concept of an arm brace is a bit controversial. I like controversy, and I’ve always been intrigued by the AKS-74U, which is basically an AK-74 with an 8-inch barrel. These guns are commonly called “Krinkovs.”

I also like the 7.62x39mm. These rounds are inexpensive, plentiful and powerful. But I don’t like the idea of jumping through BATFE hoops and buying tax stamps. Then I became acquainted with the Century Arms RAS47 Pistol. It’s not an actual Krinkov, but this American-made weapon offers relentless reliability and good accuracy without the bureaucratic slogging of owning an SBR.

As mentioned, the BATFE has flip-flopped on arm braces for AR and AK pistols. Most recently, in March of 2017, the agency simplified things in a letter to an arm brace manufacturer, stating, “The use of stabilizing braces, as designed, would not create a short-barreled rifle when attached to a firearm.” It continued, “An NFA firearm has not been necessarily been made…even if the attached firearm happens to be fired from the shoulder.” 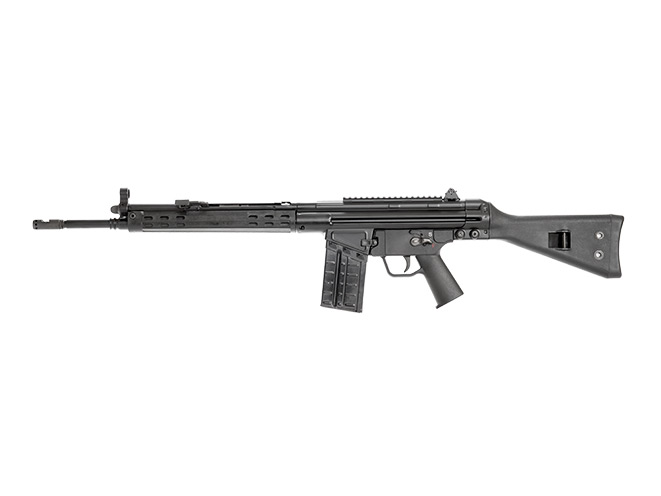 Return Of The CETME: The Century Arms C308

However, the BATFE stated that attaching an arm brace to a pistol and modifying the brace by removing the Velcro straps or making the attachment point sturdier or permanent will create an SBR, which comes under NFA rules. The BAFTE’s letter was addressed only to one specific arm brace manufacturer, so the question remains if this applies to all manufacturers of arm braces. Also, keep in mind that your local and states laws may differ from the BATFE’s federal statutes.

My test RAS47 Pistol came with one of Century Arms’ SB47 stabilizing braces. This flexible rubber support has two Velctro straps and is designed to be attached to a shooter’s arm. If you have never used an arm brace, it feels like a lethal prosthetic. Attaching the arm brace to the RAS47 Pistol was as simple as loosening the pistol grip. With the grip loosened, I slid the brace between the receiver and pistol grip. I then tightened the grip screw, which left the arm brace attached but easily removable. The fit was relatively seamless.

The gun itself features a stamped receiver and a 10.6-inch barrel with a nice blued finish. Century Arms then tricks it out with Magpul furniture, including a black textured MOE AK grip and a black Zhukov handguard. The polymer furniture really gives the AK-47 platform a fresh modern look and feel. I like the fact that the handguard covers the gas tube and shields your hand, which is especially useful with extended firing sessions. Like ripping through a 75-round drum. But I’m getting ahead of myself.

The action on my test RAS47 was smooth and easy to operate. I manipulate AKs by sliding my support hand under the gun to rack the bolt. When using this method, my view of the weapon’s sights aren’t obstructed and my firing hand always stays on the pistol grip. A bolt-hold-open notch is also cut into the receiver for the safety selector, which allows the user to keep the bolt open, a feature I’ve come to like on Americanized AKs.

The trigger on my test pistol—part of Century’s RAK-1 trigger group—was a single-stage affair with the creep expected in an AK. It would best be described as a serviceable combat-style trigger. The magazine release is T-shaped, providing more surface area and making it easier to operate than the typical AK-style release. The RAS47 Pistol also field-strips like any AK, which means it is fast to disassemble and reassemble.

Like all Century Arms AKs, the RAS47 Pistol is equipped with a side mount. I installed a Red Army Standard AK Micro Dot Side Mount kit that is specifically designed for Aimpoint, Vortex and Sig reflex sights, to name a few. My Vortex SPARC mated perfectly with the Red Army Standard side mount with four hex-head screws. The SPARC has a 2-MOA red dot with 10 illumination settings so I can tune it to lighting conditions.

Finally, I added a Romanian 75-round drum magazine. The RAS47 comes with one 30-round Magpul magazine, which I held onto for reloads. Now this is a pistol and, by my estimation, as close as one can get to an SBR without the hassle of a tax stamp and paperwork. Loading the drum required reading the directions since it houses a flat spring that is wound up to place tension on the cartridges. You also need to place the individual cartridges in the right location for the drum to run properly. Was my RAS47 practical? Who cares. It was wicked cool.

To test the pistol at the range, I tapped into some of my 7.62x39mm ammo stash and brought along Hornady’s new 123-grain Black SST ammo, which features polymer-tipped bullets in brass cases. I also had Red Army Standard 122-grain FMJs and Winchester’s “White Box” 123-grain FMJs. I lost about 200 fps in the RAS47’s 10.6-inch barrel compared to a standard 16-inch-barreled rifle. This decrease in velocity was expected. 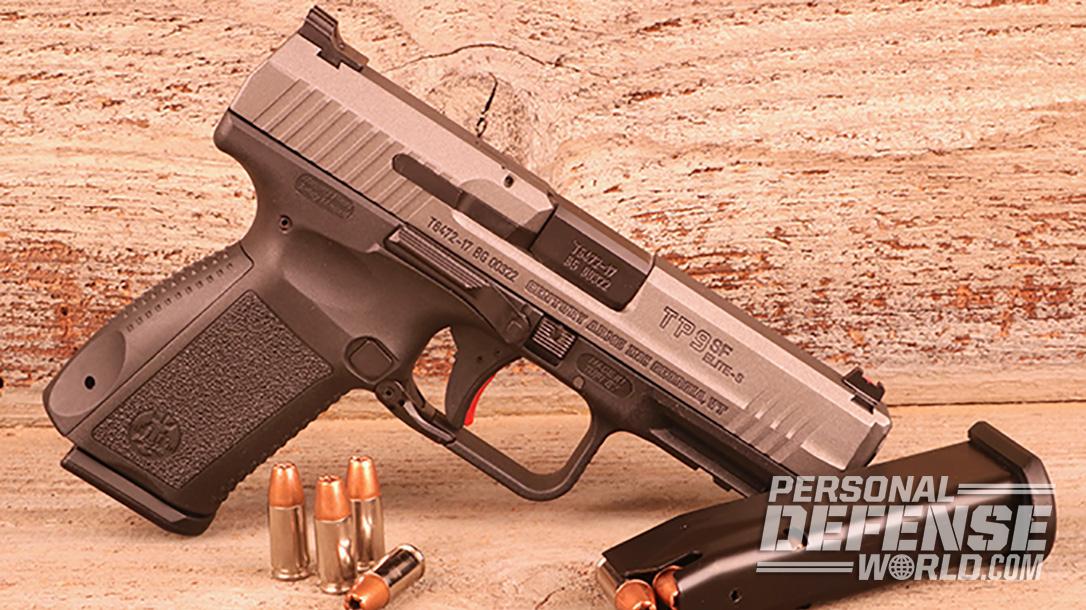 Using a rest, I was impressed. This setup shoots the black out of the target at 25 yards, which is pretty darn impressive. The smallest five-shot group at 25 yards measured 0.8 inches with the Winchester ammunition. The Red Army Standard load’s smallest five-shot group was 1.2 inches, while the Hornady load created a 1-inch group. This gun was shooting 1.25-inch groups across all brands on average.

But the real test is shooting off-hand. The RAS47 ran flawlessly, spitting out 75 rounds as fast as I could press the trigger. I also rested the brace against my cheek. The Vortex SPARC really helped wring out the gun’s accuracy when shooting for speed. The RAS47 displayed real firepower with the drum. Due to the added weight, the recoil was pleasant. And using a drum magazine is such a blast—I could have chopped down a tree using it. I prefer 30-round magazines, however, so I ran the gun with Magpul and metal Polish surplus magazines. The only issue was that I ran out of ammo too quickly.

Using the brace allowed me to take control of the pistol more effectively. I was able to accurately deliver quick three- to four-shot bursts. I didn’t modify the brace in any way, as per the recent BATFE statement.

The standard AK-47 slant muzzle brake did a good job controlling muzzle climb, though the 10.6-inch barrel meant there was more muzzle blast. The RAS47 was controllable and effective in rapid fire against targets. It was also easy to maneuver through doorways, getting into and out of a vehicle, down narrow halls and around corners. The RAS47 Pistol is not an SBR by BATFE definition, but it is the closest you can get.