A 17-year-old is in critical condition after being shot in the head by a friend attempting an Internet stunt known as the “No Lackin Challenge.” 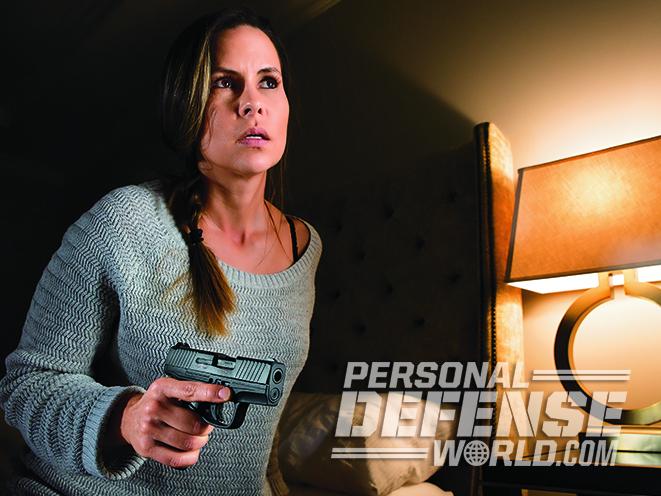 According to Patch.com, the “No Lackin Challenge” involves participants engaging in fake arguments and pulling guns on one another, with no shots being fired. But that’s not what happened last Thursday. Police say that’s when 21-year-old Sherman Lackland pulled out a black .40 caliber handgun and accidentally shot his 17-year-old friend in the right side of his head while sitting down at a cafe in Memphis, Tenn.

The 17-year-old teenager was rushed to the hospital for treatment. The bullet never penetrated his skull. He was later described by police as being in “extremely critical condition.”

As it turns out, Lackland didn’t have a permit to carry his gun. He’s now facing multiple charges, including aggravated assault, reckless endangerment with a deadly weapon and unlawful possession of a handgun.

USA Today says the “No Lackin” challenge is a recent trend. “Lacking,” according to Urban Dictionary, is a Chicago-area slang word which means not having a firearm on you.

The 17-year-old’s cousin, Terrencio Bell—who was also a witness—told WMC that the shooting didn’t occur as a result of the “No Lackin Challenge.”

“No, it wasn’t the No Lackin Challenge,” he said. “We were just sitting there eating when Sherman took [the gun] back out of his pocket, he pointed it up, and it went off.”

But Memphis Police Department spokesman Louis Brownlee told Patch.com that Lackland had confirmed to police that he and his friend were playing the “No Lackin Challenge” when the shooting occurred.

“What’s crazy is that I saw it on YouTube last Fall,” he said. “Someone shared it with our department. And we just shook our heads, like man, that’s just downright dumb. Luckily, there had not been any incidents involving it here locally until this one.”

According to Snopes.com, however, the extent to which the “No Lackin Challenge” is actually a trend is questionable, with sparse Google search results prior to the Memphis shooting and just a few YouTube videos to be found.

Trend or not, Brownlee is strongly advising young people to not get into this latest Internet stunt.

“Don’t participate in things like this,” he said. “This challenge, the Tide Pod Challenge. You want to do a challenge? Do something positive.”