An Albuquerque shooting between a good guy with a gun and a bad guy violently attacking his own family at an intersection ended with the good guy coming out on top. 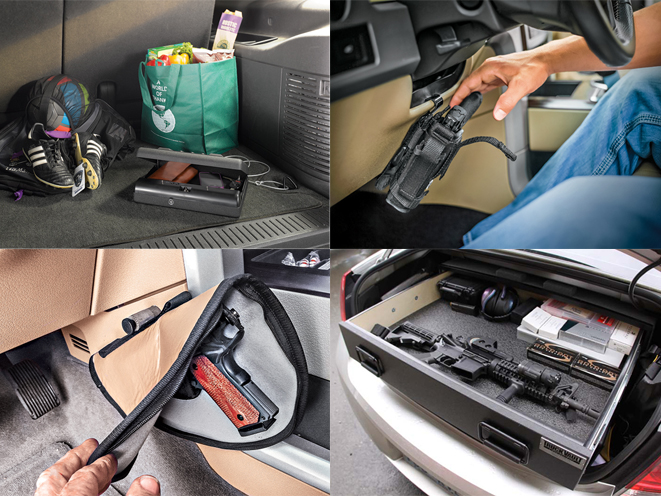 The Albuquerque Journal reports that it all began when a woman named Xiao Gong was driving her daughter to the Albuquerque International Sunport at around 5 p.m. on Sunday. That’s when another car suddenly slammed into her truck at a busy intersection. The driver of that car turned out to be her estranged husband, 66-year-old Qian Ming.

After ramming the truck, Ming got out of his car, pulled out a gun and started shooting at the two women. The daughter was struck in the shoulder.

Ming then pulled the daughter from the wrecked vehicle and started pistol-whipping her in the street.

At that moment, an Uber Driver—who is also a 12-year-veteran of the National Guard—happened to be driving by and saw what was happening. He got out of his vehicle and drew a concealed carry handgun.

The man ordered Ming to stop, but Ming turned around and allegedly pointed his gun at him. In fear for his life, the man opened fire, killing Ming.

Police arrived on the scene shortly thereafter and detained the man for questioning. He was eventually released and is not likely to face charges.

“To say the least, this guy prevented possibly a double homicide. That’s what we could have on our hands tonight,” Albuquerque Police spokesman Simon Drobik said. “In my 19 years of experience, I would say that those two females would have been dead if he hadn’t stepped in and took action.”

Xiao Gong and her daughter are in agreement that the man’s actions prevented a bad situation from becoming much worse.

“Mom in the hospital said, ‘He saved our lives,'” Drobik told KRQE. “You can’t get a stronger statement than that. So she knew it. Daughter knows it and good thing he took that type of action.”

The daughter remains in the hospital but is expected to recover from her injuries.