An attempted burglary in Apple Valley, Calif. was thwarted by a pair of armed neighbors who shot out the tires of the getaway car and held the suspects at gunpoint for police last Saturday morning. 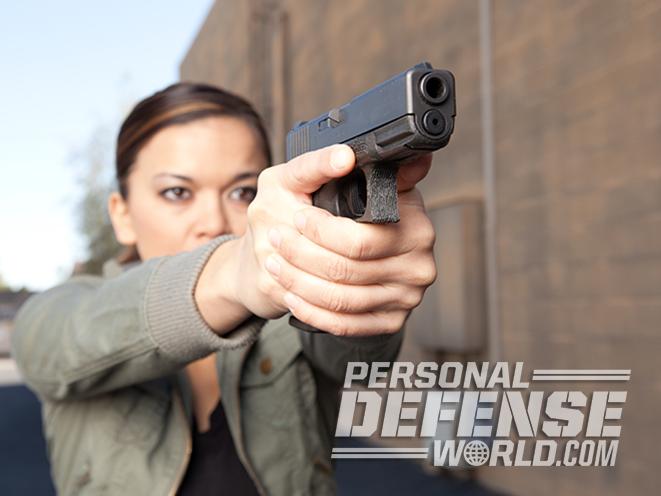 According to CBS Los Angeles, the incident began when two men later identified as 31-year-old Justin Elder and 59-year-old David Turner were breaking into a house that hadn’t been occupied since the previous owner passed away. A neighbor noticed the men and immediately became suspicious. He dialed 911, grabbed his gun and went to investigate.

The Victor Valley Sheriff’s Department described what happened next in a news release.

“The neighbor … then proceeded to shoot the tires on the suspect’s vehicle and the ground, keeping the suspects detained until deputies arrived. A second neighbor heard the gunshots and came to the residence armed with a shotgun but fired no rounds,” the statement reads.”

Police arrived and placed Elder and Turner in handcuffs. Both were booked into the High Desert Detention Center for burglary and are being held on $75,000 bail.

This isn’t the first time the house has been targeted. Police said the residence was previously burglarized between November 2017 and January 2018, with “several thousand dollars’ worth of property” stolen in the process.

During the course of the investigation, Victor Valley Sheriff’s deputies found similarities between the burglaries and were able to collect evidence that conclusively tied them to both break-ins. Based on the evidence, police obtained a search warrant of Turner’s residence and discovered about 75 percent of the property stolen from the house. They also found 22.4 grams of what’s believed to be methamphetamine, along with four guns and ammunition.

Unfortunately, the fate of the armed neighbor who stepped in and shot out the tires of the getaway car might be in trouble.

“A report will be submitted to the San Bernardino County District Attorney’s Office for review and consideration of charges for reckless discharge of a firearm at an uninhabited vehicle,” police said.