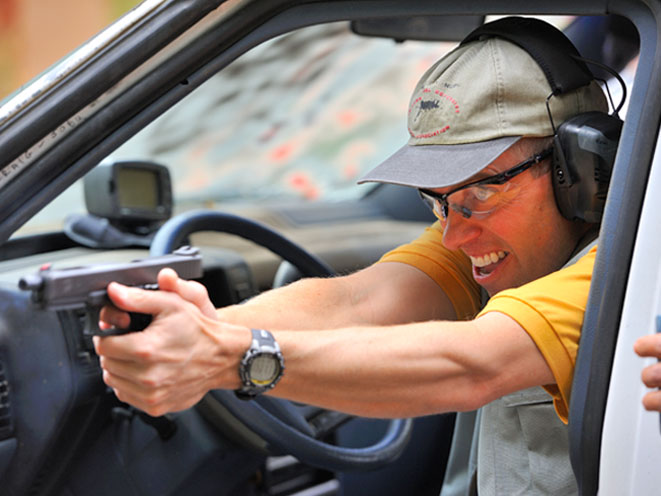 The key feature to note on the Atlas Gunworks Nemesis is a fixed front sight block which the company says “delivers the benefits” of a shorter lightened slide; less reciprocating mass; enhanced balance point; more weight at the barrel’s end; and a front sight that won’t move with the slide.

“The Nemesis truly is an amazing pistol for Limited shooters. Recoil is softer and flatter than traditional guns allowing the gun to return to true zero. The sight system allows for faster shooting and follow up shots that are always closer to true zero,” Atlas President Adam Nislon said in the press release.

The Atlas Gunworks Nemesis also shares many features found on the company’s other guns in this category, including a five-inch KKM bull barrel; Phoenix Trinity EVO grip; X-Line Vario trigger; and a flared ejection port. The pistol comes in either an all-black DLC coating or DLC black with a PVD gray frame and slide. Multiple magwell choices can also be had.

Available in .40 S&W, .45 ACP and 9mm, this gun is priced between $4,750 to $5,129, depending on the options you choose. It ships out—with a case and one 140mm magazine—in less than three months. See the specs below, and visit atlasgunworks.com to learn more.