A company called Freedom Concepts Laboratory introduced its new Liberty MkIX series of 80 percent 1911 frames at SHOT Show a couple of weeks ago. 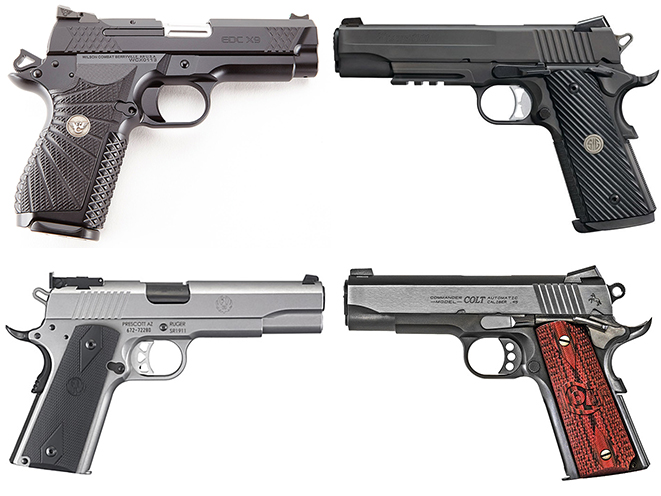 7 Simple Steps to Learn How to Shoot a 1911 Pistol

The Liberty MkIX lineup consists of three models, all of which feature a full-length grip that accepts 8-round magazines:

The press release says each model is made from a proprietary blend of long strand, glass filled polymer. It’s manufactured into a complete receiver with a reusable jig and patent pending, heavy duty steel rail inserts, resulting in a frame that weighs 50 percent less than a standard 1911 and uses 40 percent less parts, with a patent-pending modular backstrap that captures the mainspring assembly. The reusable jig is sold separately from the frame kits.

The backstraps are available in different sizes, and the sides of the frame have “generous” scallop cuts, making operating the controls comfortable for shooters of all hand sizes, according to the company. In addition, each model is designed to accept 1913 rail accessories, and each features a rectangular trigger guard compatible with some Glock light rail accessories.

Meanwhile, the Liberty MkIX is set up to be completely ambidextrous thanks to Freedom Concepts’ aftermarket 100 percent ambi kit available for $75. All Liberty frames come with a right-hand magazine release and conveniently accept standard 1911 thumb safeties and slide stops.

The individual Liberty MkIX 80 percent frames are priced at $139, but Freedom Concepts is also offering a “one box, one gun” firearm package that includes all the parts and kits you need to complete your build. That option is available at a $399 MSRP. Shipping begins in March, and it’ll be available exclusively at Brownells and GlockStore.

“FCL was formed to produce innovative, high quality firearm products that are within the reach of all consumers,” the company said in the presser. “We use cutting edge materials, combined with trend setting manufacturing techniques, to push the boundaries of performance.”