A New York gun owner named Scott Pappalardo filmed himself sawing his AR-15 in half in a symbolic protest against gun violence in the wake of the Florida shooting that occurred last week. 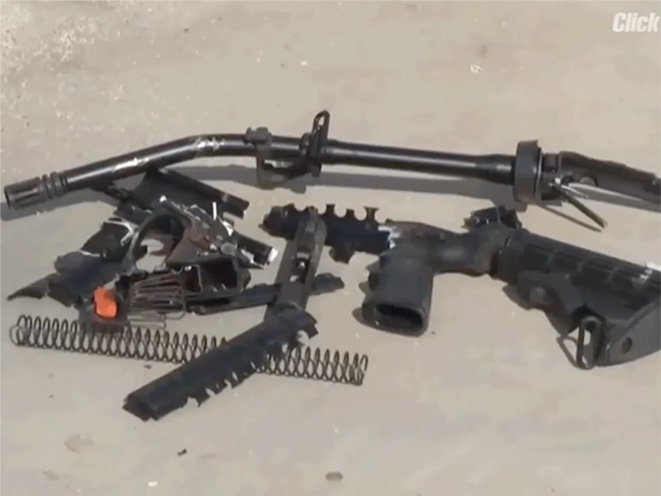 “This is my pre-ban, legally registered AR-15 which I purchased over 30 years ago,” Pappalardo says at the beginning of the video. “I’m a firm believer in the Second Amendment; I even have it tattooed on my arm. A lot of people have said to me, ‘what do you need to own a weapon like that for? It’s only purpose is to kill.’ I’ll be honest. It’s a lot of fun to shoot. I’m not a hunter. I’ve never killed anything with it except a bunch of targets.”

Pappalardo claims his change of heart began after the 2012 Sandy Hook shooting.

“I said to my wife, ‘I’d gladly give this gun up if it would save the life of just one child.’ That was five years ago now. Since then, over 400 people have been shot in over 200 school shootings,” and now as a result of the Florida shooting which took place at Marjory Stoneman Douglas High School in Parkland, “17 more lives lost,” Pappalardo said.

“So when do we change?” he asks in the video. “When do we make laws that say a weapon like this isn’t acceptable in today’s society?”

Pappalardo goes on to say that he could sell his AR-15, but he’s fearful that the child of whoever buys it could bring it to a school and use it to perpetrate another school shooting.

Pappalardo then gets up and proceeds to saw his AR-15 in half.

“There will always be people who want to kill and will do it one way or another, but they’re not going to do it with this gun,” Pappalardo said.

The video has been viewed over 16 million times since it was posted to his Facebook page on Saturday afternoon.