Evidence that does exist regarding defensive shootings indicates high capacity pistols are not, strictly speaking, necessary for the concealed carrier.

As a general rule, it’s good to be able to carry more bullets. No one has ever wished they brought fewer bullets to a gunfight and there are numerous examples of police officers getting into extended shootouts with suspects. However, is a high capacity firearm really necessary for the average citizen?

The conventional wisdom is that defensive shootings involving civilians tend to follow the “rule of threes” of police shootings. In other words, shooting incidents tend to (though don’t always) occur at a distance of 3 or fewer yards, last three or fewer seconds and are concluded in three or fewer shots.

If taken as true, that would mean that a relatively high-capacity firearm would be overkill for the typical citizen. You don’t have to get the Glock 19; the Glock 26 carries all you’ll need. You can elect for the S&W M&P Shield over the full-size M&P. The 1911 guys can be considered vindicated in their choice of sidearm.

What sort of data is out there to back up the idea?

Police shooting studies tend to tacitly confirm shorter distances, short durations and low round counts being the norm. However, this is a flawed comparison. Law enforcement officers are tasked with stopping a suspect and taking them into custody. It’s their job to put the threat down and then put them in cuffs. Mere flight may not be an option for the armed criminal; a shootout may be their only hope of escape. Additionally, many officer-involved shootings also involve multiple officers firing their weapons. 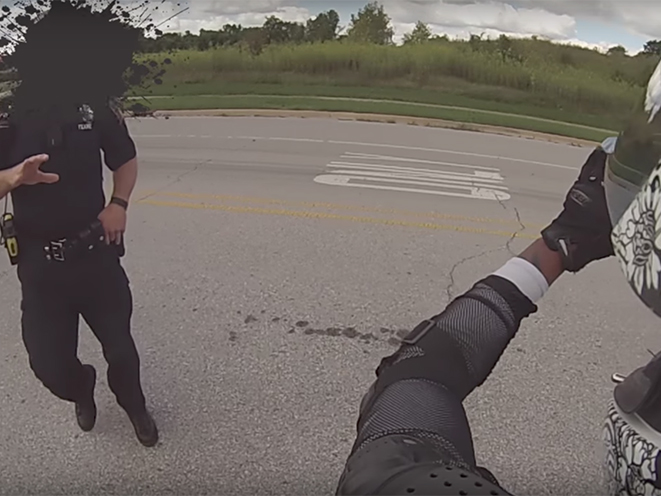 For the armed citizen, the goal is stopping the threat. The shooter is also alone in laying down fire. Therefore, police shootings are not the best comparison.

As for civilian defensive shootings, one of the few studies or surveys into the matter was conducted by Claude Werner, a former Army officer in Special Operations who then became a market researcher and firearms instructor. Werner analyzed five years of shooting reports from “The Armed Citizen” columns in various publications such as “American Rifleman.”

The average and mean number of shots fired was two. Most incidents involving more than two shots fired consisted of the shooter emptying the gun into their attacker, which was more common among those carrying revolvers.

Of the 482 incidents compiled by “The Armed Citizen,” roughly 72 percent (347) involved shots being fired. Of those, only three incidents involved reloading of any kind, one of which was the shooting of an escaped lion with a .32 caliber revolver.

A few other incidents could be found via a search of the web. One incident, from a 2013 St. Louis Post-Dispatch article, recounts the experience of one John Wolf, who was held up at gunpoint while talking a walk outside his home in May of 2010. Wolf distracted the mugger, drew his .40 caliber Glock and emptied the magazine into the mugger. The would-be robber fell down, but got up while Wolf was reloading and fled across the street, only to collapse and expire.

Another incident, dating to November of 1990, appeared in the “Ayoob Files,” the collection of shooting incidents compiled by Massad Ayoob in various publications. A group of thieves broke into Harry Beckwith’s Guns — still in operation in Micanopy, Fla. though Mr. Beckwith is no longer with us — and started absconding with firearms, loading them into two stolen cars. Ayoob’s write-up of the incident is actually featured on the Harry Beckwith’s Guns website.

Beckwith, then 62, armed himself with a select-fire AR-15 and a S&W Model 76 submachine gun, being licensed to own fully automatic weapons. Beckwith approached the shop to stop the burglars, but was spotted and one of the getaway drivers tried to run him over. He opened fire with the AR-15, emptying two 15-round magazines into the oncoming car. The driver swerved away and fled the scene, despite suffering a chest wound that would prove fatal hours later. He then pinned down the rest with bursts from the Model 76, which he also used to disable the remaining car.

All told, Beckwith fired 105 rounds, having emptied two 15-round magazines through the AR-15 and was on his third magazine in the Model 76.

It’s impossible to predict what will happen in any given situation, but what evidence does exist regarding defensive shootings indicates high capacity pistols are not, strictly speaking, necessary for the concealed carrier. The odds your carry gun will ever be used are already remote at best; the odds you’ll fire more than a few times appear to be vastly lower.

Granted, a person should carry the pistol they are most comfortable and most competent with. If that’s a double-stack Wonder Nine, great! If that’s a snubbie, that’s fine too. It is also true that magazines are a common source of failures in semi-auto pistols; a spare magazine is therefore an insurance policy. With that said, you can be confident that the easy-to-carry single-stack subcompact is all you’re likely to need.