HK VP70: The Gun That Started the Polymer-Framed Party

The year 1970 was the apogee of the Space Age. The unpopular war in Vietnam was straining American patience, and Neil Armstrong’s one small step had been trod less than a year before. NASA had only recently introduced us to such novel stuff as freeze-dried foods, Mylar and Velcro. The US and the USSR stared at each other over the sights of thousands of nuclear weapons, and the world was never more than a button’s push away from extinction. 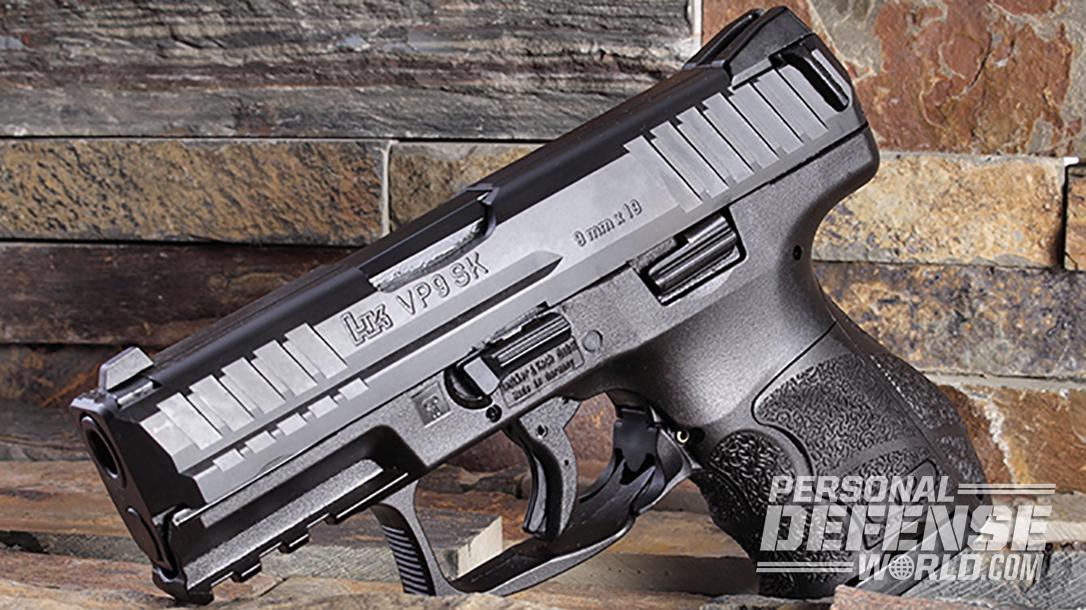 Back in those days, we called polymer “plastic.” The word plastic is actually an adjective rather than a noun, but it has come to refer to synthetic materials that are viscous when hot and rigid when cooled. Such stuff can be formed into the most complex shapes easily and cheaply. It is also naturally environmentally resistant and, if properly contrived, quite strong. While plastic pistols are de rigueur these days, in 1970 they were as unnatural as conservatives in Hollywood.

Which brings us to the HK VP70, a pistol that Heckler & Koch introduced in 1970—one as cutting edge as the moonshot. “VP” actually stands for Volkspistole or “People’s Pistol.” The same moniker was recycled for the recent VP9 and VP40.

Designed for simplicity of production, reliability and modest weight, the polymer-framed VP70Z (“Zivil”) was the semi-automatic civilian version of the select-fire VP70M (“Militar”). The VP70M was issued with a polymer buttstock that doubled as a holster. When mounted on the stock, the VP70M was capable of both semi-automatic as well as burst-fire operation. In three-round burst mode, the gun had a cyclic rate of 2,200 rounds per minute.

The gun was to be reliable and inexpensive so as to lend itself to wide distribution. As a result, the VP70 eschewed the frills you might expect from a typical combat handgun in favor of utilitarian efficiency.

For all of its novel technology, the HK VP70Z was a simply dreadful handgun. Operating via an unlocked blowback action and sporting a legendarily long, heavy, hideous trigger pull, the VP70Z was born as a machine pistol and really never should have left the nursery. However, the 18-round, double-stack mag was commendable, and its rakish lines landed it in several sci-fi movie roles without any ancillary window dressing. It also formed the foundation for the striker-fired, polymer-framed revolution that eventually displaced the service revolver from every law enforcement holster.

The HK VP70 incorporated a number of remarkably prescient features. The weapon was the very image of simplicity and must have been dirt cheap to produce. The unlocked blowback action minimized the overall parts count, and the striker-fired trigger blazed the trail for literally everybody else. However, the massively heavy trigger pull was undeniably atrocious, and the magazine release was arranged in the heel of the gun, as was the European custom.

The HK VP70 also sported novel deep-grooved rifling that purportedly minimized bore erosion but resulted in slightly lower muzzle velocities than might be the case with comparable handguns. This deep-groove rifling is evident when you look down the bore.

And while much about the HK VP70 was right, some of it was quite terminally wrong. Striker-fired triggers were subsequently perfected, but the HK VP70’s definitely had its teething troubles. The system is completely unloaded at rest, so each trigger pull has to fully compress the striker spring prior to activation. By contrast, modern striker-fired versions remain partially compressed by the gun’s action so the trigger can be light and crisp. Were I to conjure a metaphor, I would say the VP70 more favors an industrial staple gun than a firearm.

The trigger intentionally stacks just prior to its break so that a shooter familiar with the system can stage it safely, albeit with difficulty. In so doing, the gun is more accurate than it might otherwise be.

The revolutionary front sight consists of a fixed and polished ramp incorporating a groove cut right down the center. This innovative design renders the illusion of a front post via the negative space produced by this groove.

As mentioned, the HK VP70’s magazine is a double-stack design like that of the Uzi or MP5. This makes loading easy without a tool and allows a prodigious capacity in a modest package. The safety is a simple crossbolt. Push it right and the gun is on “safe.” Push it left and gun is hot. The slide does not lock back when the magazine is empty. 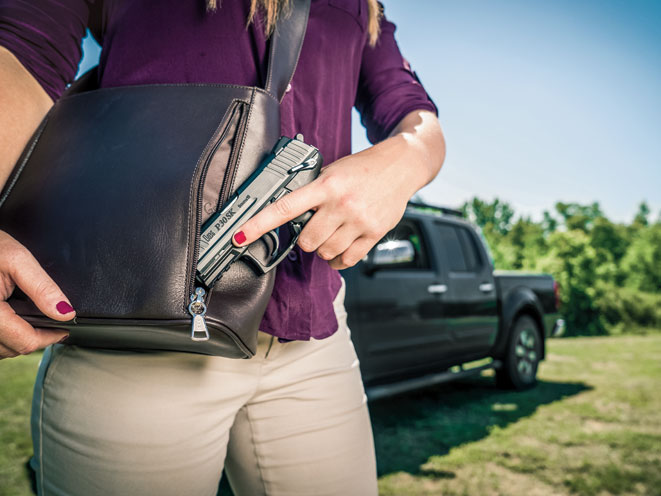 The polymer frame fits the hand well, though its smooth character makes it a bit slippery if wet or rushed. The military VP70M version can be discerned at a glance via finger bulges molded into the frame. The civilian VP70Z lacks these features.

The gun runs well enough for its intended mission. The heavy trigger is arguably the worst I have ever squeezed, but the gun still shoots straight. It’s still an HK, after all. After an afternoon spent turning 9mm ammo into noise, I would rate the HK VP70Z as almost, but not quite, awesome.

The HK VP70’s revolutionary story is one of opportunity lost and potential wasted. The gun remained in production for 19 years, and it was the first high-capacity handgun I owned. I traded that first gun in short order after tasting its wretched trigger but have always regretted it. When I tripped over a copy on GunBroker.com at a nice price, it seemed an opportunity to right a wrong.

Like the Italian Villar-Perosa, the Chauchat light machine gun or, for that matter, the original Volkswagen Beetle, the HK VP70 was a necessary stepping stone along the path toward greater things. In each case, these otherwise unremarkable contrivances were legitimately novel for their day yet remained hampered by the state of the art in either design or materials science. The awkward Villar-Perosa spawned remarkable submachine guns like the MP18, the legendarily flawed Chauchat evolved into such stuff as the RPD and the M249 SAW, and the VW Beetle eventually became every compact car on the planet. These were truly groundbreaking designs for their time.

The HK VP70 was a similar tool. Not unlike a movie star, the gun was rakish and beautiful yet fundamentally imperfect. The basic concept, however, eventually evolved into the ubiquitous Glock, the most popular combat handgun of the modern age.