Police instructors and attorneys with experience often warn that using a gun with a “hair trigger” can be quicksand in court. Yet on Internet gun forums and “around the cracker barrel,” people who’ve never been in court except to pay a traffic ticket say, “It’s never happened. It’s an urban myth.”

Sigh. Time for a dose of reality.

Before World War I, Dr. Walter Cannon at Harvard Medical School defined the “fight or flight” response in human beings. The bottom line: We get stronger. But we also get clumsier, and vasoconstriction robs our fingers of much of their sense of touch. Decades ago, the leading physiologist on this subject, Dr. Roger Enoka, quantified that the startle response, postural disturbance (loss of balance) and inter-limb response (when one hand closes, the other wants to close with it) are among the leading causes of unintentional discharges of firearms in stressful situations. Unfortunately, all these years later, many Internet pundits haven’t got the word. 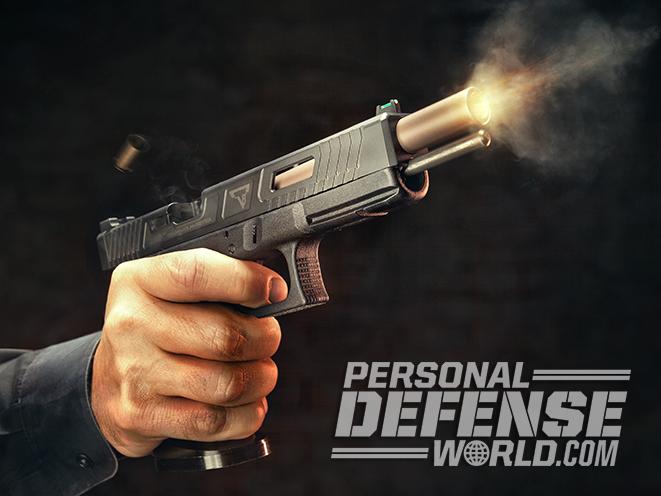 7 Cases That Show Why Warning Shots Are a Bad Idea

In a politically motivated criminal prosecution, those unconscionable enough to bring the charges know that convincing the jury a good person like you acted out of malice (the key ingredient to murder) is very hard. Convincing them that an ordinary good person could be careless and reckless just for a moment (the key ingredient to manslaughter) is easy. In a civil case, the motive for an unmeritorious plaintiff’s action is generally getting money out of deep pockets. Most of us don’t have a million bucks lying around that the plaintiff’s counsel can seize to satisfy a judgment. Our car and home insurers do, however. Thus, if you’ve shot a carjacker or home invader in self-defense, the insurance company’s green blood is in the water for the sharks.

However, no insurance company will pay off on a liability policy claim involving a deliberate act that harmed another. This is known in court parlance as a “willful tort.” But if they base the case around an accidental discharge, they’re into the deep pockets of the insurance company if they win. And if the defendant used a trigger pull lighter than factory specifications, they can win more easily.

Cases One, Two And Three

If the light-triggered gun actually did cause the death or injury, expect the path to courtroom victory to be very steep. Consider Case One, New York v. Frank Magliato. Convicted of depraved murder when his cocked Colt Detective Special revolver went off unintentionally an instant before he should have fired intentionally, Magliato appealed. The higher court only reduced the conviction to manslaughter. Case Two: Crown v. Gossett in Canada. Originally convicted of manslaughter, the conviction was eventually overturned only because the appellate court took into consideration that poor training—not his fault—had caused the constable to cock his S&W Model 10 revolver before the unintentional, fatal discharge.

What is scarier is that when the defendant fires intentionally in pure self-defense, sometimes the prosecution or plaintiff claims that it was unintentional for the aforementioned reasons and because there is no such things as a “justifiable accident” in common parlance. Case Three: Florida v. Luis Alvarez went to trial because a young cop shot a man who was pulling a gun on him and his partner. This triggered a major riot, and the city needed a scapegoat. The prosecution dreamed up a theory that he had cocked the hammer of his .38-caliber S&W Model 64 service revolver, which had a trigger return spring shortened by a couple of coils, and then accidentally discharged the single fatal shot, thus justifying their charge of manslaughter. It took two months of trial to win the acquittal, which would cost over a million dollars today.

Today, Glocks are the most common pistols among both police and armed citizens. Glock itself stipulates that no less than the standard 5.5-pound trigger should be in place for anything but target shooting. In Case Four, Santibanes v. Tomball, a Texas cop had put a 3.5/4.5-pound connector in his Glock 21, and in Case Five, Galmon v. Phebus, the Louisiana deputy’s Glock 35 had been retrofitted with a Travis Haley Skimmer trigger system. In each case, an exigent circumstance had led to an unintentional discharge. In each, the involved officer was cleared from culpability by investigation and not charged. However, each resulted in substantial “hits” in civil lawsuits. 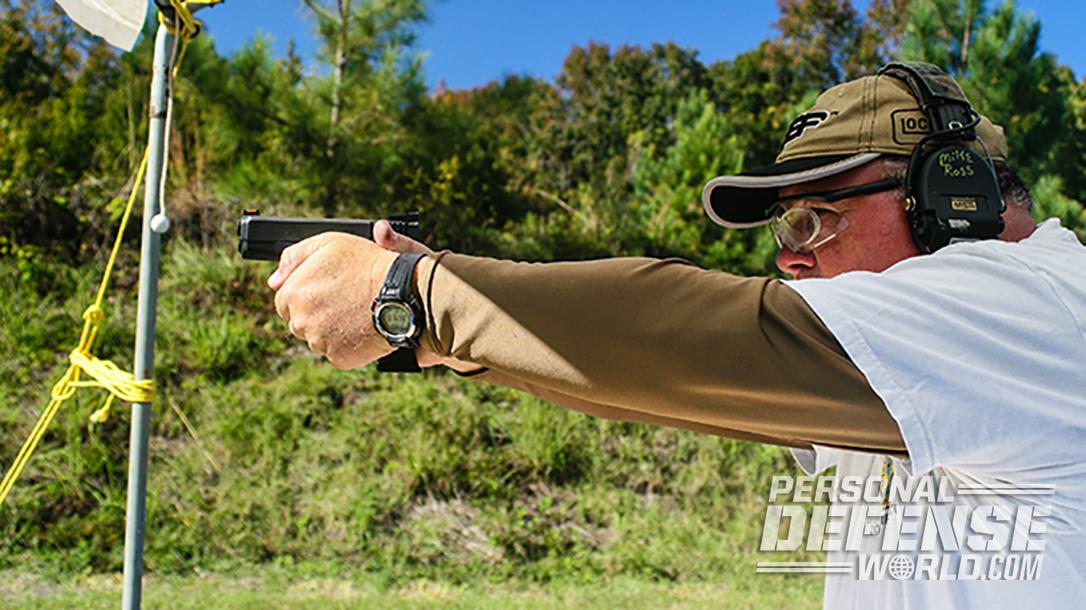 In Santibanes, the chief of police told me the final tariff was $450,000: $200,000 in legal fees prior to the judge denying the motion to dismiss because the 3.5-pound connector had created an issue for the jury, and a quarter-million in an out-of-court settlement. The final cost of Galmon has not been made public, but one source close to the investigation has been quoted as saying, “The [aftermarket trigger] added a zero to the amount of the settlement.”

Do You Need A Hair Trigger?

If you claim you needed a hair trigger to prevent a miss that could strike a bystander, expect opposing counsel to tell a jury of laymen, “He admitted that he was such a poor shot that he needed his orthopedic trigger to hit a man-sized target! Shouldn’t he have admitted to himself that he was incompetent to carry a loaded gun in public?”

Having won three state matches for cops by shooting a Glock 22 with a “NY-1” trigger system and 5.5-pound connector, for about an 8-pound total pull weight, I don’t think you need a “hair trigger.” Try 3.5- versus 5.5-pound pulls on identical Glocks in your own timed and scored drills and see for yourself.